The froggy mini 3 pro now has a tophat! 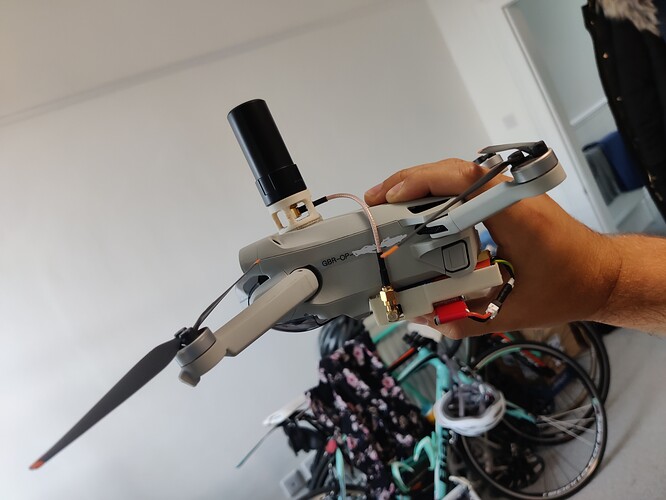 This is a lightweight RTK receiver coming in at about 60g including a 750mah battery, would be less without. Make from a Raspberry Pi Zero 2 W, with a U-Blox M8T receiver and a Beitan BT520 antenna. Stuck in a 3D printed housing and attached with dual lock. The total cost of doing this is about £200, you can do it for cheaper if you scrounge parts, it cost me about £100 as I bought the GNSS IC seperately and soldered it to a cheaper protoboard than what is commercially sold.

You do also need a base station to provide the corrections, thats a whole other kettle of fish but at a minimum you need a second set of everything above. I’m using a higher grade antenna (Trimble Zephyr Geodetic) but the same receiver (M8T). I use RTKLIB for all my post processing

Flew it for the first time and a few things came to note:

Now for the figure, Yellow is the GNSS from the Mini 3 Pro (via. airdata), Red is the post processed kinematic data from the external module. 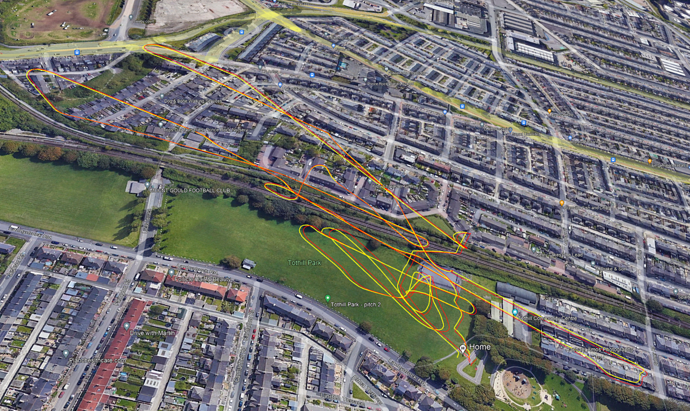 Firstly, it’s worth saying that the inbuilt GNSS does impressively well here! You can see it lags behind a bit in the turns as the internal ‘model’ is catching up most likely. The heights are pretty close as well, although it has the advantage of aiding though all the other onboard sensors.

The external receiver performed ideally with a 97% fix rate. Hopefully this weekend I can get out to scan something and see what the performance difference is in photogrammetry, which is the only real use for this.

Only issue that still exists is how to input offsets for the external antenna, as you need the heading data to correct for position at the sensor. For any commercial advantage, this would be essential. I could probably script something to take the Air Data log to compute the offsets with the internal heading.

What a cracking project @Bobbysmile

Can I just check, you’re not feeding the RTK data in to the Mini at all, right? You’re just recording it separately in the “black box” underneath?

ie, the Mini has no awareness of RTK what so ever?

Correct, however over short ranges the black box can transmit and receive over WiFi. For now it’s not doing any real time corrections on the chip either as its easier to check the quality by doing it in post.

However… This is the same manufacturer of chip that DJI (and to be honest almost all small integrated GPS chip users) use.

There is no particular reason (short of having to tear the drone apart) that you couldn’t hijack the coms line for the internal chip and feed in the corrected data, as well as tapping into some internal 5v supply for the power. There just isn’t much benifit as its just as easy to location tag stuff with exif tool after the fact.

Later in the year I’ll be adapting this for a self build, at which point I can do the corrections live over radio

There just isn’t much benifit

Only using the more accurate data that would then be included in the DJI log files that one can upload to AirData.

I think the difference would be marginal as I get the inkling DJI don’t feed ‘raw’ location into the log files and are using all the extra sensors to generate a sort of smoothed inertial location given how close the two traces are.

My other concern feeding the data in would be if you drop the RTK solution, for example fix to float is about a 10 cm jump, float to single (e.g if you loose the corrections) is a few meters jump, and I don’t know how the internal position model would handle that. Having said that the P4PRTK and the Enterprise RTK must both be able to deal with that and I imagine its all the same underlying code. 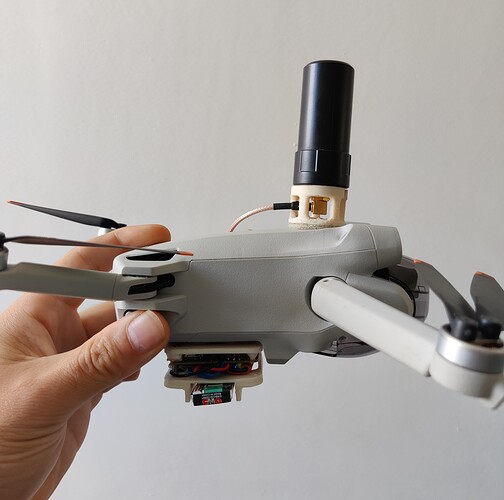 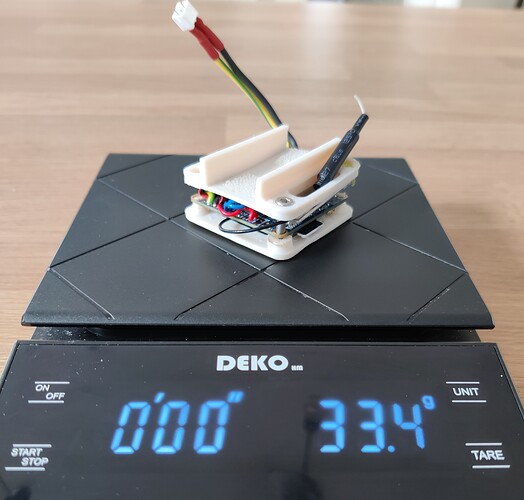 Here’s someone charging $2000 for the same solution for a mini 2: 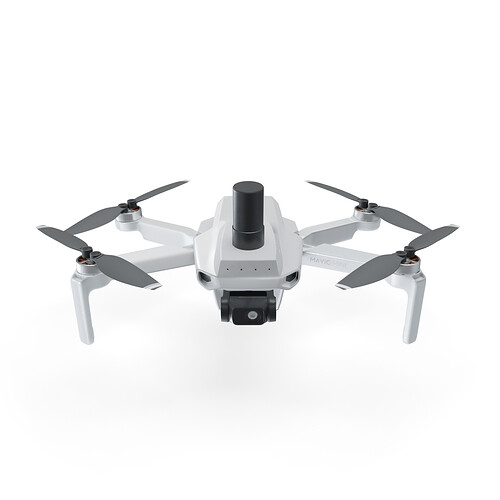