I would tend to think that if a make is so obscure that you have never heard of it there may be a reason.

I had a very quick look at the website.

One of the main selling features is the 56-minute flight time which, on close inspection is possible because it has two batteries, one only of which can be used at any time for a 28-minute flight. On that basis a Mini2 flymore (three batteries) has a flight time of well over 90 minutes.

Transmission of control and of video is via 5g with a whopping “up to” 1900 foot range.

This is in the small print -

Delivery address outside the united states charges 100-150 dollars per item.

(Capitalisation and grammar directly from site)

It also informs you that customs duties and local taxes are likely to be incurred - expect VAT and import taxes on top of the 500 dollar price.

Shall i go on?

I think they are a rebrand of a SJRC model, which is probably a rebrand in itself. Certainly not worth anywhere near the $399 listed on the site.

I was going to buy a cheaper drone from a local shop. The owner asked my budget and I told him £300 was my max, he done the usual and told me for a little more I could get much better, ie the mini2. I thought he was just trying to get himself more profit until I went and done some serious research that led me to this place. I’m so glad I spent the extra, worth every penny. My mate had a holy stone that was 350 and I thought it was great, then I got my hands on my mini2. The holy stone is still ok, but it just cant match the mini2. Incidentally once my mate had a shot of mine he ditched his and got the mini2 as well

Not cheap but actually fit for purpose unlike basically all of these kinds of products.

You might also consider looking for a second=hand DJI drone, especially when new models come out as then the prices of the previous models drop.

And feel free to ask advice about any particular drone that you see - some apparent bargains are not bargains!

You might also consider looking for a second=hand DJI drone,

I think I’m quite possibly over the 100 mark with the number of drones currently in my fleet, the vast majority of which were bought secondhand, but surprisingly only three are what I’d call DJI modern marvels, those being the Spark, the Mini2, and the FPV Drone.

The current trend is to have compact and bijou drones, (Mostin), but if you think you might be spending most of your time flying in open countryside (A3) then larger drones can be had for relatively little money, and they make great trainers before you spend serious money.

My favourites in this class include:
Yuneec Q500/Blade Chroma, - I have one Q500 and I think four Chroma’s. They were all less than £100 each, ready to fly.These are really easy to fly and are very reliable. They were supplied completely ready to fly with a very good controller with a built in Android computer, 4K camera on 3axis gimbal. Even though they are quite old by drone standards you can still get the proprietary batteries, through with the Yuneec Q500 there is a simple 3D printed accessory that will allow you to use any suitable hobby LiPo.

3DR Solo. I think I have three of these, the most expensive was £120 which was supplied with four batteries, a Gopro4Black, two gimbals, and boxes of spare parts, all in a 3DR backpack. Even though it was released in 2015 this drone is still one of the most technically advanced ones aimed at consumers. It really is a flying computer. And thanks to 3DR releasing all the code and schematics to the OpenSource community the available APP’s and firmware are still being updated fairly regularly. This was the second to last drone released designed to carry a GoPro supplied by the user. Original batteries are very hard to come by, but there is a simple accessory that will allow you to use a regular 4S 5000mAh battery and still get all the battery telemetry.

If you want something smaller and more modern I can highly recommend the Parrot Anafi. It’s a little heavier than the Mini2 so does not fall into the sub-250g category. This drone is very, very quiet, probably the quietest currently on the market. Has a 4K/30fps@100mb/s camera with HDR capability and a lossless digital zoom. Flight times are in the 20-25minute region. It is very easy to fly and very agile. I’ve seen these selling for between £200 and £300. I think a couple of members on here have managed to purchase them for less.

Though I don’t own one, the Mavic Pro can be purchased for a similar price as the Rukon you linked to. I’ve also seen a few Mavic Pro 2’s going for not a lot more.

All good ideas. And great recommendations for someone who has learnt the basics of flying

But for someone buying their first aircraft I will stick with the DJI plan - a secondhand Mavic Pro or Pro2 would be a great idea if funds don’t stretch to a new Mini.

Just as no fleet manager gets fired for buying Ford, even when there are better vehicles to be had for similar prices, no one is going to get (much) grief for buying DJI. Both Ford and DJI have a large fanbase, both have a great deal of knowledge and advice about them in written and video form and both perform well for the money.

And thanks for the Fry and Laurie reference, it’s one I use often! 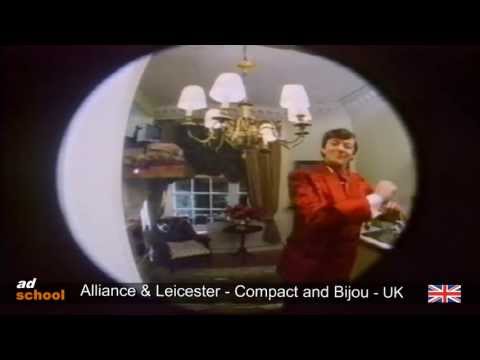