Rumbling Bridge - Added to Forests and Trees in Scotland 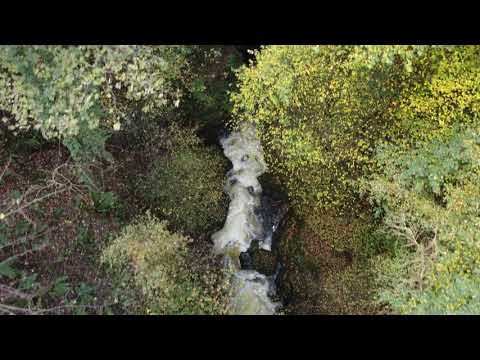 This location has been recommended to fly your drone in the Forests and Trees category in the Scotland region.

There are parking spaces on the road here but I went here after not being back in years and there are far more trees over the river than I ever remember and I wouldn't advise flying low as it is so overgrown. Also, that wind blows hard through the bridge and will throw a little Mini 2 about Rumbling Bridge is a small village built on both side of a gorge of the River Devon, which formed the boundary between the historic counties of Perthshire and Kinross-shire and is now within the combined Perth and Kinross council area, Scotland, where the A823 leaves the A977. It lies roughly 1 mile equidistant from Muckhart to its north, Crook of Devon to its east and Powmill to its south. It is named after an unusual double bridge, which gives off a distinctive rumbling reverberation at lowe Th...

The originator declared that this location was not inside a Flight Restriction Zone at the time of being flown on 21/10/2021. It remains the responsibility of any pilot to check for any changes before flying at the same location.