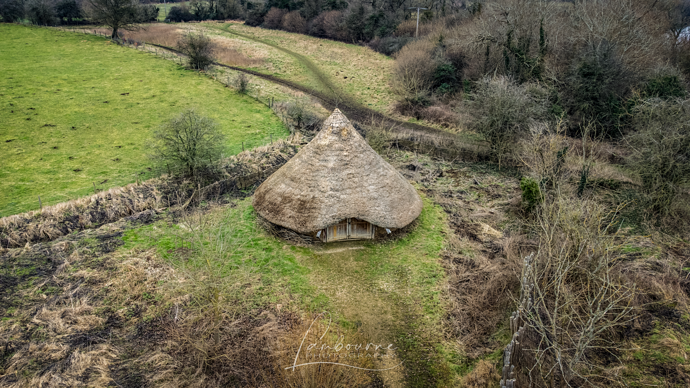 Parking was outside of Greystones Farm by the Cemetery. TOAL was just outside the Rissington FRZ. So if you are planning to fly here, be very careful. A third of the site crosses over into the FRZ.

On the outskirts of Bourton-on-the-Water, in the heart of the Cotswolds, lies an extraordinary historic site combining an Iron Age fort and town, a nature reserve and Site of Special Scientific Interest (SSSI).

Within the Greystones Farm Nature Reserve, managed by the Gloucestershire Wildlife Trust, lies an archaeological site of national importance. Salmonsbury Camp is a prehistoric earthwork enclosure erected in the Neolithic period, over 6,000 years ago.

The site was occupied throughout the late Neolithic period, the Bronze Age, the Iron Age, the Roman period and the Dark Ages, until it was finally abandoned in the 5th-century AD. The first evidence of human habitation is a large Neolithic causewayed enclosure, established as early as 4,000 BC.

The Neolithic enclosure was not a permanent settlement but a meeting place or ceremonial centre, perhaps a place to worship, trade, or feast.

The causewayed enclosure is made up of roughly concentric ditches and banks around a central area. The ditches are not continuous but are fragmented into short lengths. Similar enclosures in other places have revealed bones and pieces of pottery in the ditches, but no such remains have been found at Salmonsbury.

Roughly 3,000 years after the causewayed camp was built, around 100 BC, a hillfort was constructed, probably by the Dobunni tribe, who controlled this region. Given its low-lying location it seems clear the hillfort was not built for defence, but as a focal point for administration, trade, and community. The hillfort was defended by double ramparts made of gravel, braced by drystone walls.

The Iron Age settlement was only in existence for 150 years when the Romans arrived in Britain. Under the Romans, the focus of settlement shifted west. The hillfort was not abandoned completely, however, until sometime around 420 AD. After the Romans departed, the Anglo-Saxon settlement of Bourton grew up outside the fort's ramparts. 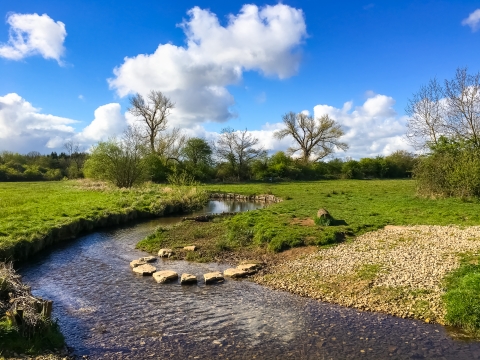 GWT coronavirus update: during this difficult time, we know how important it is to get outdoors for fresh air, exercise and to immerse yourself in nature. Please visit with sensitivity and care, and adhere to government guidelines. The cafe and...

The originator declared that this location was not inside a Flight Restriction Zone at the time of being flown on 23/01/2022. It remains the responsibility of any pilot to check for any changes before flying at the same location.