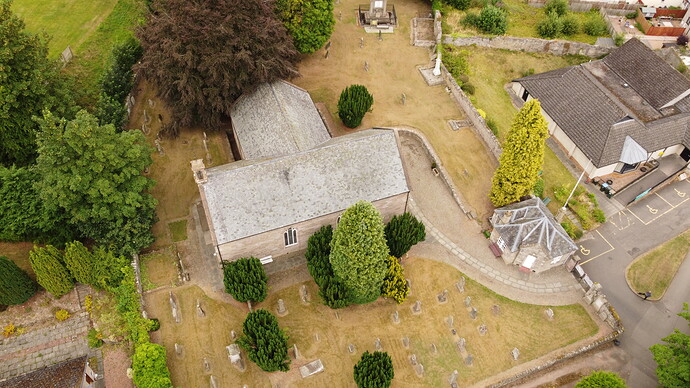 This location has been recommended to fly your drone in the Places of Worship category in the Scotland region.

A Church built in 1786 near to Scone Palace. Moved to its present site in 1806 using stone from original building. Mansfield pew was presented by Queen Anne of Denmark in 1615. There is also a memorial to David Douglas, botanist, in the graveyard whom the Douglas Fir is named after. The local primary school also carries the name of his son Robert Douglas. It was this family who discovered a means of extracting a setting agent called fruit pectin used in setting jams.

The originator declared that this location was inside a flight restriction zone at the time of being flown. Permission to fly was obtained from Perth Airport ATC. It remains the responsibility of any pilot to check for any changes before flying at the same location.