Sharpness Marina - Added to Rivers and Canals in South West 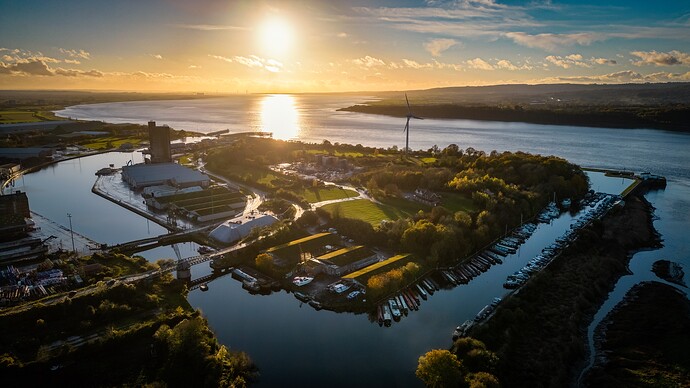 Work began on digging out what was then known as 'The Gloucester and Berkeley Canal' in October 1794, and work started on the Entrance Basin at Sharpness in July 1818.

Sharpness Marina is sited on what was the original entrance to the Lock Gates allowing access to the River Severn when the Canal was completed in 1827.

The first two ships to come through the canal were Meredith, with a cargo of brandy from Charente, France, and Annie, which came from Bristol to pick up salt for the Newfoundland fisheries.

Sharpness New Dock, with lock gates double the size of those already used, was opened officially in November 1874.

The Gloucester & Sharpness Canal was once the broadest and deepest in the world. Even today, it stands out from other navigations because of its sheer scale and impressive engineering.

The new dock at Sharpness was opened in 1874 and is one of the most inland ports in Britain, and the eighth largest in the South West. It serves as the gateway from the River Severn to the Gloucester & Sharpness Canal