So I have a Squirt coming over from Shendrones in the USA but I have yet to decide whether to go with a 4S or a 6S build. Has anyone tried 6S on a cinewhoop?

Most cinewhooping run 4s I can’t thing of any that run 6s is it just the frame you ordered or a whole built quad?

It’s just the frame and 3d printed parts. I’ll be fitting a DJI air unit in it but haven’t decided any thing else for it yet. On the Shendrones site there is a page saying that using 6S is now “highly recommended” for new builds but it doesn’t really explain the advantages for a cinewhoop which are generally flown slowly.

I can think of any motors suitable for a cinewhoop that will even support 6s.

I would look at 4s

I think the recommendation of 6s on a cinewhoop is to extend flight times.

The quad requires power, measured in Watts, to maintain flight.

So the higher the Voltage the lower the instantaneous current draw. Meaning a 6s pack would provide greater flight times for the same capacity at 4s.

That’s just my take on it as a Cinewhoop would not be required to perform the same manoeuvres as a full on Acro Freestyle Quad using the same 6s packs.

That’s a good point as it seems that people on YT using cinewhoops on 4S get quite short flight times.

I see unmannedtech have these in stock …“TBS Ethix Flat Rats 1507 2800kV Motor” designed for 6S. A bit expensive as anything with the magic “Ethix” does but might be worth trying. Currently my Squirt is still in transit in the US so I have probably a couple of weeks (at least) to make my mind up… and my DJI gear is still in China!

Frame arrived sooner than I anticipated. 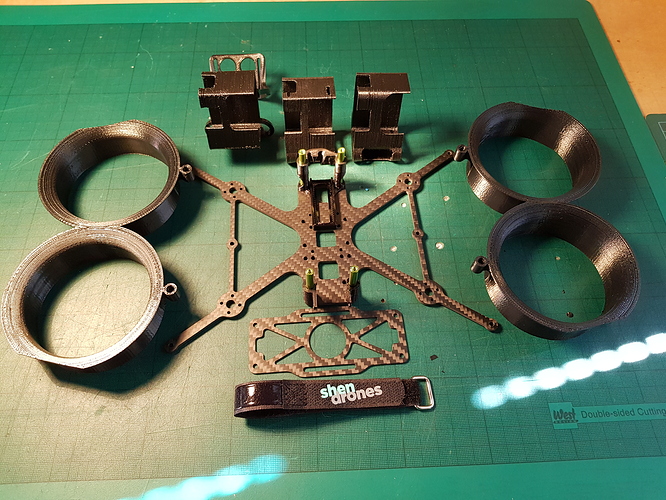