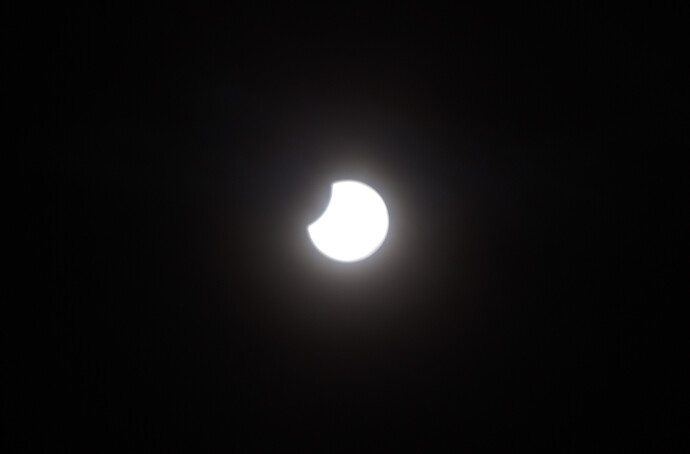 The event will start just after 10:00 when the Moon will begin to pass between the Sun and the Earth.

That would explain why the sky’s gone moody

Totally grey clouds here so might as well have given up before it started. 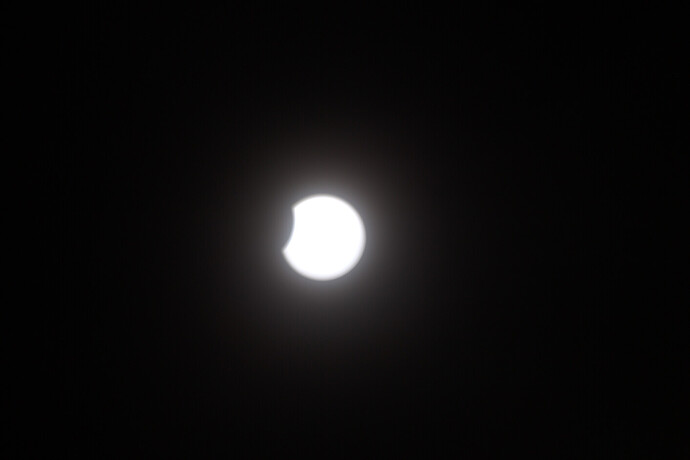 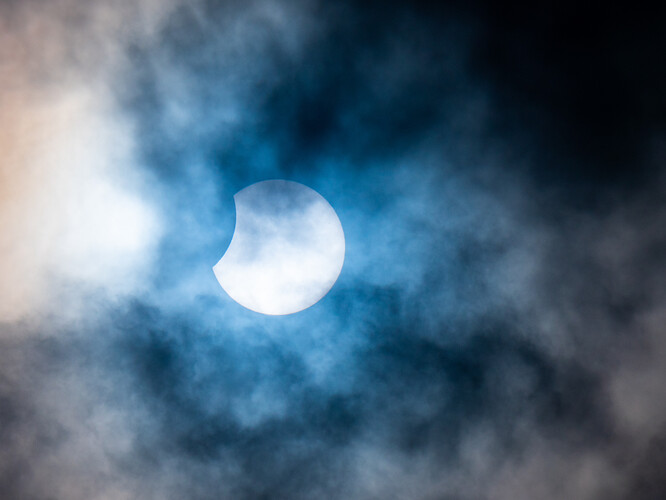 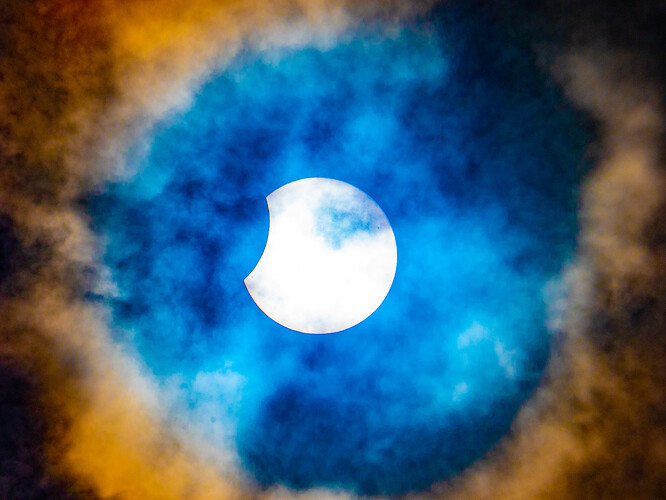 That was meant to be 0 saturation … which I rather like … 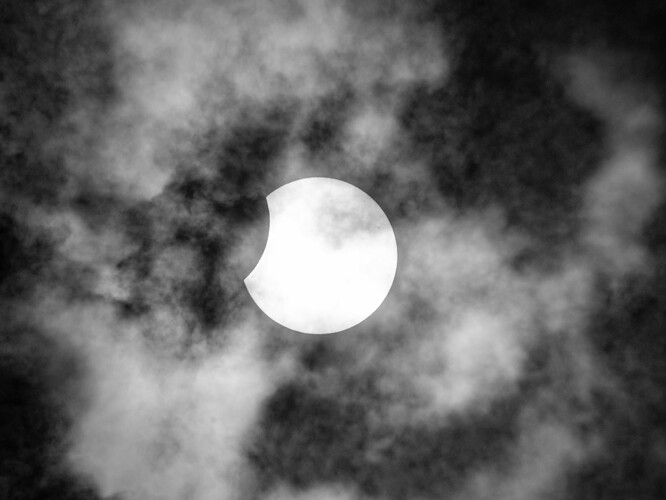 Just taken on my phone through a pair or prescription sunglasses. Partial eclipse of the sun. Not very good quality but someone forgot to bring a 16 stop filter for the DSLR. [20221025_105154]

Late to the party @clinkadink
I.posted mine almost an hour ago

Thanks for reminding me.

Late to the party

That’ll teach me for believing the news, i.e. peaks at 11 am. 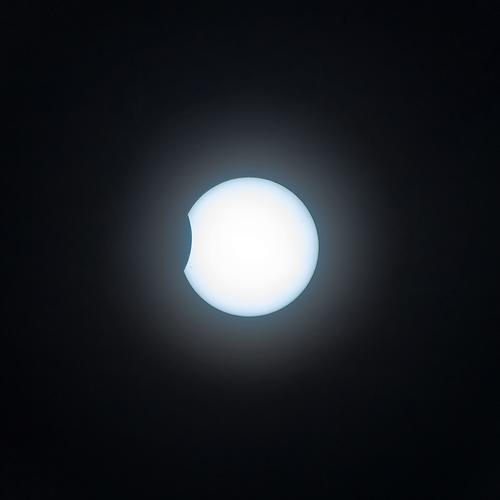 My brain even remembered to change all the rather extreme settings back to normal - before I grabbed the camera in coming days and wonder why everything came out black.

although times will vary slightly depending on where in the UK you are.

LOL! Great advice - should have taken it and checked, @clinkadink

LOL! Great advice - should have taken it and checked, @clinkadink