As I was sick with Covid, I missed the Split S challenge.

However, I did get out tonight and tried my first ever attempts. I have not uploaded video of all the attempts, as some seemed more like a roll followed by a forward flip, rather than a dive.

The two in the video below seemed to hit the mark better, especially the second one. Is this correct, or have I missed something fundamental? 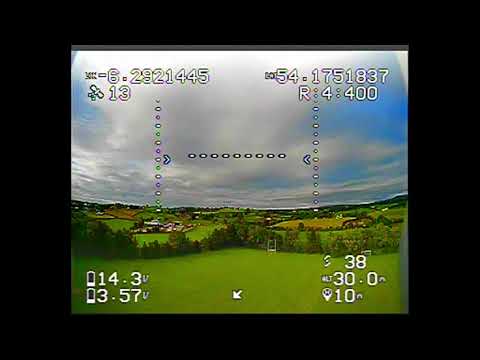 Thanks for any feedback.

I’m sure you’ll find that you’ll do this move with ease after your practice sesh. You’ll just do it instinctively.

Loose the osd. Apart from the name and battery

Loose the osd. Apart from the name and battery

I like having the GPS stuff as well. As an absolute minimum the LAT/LON has helped me find my downed quad on at least one occasion, and I suspect it won’t be the last.

But, yes, the horizon guide is so laggy it’s practically useless anyway.

Yeah, I get what you say about the OSD, I’m used to having it there, and the artificial horizon is a bit of a crutch when I’m cruising to help keep my attitude constant.

Unless the GPS comment is about doxxing? I also have the GPS on the screen of my radio, and I’ve used that when I’ve not seen exactly where I’ve crashed. I guess dropping the GPS is probably a good idea in either case…

Thanks for the feedback, believe me, there were many bad attempts to get those two reasonable ones…

To me the OSD is fine. I have all GPS on mine, plus current, mah used fly time, all sorts.

I only miss out the artificial horizon stuff…

Use what you need…

More OSD, so much OSD that you can’t see the camera output… that’s how I roll anyways

Don’t get me wrong, I like lots of stats on my wing, but haven’t the time to read stuff on a quad