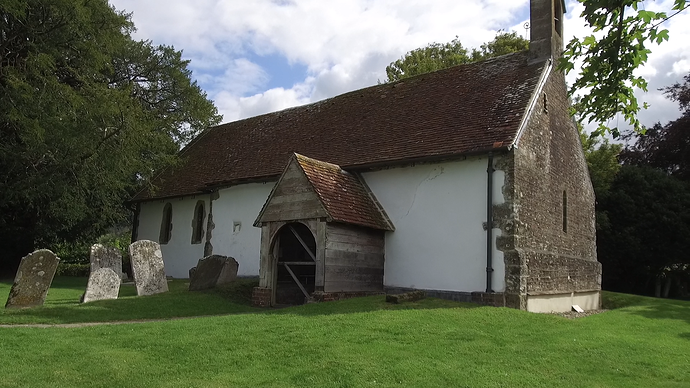 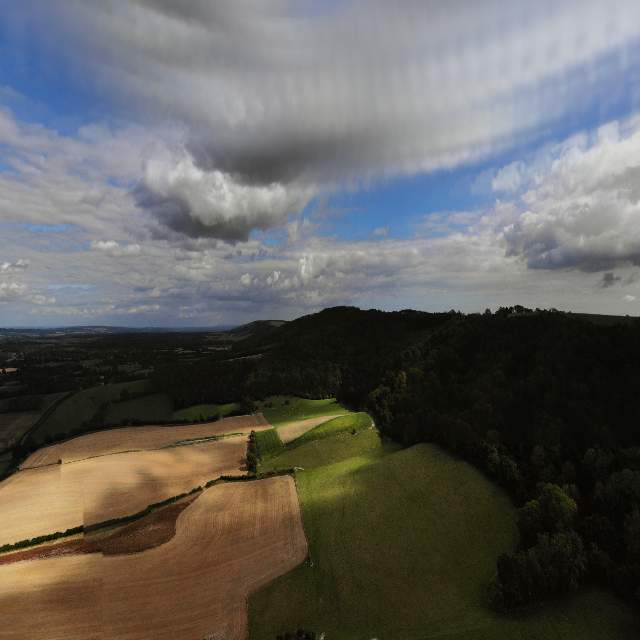 This location has been recommended to fly your drone in the Places of Worship category in the South East region.

The church stands isolated, surrounded by agricultural land. Visible in the satellite image for this entry is the public footpath leading south from the church to the Wooded and steep slopes of the South Downs. As sheep are often in the fields dogs must be on leads.

Parking is in the lane leading to the church. There are few spaces for tuning, be prepared to reverse a reasonable distance.

The roads leading through the villages and countryside toward the church are narrow and also have great views. This is a location to enjoy at leisure. It is well worth spending a little time in the simple church itself, places of worship rarelt get plainer or more simple.

"St Andrew, Didling is known as ‘ the shepherds’ church’ because of its location on the northern slope of Didling Hill, close to the ancient drovers’ track across the South Downs. The current building dates largely from the early 13th century, although there are indications of an earlier church on the site.

St Andrew’s was constructed with flint walls, which are part rendered and white painted. There is a small west turret which houses one bell dated 1587. A ‘modern’ timber porch has been added to the north side.

There is no division between the nave and chancel at St Andrew’s, but the north wall of the church returns in at the end of the nave. Externally the quoin of this return looks like Saxon long and short work, but realistically this would be reuse of salvaged masonry. The south church wall continues in a straight line through nave and chancel The two south chancel windows have ogee heads which suggests that this wall was rebuilt in the 14th century. The east and north chancel walls both have two 13th century lancets.
The oak pew ends are original 15th century, but the seats and backs are modern replacements.
The altar rails and the pulpit are 17th century Jacobean.
The oldest item at the church is the Saxon font, which could have been retained from an earlier building on the site, or perhaps brought in from elsewhere. It was hand hewn from a single block of Bracklesham stone, and is thought to be on of the oldest fonts in the country."

The originator declared that this location was not inside a Flight Restriction Zone at the time of being flown on 06/09/2020. It remains the responsibility of any pilot to check for any changes before flying at the same location.

Thank you @macspite for (again) adding to the DroneScene map.