St. Oswalds Church Luddington - Added to Places of Worship in Yorkshire and the Humber 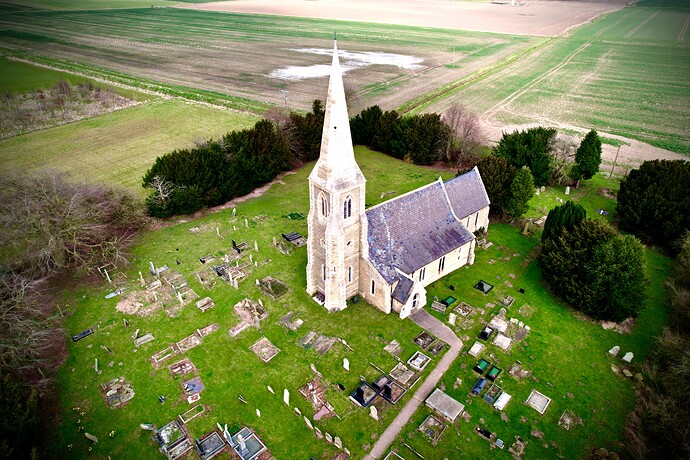 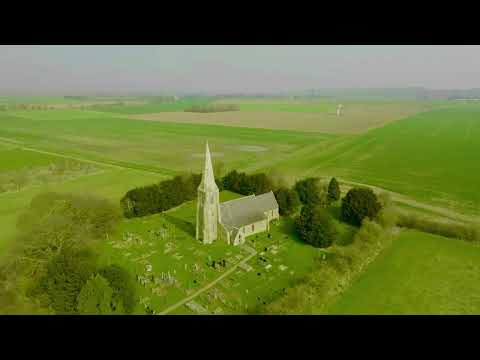 This location has been recommended to fly your drone in the Places of Worship category in the Yorkshire and the Humber region.

The parish church is a Grade II listed structure, built in 1855 in Gothic Revival style. The nave has four bays, with aisles to the north and south, and a porch adjoining the south aisle. The chancel has two bays, to which is attached a vestry, and at the western end there is a three-stage tower with an octagonal broach spire. Construction is of sandstone and limestone ashlar masonry, with the roofs clad in Welsh slate. Internally, there are several English church monuments which predate the construction, including a white marble Roccoco tablet to the Worsop family dating from 1758, a wall tablet to Elizabeth Lister dating from 1729, and a tablet commemorating Captain Augustus Webb, who died from wounds during the Charge of the Light Brigade at Balaclava in 1854. The building replaced an earlier medieval church, details of which are provided by an illustration made by C Nattes in 1794, and now in the collection of Lincoln City Library. It was cruciform in shape, with a wooden steeple.
Access is via a single track road only a small amount of parking. Walk down the beautiful tree lined walk way for 150 yards then the view of the church opens up.

The originator declared that this location was not inside a Flight Restriction Zone at the time of being flown on 25/03/2022. It remains the responsibility of any pilot to check for any changes before flying at the same location.