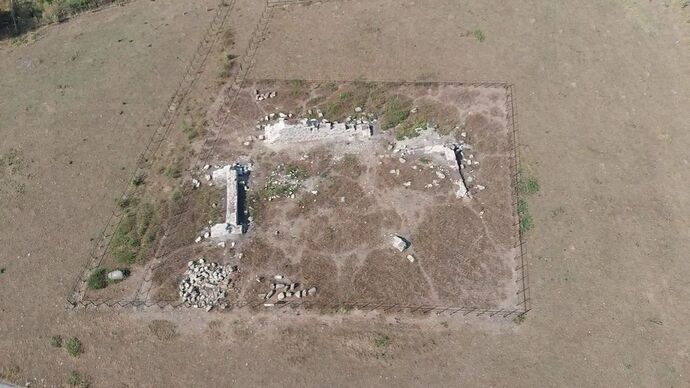 The medieval church of St Peter was intact at the beginning of the 19th century but is reduced to a ruin today. The chapel is important because of its historic significance, having been restored in the late 16th century by Sir Henry Lee and formerly containing his tomb, together with that of his wife Anne Vavasour.

The originator declared that this location was not inside a Flight Restriction Zone at the time of being flown on 04/08/2018. It remains the responsibility of any pilot to check for any changes before flying at the same location.

Looks a good spot. Do you know if the landowner permission is indefinite?

@DronePix can you share the details of the permission?

Was it just for you? Who did you contact? etc