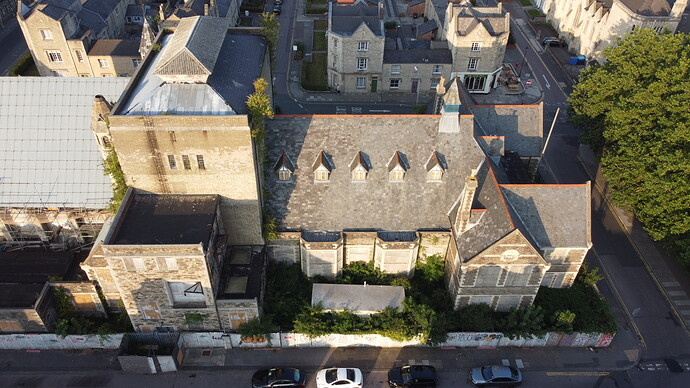 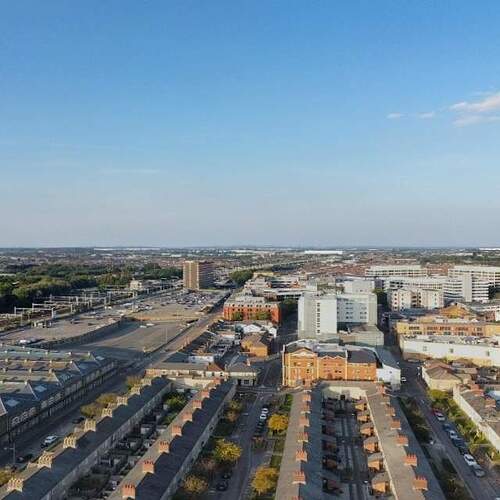 Swindon Mechanics' Institute is a derelict Grade II listed building located in the centre of Swindon. Parking is free adjacent to the property. But be careful with the railway area 100m north. It is a 5 minute walk from Swindon train station. 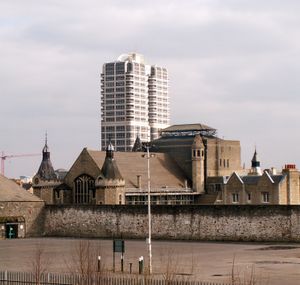 Swindon Mechanics' Institute is Grade II* listed building in Swindon, Wiltshire, the centre of a former professional institution. Paid for via subscription by the Great Western Railway workers based at Swindon Railway Works, the building was designed and constructed by Edward Roberts and completed in 1855. It contained the UK’s first lending library and provided health services to workers. It was enlarged in 1892-93 by Brightwen Binyon, after which the committee opened up its health services to... 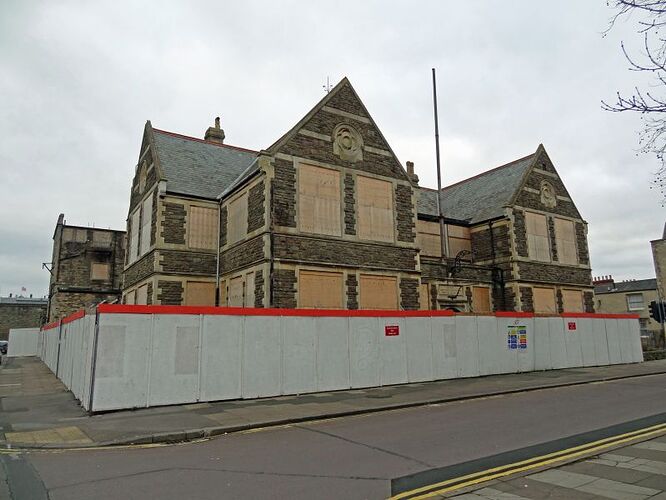 The originator declared that this location was not inside a Flight Restriction Zone at the time of being flown on 06/09/2021. It remains the responsibility of any pilot to check for any changes before flying at the same location.