Flood waters remained high around Tewkesbury over the weekend with a number of red warnings in place from the Environment Agency.

I headed up there just in time to get some Golden Hour shots of the flood. It is bad up there. The River Servern and River Avon have both burst their banks, filling the plains in between. Tewkesbury is almost an island.

The River Severn and River Avon’s normal size is shown in blue (below). The flood is shown in red. 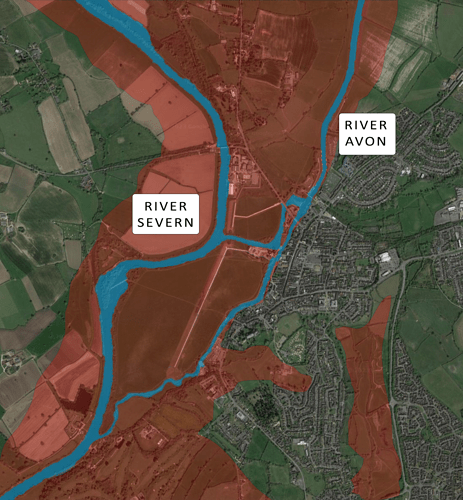 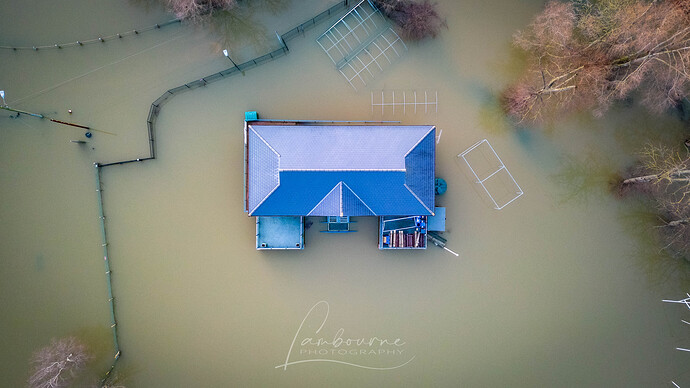 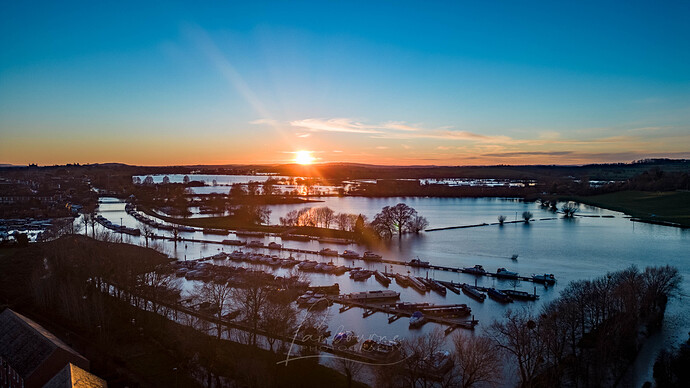 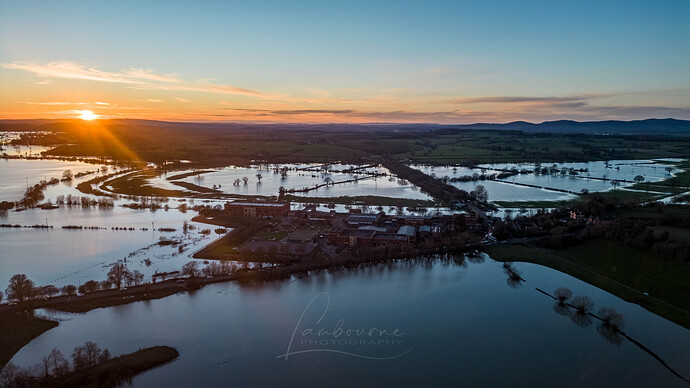 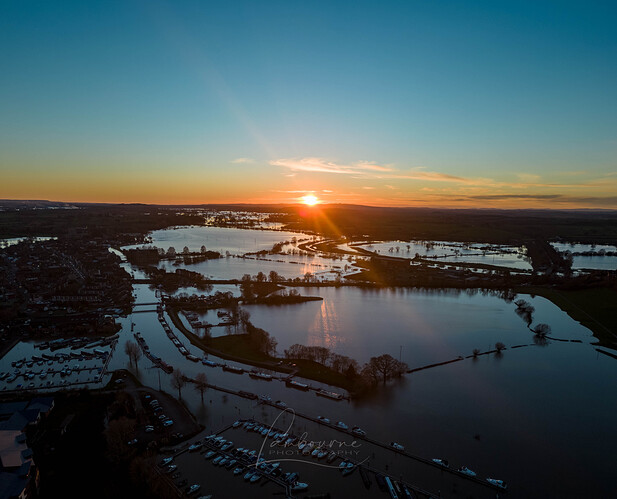 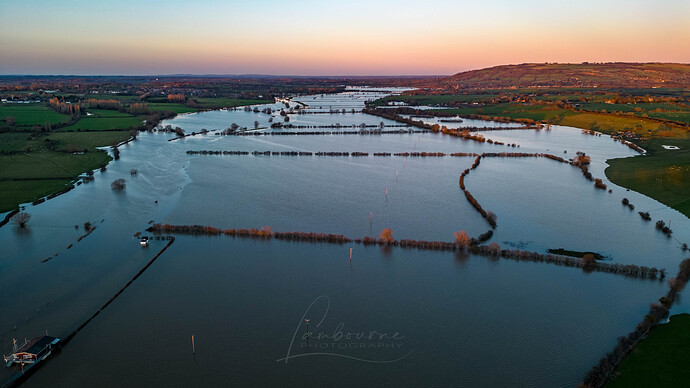 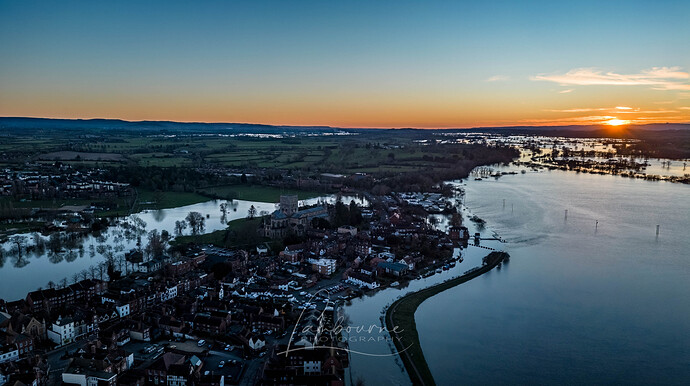 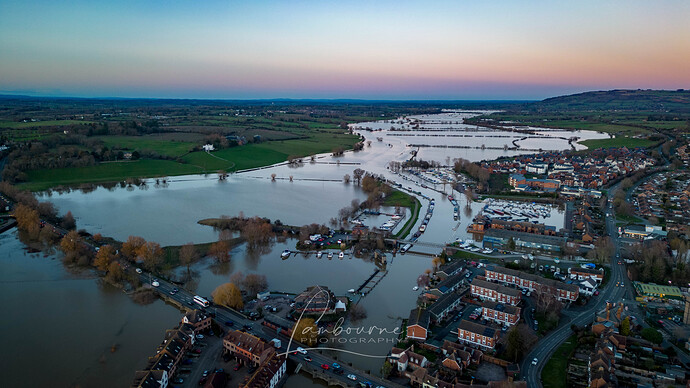 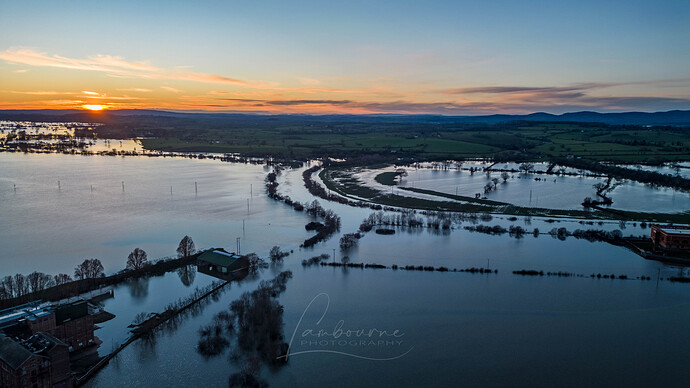 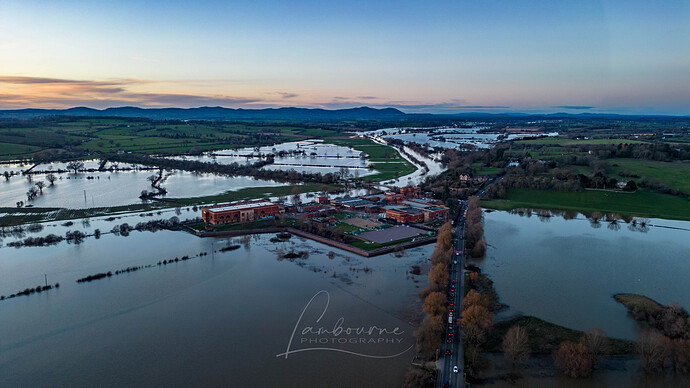 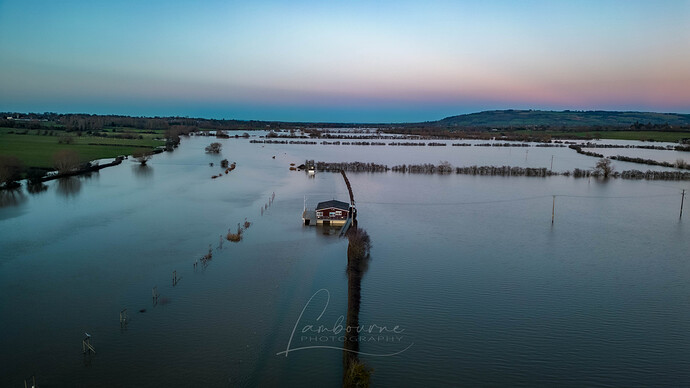 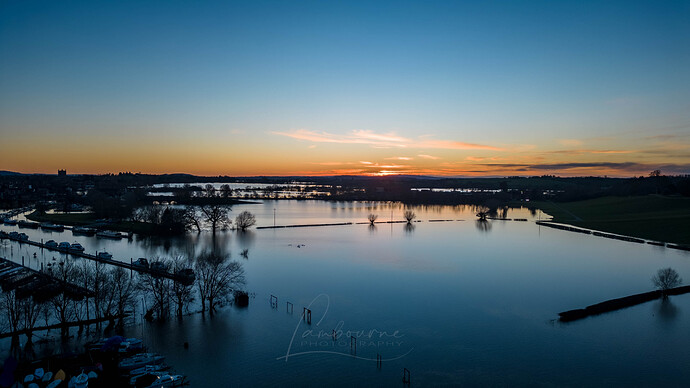 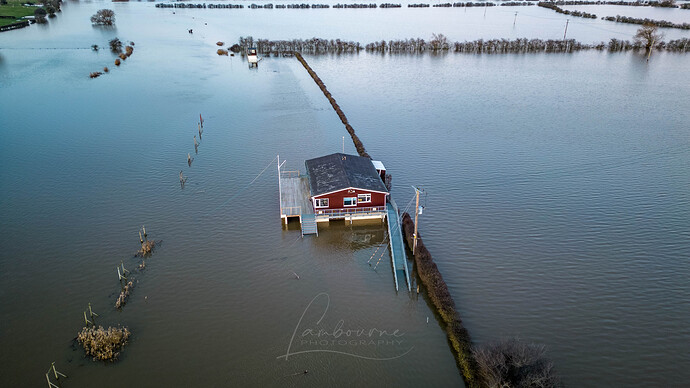 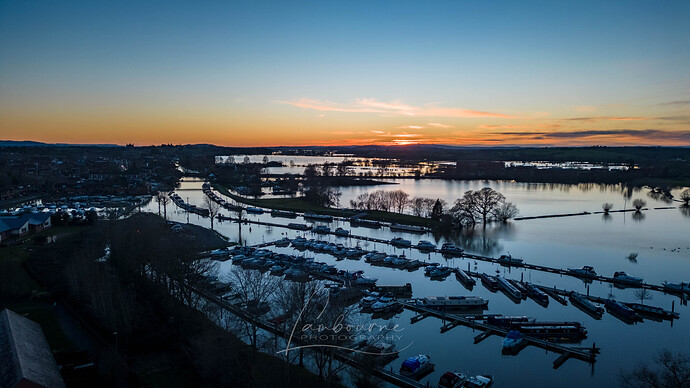 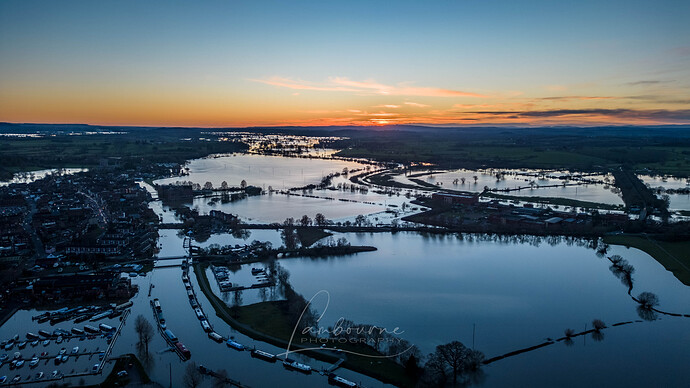 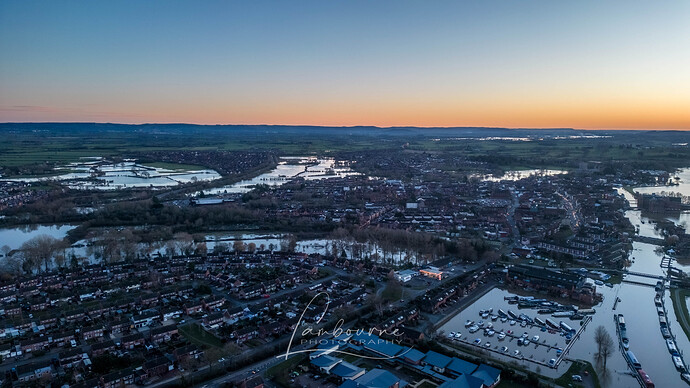 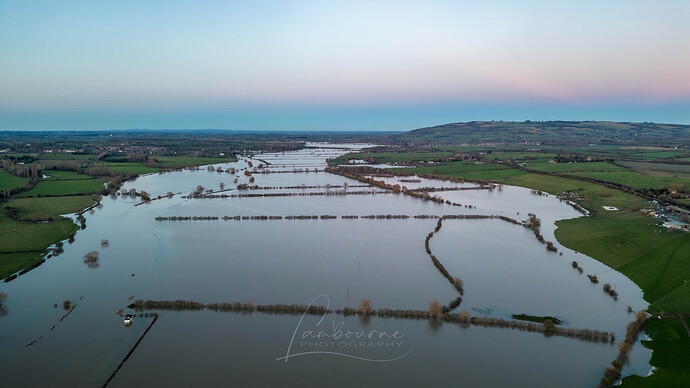 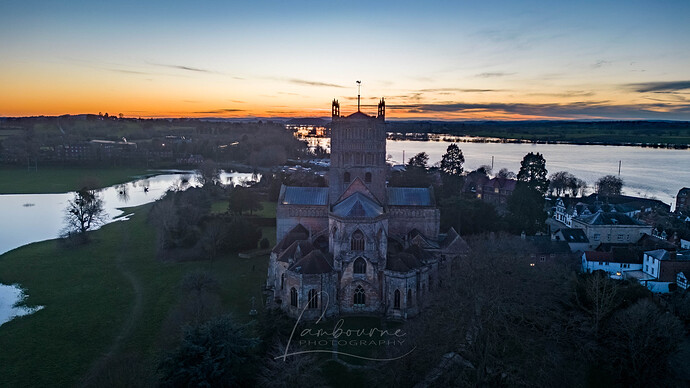 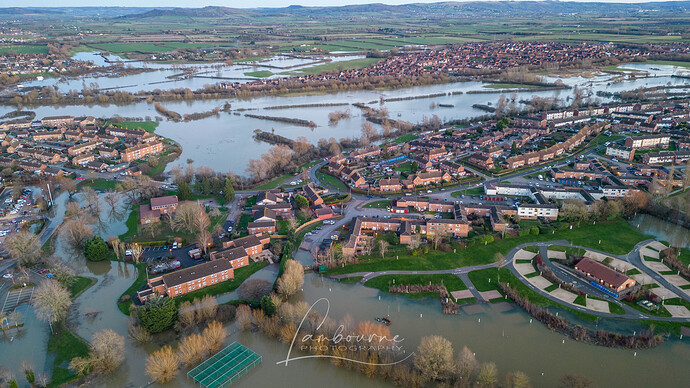 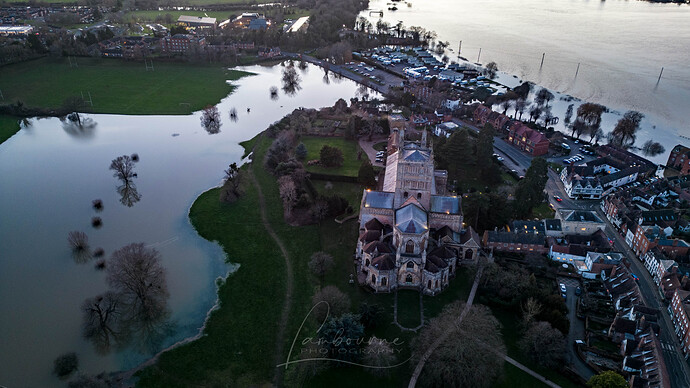 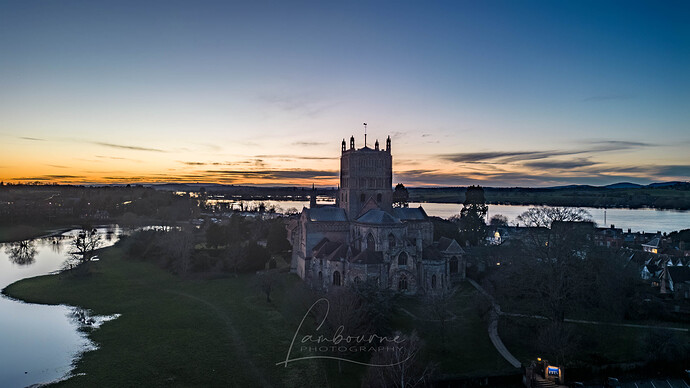 Whohoo, I made the news

@PingSpike is that worthy of a Celebrity badge 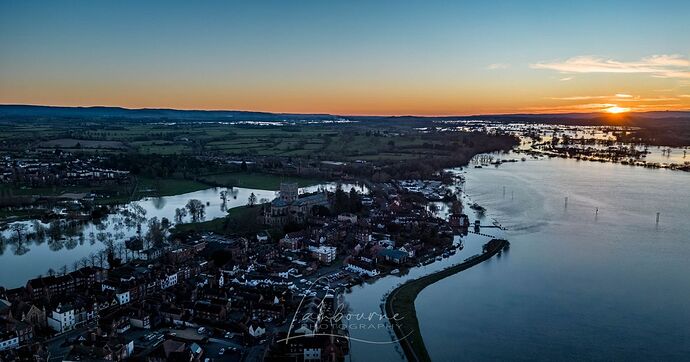 Flood warnings remain in force in Gloucestershire after heavy rainfall. Thankfully, no more heavy rain is forecast in the near future.

However, river levels are high and flooding is still affecting some roads in the county. The A417 at Maisemore was shut on Monday morning from the A40 Over roundabout.

And on Monday evening, qualified and insured drone pilot Chris Lambourne, of Lambourne Photography took these images of flooding around Tewkesbury. He has kindly let us share them with you.

As the rain moves on, there is a chance of snow. The freezing weather has also prompted a cold weather alert from the Met Office and the UK Health Security Agency.

Tewkesbury Borough Council is keen to stress that the town remains very much open. See more of Chris’ work at www.youtube.com/LambournePhotography and www.instagram.com/lambourne_photography

@clinkadink How did they get hold of them Chris, did you send them in? It must be a buzz seeing your work being recognised

Yes, I emailed a link to the editor. I’ve only started doing it, if I think it is news related. May do it more often now

Yes. I think my kids are going to be impressed that Dad has made the news

For the right reasons

For the right reasons

Yes. I think my kids are going to be impressed that Dad has made the news

it would be like Dad no why! all the kids at school, nooooooooo

Excellent photos, but terrible to see the damage that the floods are causing.

Terrible flooding, but the photos look awesome! Hopefully there isnt much damage.

They were much worse than this years 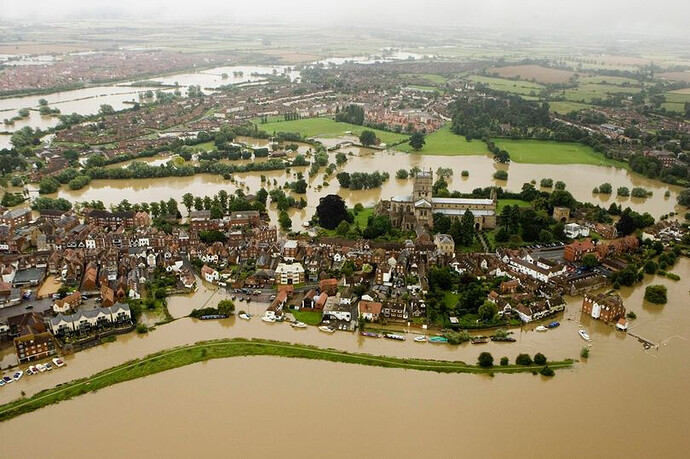 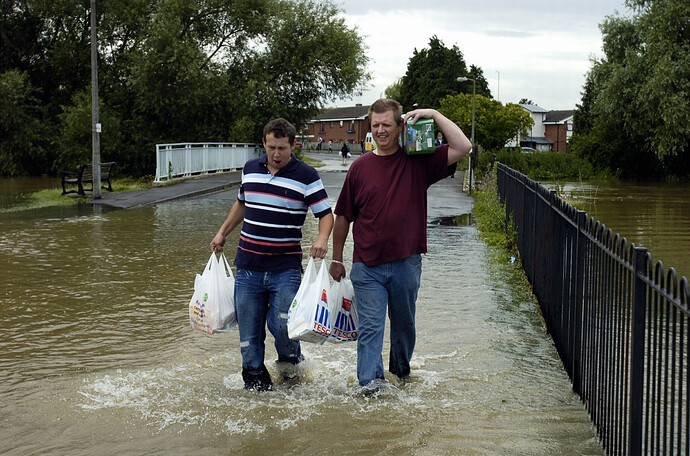 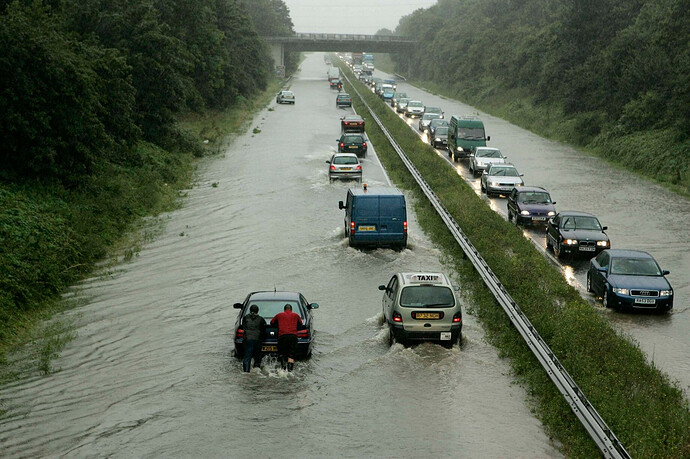