The Flying Scotsman on the Ribblehead Viaduct

Quick video from my outing earlier to see the Flying Scotsman traversing the Ribblehead Viaduct. 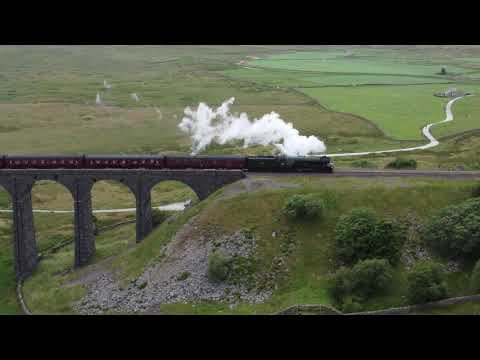 Fantastic, I could almost smell and hear it, what a beautiful train.
Was there a diesel at the back? Normally there in case of engine problems.

I think there was an engine at the rear, unfortunately my low battery forced a hasty retreat so I didn’t catch it all as intended.

I think there was an engine at the rear,

I just posted a couple of my photos from today. They had the diesel on the front. Kind of spoiled the shot I was going for. I would have said you had better luck but maybe not with the crash landing!

What a beautiful machine this is.
But I suppose I am biased being a Doncastrian

It’s annoying the mini 2 doesn’t capture audio like the old Mavic Pro did, would have made the recording more authentic.

It’s annoying the mini 2 doesn’t capture audio like the old Mavic Pro did,

Only through the phone though, it had no onboard mic.

Easy to recreate with any sound recording app

Fantastic, this is top of my Drone Bucket List, some day…

There’s a pub serving food by the bridge and plenty of nice walks, as well as being popular with train enthusiasts.