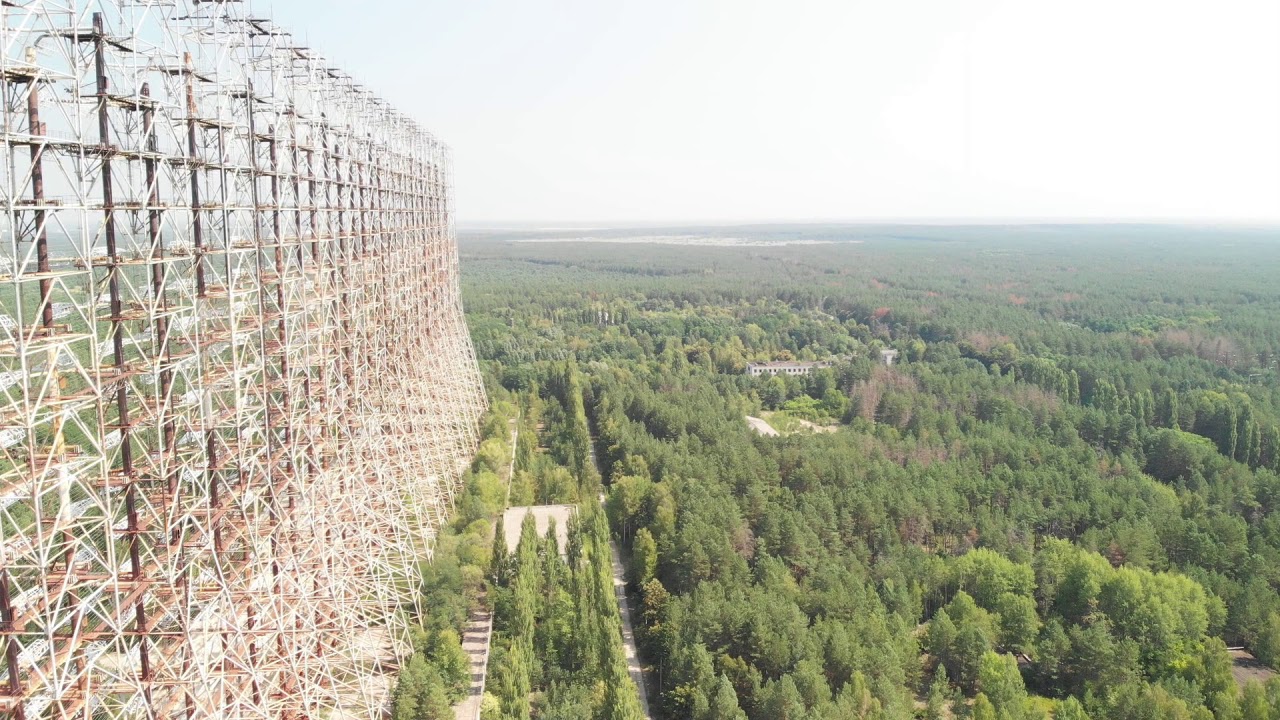 This is in the restricted area around the Chernobyl reactor site so had to get permission to fly. Only managed a few minutes as the signal stated to break up due to all the steelwork around.Fascinating place.

Wow! Wont even ask why you were there!

They do holiday tours. Also featured in a recent Drone User magazine.

Used to here this all the time all over the HF (Shortwave) bands. I even had a guitar amp with poor screening that would pickup the pulses if the spring reverb was at a particular setting.

What is that structure?

As it says, Russian missile warning system operated from mid 1970s. Built near the nuclear power plants as it used massive ammounts of power. Calked the Woodpecker because of the pulsing signal it put out which caused huge intereference on some radio wavebands.

It was an Over The Horizon Radar. Domestic radar systems use microwave technologies but the range is limited to the visible horizon, and a fraction over due to the refractive properties of the lower troposphere.

An OTHR uses HF, or Shortwave, frequencies. These transmissions are refracted by the upper ionosphere and as such can circumvent the Earths curvature, sorry all you Flerfers out their. Using this system meant that the Soviets could track NATO movements thousands of miles away.

OTHR is still used today on the HF bands but the type of modulation has changed from that wide spread pulsing to a much more spectrum friendly wideband (1MHz or so, sometimes larger depending on the resolution) Orthogonally Frequencey Division Multiplexed (OFDM) system, the same principle as Digital Terrestrial TV.

And now you know why my only friends are my collection of singing potatoes.

That was a very interesting post @Nidge. Thnak you. I even think I understood some of it. Bit frightening in a sombre kind of way.