The Sanctuary, Avebury - Added to Iconic Landscapes and Ancient Sites in South West 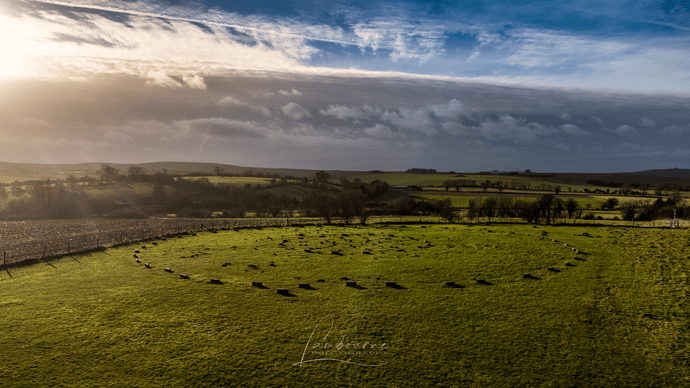 TOAL was from the roof of my car, in the lay-by of the A4 directly North of the site. The area to the East of The Sanctuary is NT land, as it contains long barrows.

Begun in about 2500 BC, the Sanctuary was originally a complex circular arrangement of timber posts and standing stones. These components are now indicated by concrete blocks and posts.

When archaeologists excavated the site in 1930 they found many objects such as flint tools, animal bones and pottery fragments, suggesting that Neolithic people were placing offerings in and around the standing posts. Later, in the early Bronze Age, the site was chosen for the burial of a teenage boy with a small Beaker pot. 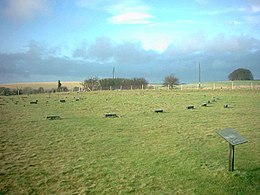 The Sanctuary was a stone and timber circle near the village of Avebury in the south-western English county of Wiltshire. Excavation has revealed the location of the 58 stone sockets and 62 post-holes. The ring was part of a tradition of stone circle construction that spread throughout much of Britain, Ireland, and Brittany during the Late Neolithic and Early Bronze Age, over a period between 3300 and 900 BCE. The purpose of such monuments is unknown, although archaeologists speculate that the st...