The thin end of the future flying restriction wedge?

This is the exact scenario that is where I fear where we’ll be headed in many other locations around the country. 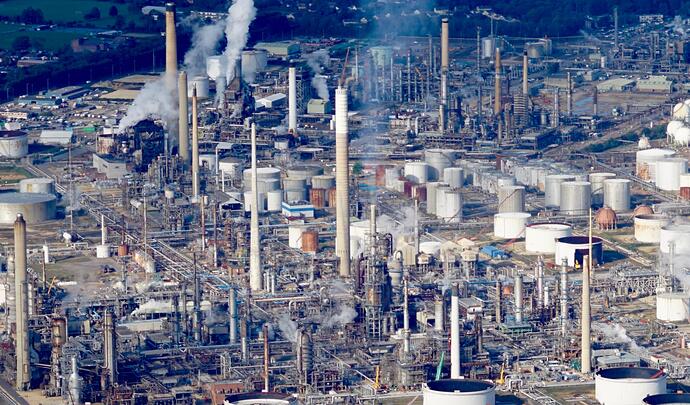 A MAJOR security alert has been sparked by illegal drone flights over Fawley refinery.

ExxonMobil, which runs the huge petro-chemical complex, has confirmed that the sightings are being investigated by Hampshire police and Britain’s security services.
In a statement the company said unauthorised flights over the refinery were banned and posed a potential danger to staff.

Cover of local evening rag: "Illegal drone flights"
In the article: "… unauthorised flights over the refinery were banned"

There has never been any restriction showing on DroneAssist about Fawley Oil Refinery (I’ve often wondered why not! It is the biggest in Europe!).

Whist I’ve never flown there, I’ve looked at this location before and there was nothing to prevent overflying,

Now, a 1 month (temporary?) zone has been implemented.

Now, this is where it gets interesting …
That restriction is in Yellow, and only indicates “… where operation of your drone may raise security, privacy or safety concerns”.

So, by that, it’s STILL not illegal! (Which means it most certainly can’t have been before.)

However, this is where it gets both interesting, and contradictory. In the Area Report, it appears in RED … as a restriction. 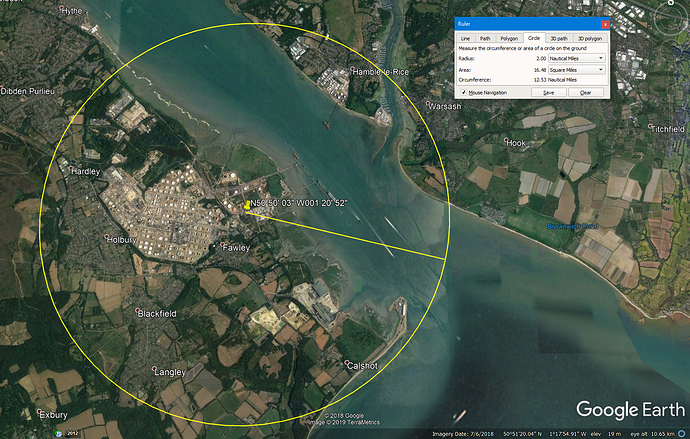 Personally, I’ll be right miffed if this becomes permanent. Calshot Spit, at the SE extremity, is a place I’ve often enjoyed flying.

Think I’ll delete some Litchi Missions I was tinkering with … :whistles:

Think I’ll delete some Litchi Missions I was tinkering with … :whistles:

None over-flew, and I can only fantasize about my MP that could have “circled the refinery for up to two hours”.

It’s worth pointing out that a fixed wing drone can fly for well more than 2 hours. In fact I know a guy who’s using 4g to control a parrot disco for flights ~300km flight time is 6+ hours

The last paragraph and statement from Cllr McEvoy is very telling.

So the whole point of registration is???

I still predict that those who register will effectively be guilty until proven innocent in future cases of alleged drone sightings over sensitive areas.

Slightly off topic but in someways still pertinent, RAF Menwith Hill is considered a sensitive area according to NATS (I don’t dispute that) but the irony is the Nidderdale Model Flying Club have their strip in the field directly opposite the facility’s main gate.

The physical description in the article makes it pretty certain that it was, even without the time circling.

Not really. If every little “sensitive”.whatever applies for 2km protection, they’ll fill in all the gaps that currently exist in the pink on the map.
I’m sure NT/EH would love to flash their own pink bits on the NATS map. Etc.

My longest flight was close to 90 minutes on a way point mission.

I flew from Royal Victoria Country Park on Christmas Day last year. Out over Southampton Water. Not over the refinery, but to the mid point of the water. Was filming the country park and chapel. There were no restrictions showing in the Nats app, or on DJI Go.

Living not a million miles from the Refinery I’m also miffed why it’s not covered by an FRZ. The only hazards shown for the site are electricity pylons.

I certainly wouldn’t fly over it though…

So it’s not even clear that the drone flight was illegal, but they’re cracking down anyway. Brilliant.

Exactly that… Common sense would dictate that flying directly over such a high hazard site is probably not the best of ideas but it’s not illegal.