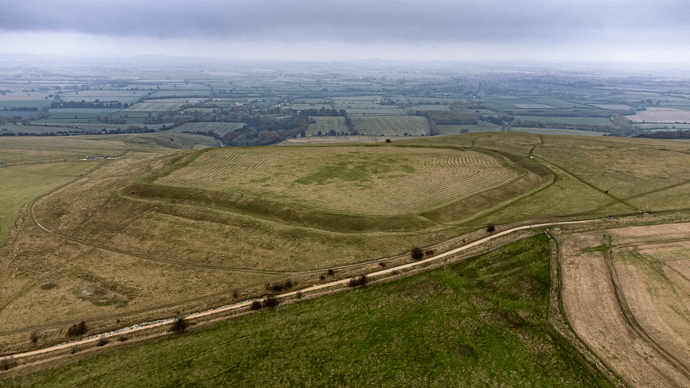 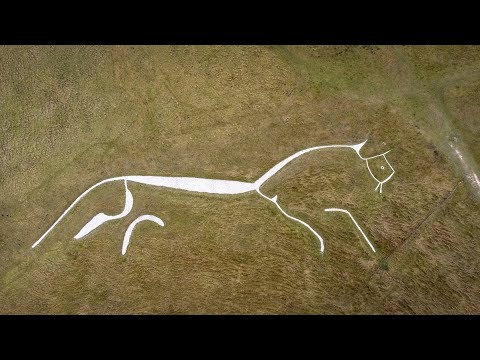 This location has been recommended to fly your drone in the Iconic Landscapes and Ancient Sites category in the South East region.

I parked on the lane above Dragon Hill Road, outside of the NT boundary.

Uffington ‘Castle’, which occupies the summit of Whitehorse Hill, is a rare and outstanding example of a large Iron Age hillfort. The famous White Horse is the oldest chalk-cut hill figure in Britain, perhaps over 3,000 years old. Nearby Dragon Hill, a natural mound about 10 metres high, is named for its association with the legend of St George.

The Uffington White Horse is a prehistoric hill figure, 110 m (360 ft) long, formed from deep trenches filled with crushed white chalk. The figure is situated on the upper slopes of White Horse Hill in the English civil parish of Uffington (in the ceremonial county of Oxfordshire and historic county of Berkshire), some 16 km (10 mi) east of Swindon, 8 km (5 mi) south of the town of Faringdon and a similar distance west of the town of Wantage; or 2.5 km (1.6 mi) south of Uffington.