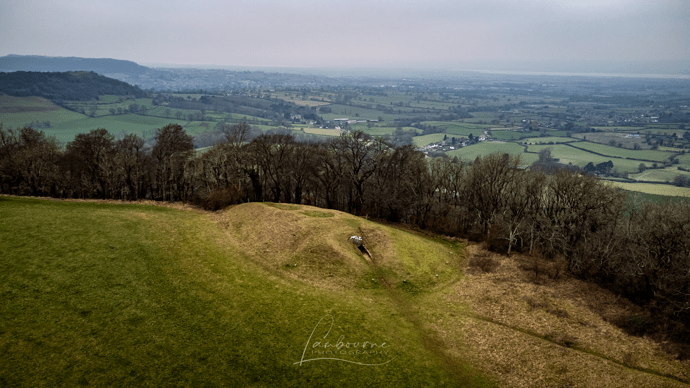 Parking and TOAL was from a lay-by off the B4066, South East of the site.

Uley Long Barrow is a partially reconstructed Neolithic chambered mound. It is 37 metres long and overlooks the Severn Valley. It's known locally as Hetty Pegler's Tump, after Hester Pegler who owned the land in the 17th century.

The barrow as seen today is largely the result of the excavation and reconstruction undertaken by Dr John Thurnham in 1854 and subsequent repairs in 1871, 1891 and 1906. 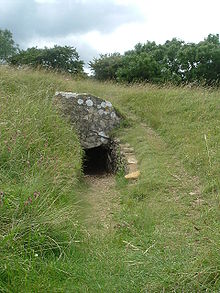 Uley Long Barrow, also known locally as Hetty Pegler's Tump, is a Neolithic burial mound, near the village of Uley, Gloucestershire, England. Although typically described as a long barrow, the mound is actually a transepted gallery grave. It was probably built before 3000 BC. It measures about 37 metres (121 ft) long, 34 metres (112 ft) wide, and has a maximum height of 3 metres (9.8 ft). It contains a stone-built central passage with two chambers on each side and another at the end. The ear...

The originator declared that this location was not inside a Flight Restriction Zone at the time of being flown on 23/01/2022. It remains the responsibility of any pilot to check for any changes before flying at the same location.