Hi everyone. These pictures are just outside a place called Warburton and it shows a very straight section of the Manchester Ship Canal. The bridge in the background is the Thelwall Viaduct and the ship coming down was just by total luck. 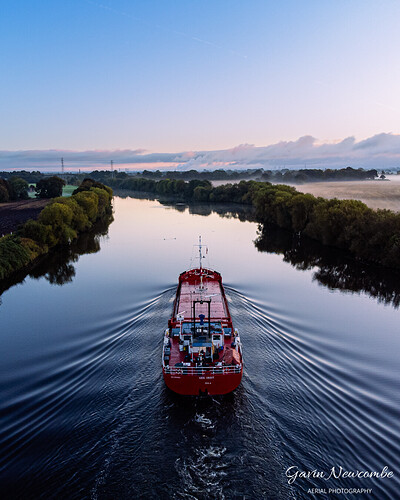 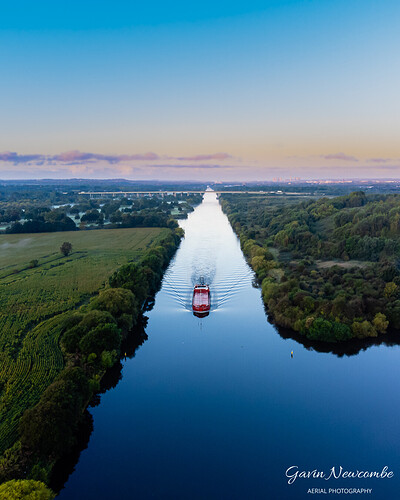 Very nice, I feel it would have benefitted from being a little off-set so that it wasn’t perfectly central though? I appreciate you are new to this though. Food for thought?

being a little off-set

Ha! I hadn’t thought of that!

Thanks @BeltandBraces to be honest I was so shocked and excited that a ship was coming down I’m surprised any of them came out.

I have just added this to the map of places to fly your drone at Drone Scene: [image] [Thelwal, lymm Golf Club and the Ship Canal] Land owner permission requirements unknown. Park at Sow Brook Playing Fields. Follow the Sow Brook by the Golf course along the path through the farming fields to the Ship Canal Great Views of the Canal, Thelwall Viaduct and Lymm Golf Course The originator declared that this location was not inside a Flight Restriction Zone at the time of bein…

I can just imagine your enthusiasm and worry! You need more faith in the tech company’s abilities now, lovely sharp shots

I especially like the second photo with the bow wave disturbing the still water in front of it, and the change in tone of the water towards black in the foreground. I also find the way the canal disappears to a fine point in the far distance rather satisfying ! I’m glad it’s central, it appeals to something in my brain!

I have to say…the 2nd shot is superb. I like the central line running of to the horizon.