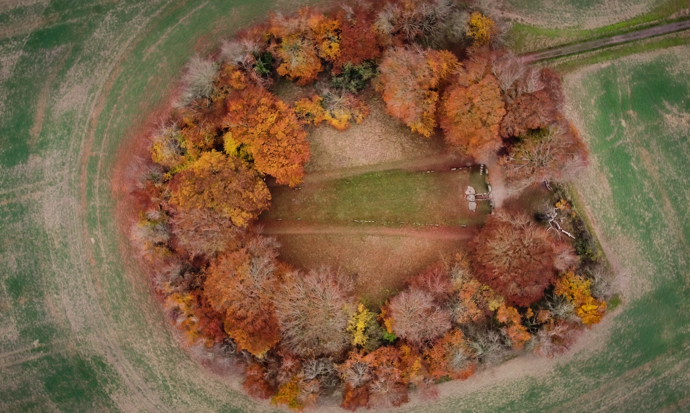 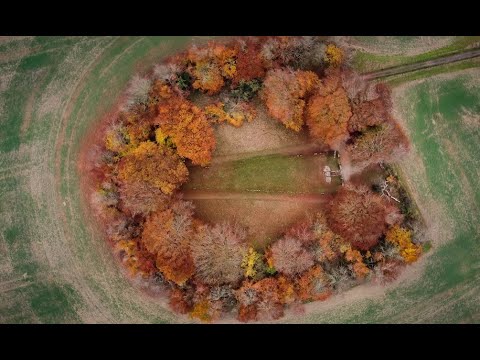 This location has been recommended to fly your drone in the Iconic Landscapes and Ancient Sites category in the South East region.

The site is managed by English Heritage, who have no drones policy like NT. TOAL was from a lane of B4507 near Ashbury.

Wayland's Smithy is an atmospheric historic site about a mile's walk along the Ridgeway from the Uffington White Horse. A Neolithic chambered long barrow, it was once believed to have been the home of Wayland, the Saxon god of metal working.

Human remains found on the site indicate that 14 people were interred in an earlier burial structure between 3590 and 3550 BC. Between 3460 and 3400 BC a second far larger barrow was constructed on top. It is the ruins of this that can be explored by visitors to the site today.

Wayland's Smithy is an Early Neolithic chambered long barrow located near the village of Ashbury in the south-central English county of Oxfordshire. The barrow is believed to have been constructed about 3600BCE by pastoral communities shortly after the introduction of agriculture to the British Isles from continental Europe. Although part of an architectural tradition of long barrow building that was widespread across Neolithic Europe, Wayland's Smithy belongs to a localised regional variant of...