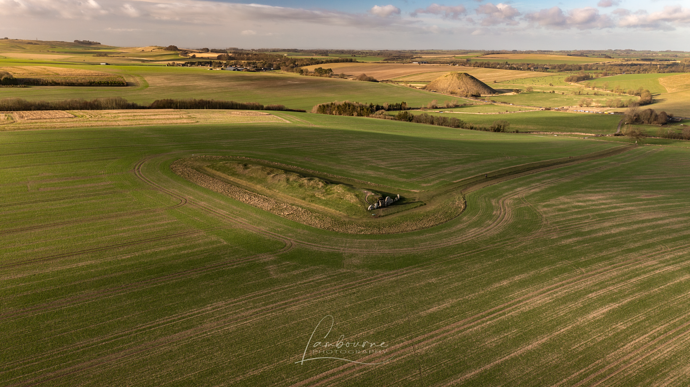 One of the largest, most impressive and most accessible Neolithic chambered tombs in Britain. Built in around 3650 BC, it was used for a short time as a burial chamber, nearly 50 people being buried here before the chambers were blocked. Part of the Avebury World Heritage Site.

The West Kennet Long Barrow, also known as South Long Barrow, is a chambered long barrow near the village of Avebury in the south-western English county of Wiltshire. Probably constructed in the thirty-seventh century BC, during Britain's Early Neolithic period, today it survives in a partially reconstructed state. Archaeologists have established that the monument was built by pastoralist communities shortly after the introduction of agriculture to Britain from continental Europe. Although re...