Where to solder wires?

R2 I believe. Same as PPM Receiver and Crossfire.

IBUS and SBUS are compatible protocols, the above screen shot shows a Frsky RX, the green RX. It has 3 wires Grey, Black and Red, follow the grey wire to it’s pad….

Don’t think so, iBus is just another flavour of SBUS somebody correct me if I’m wrong 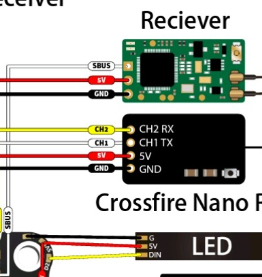 Don’t think so, iBus is just another flavour of SBUS somebody correct me if I’m wrong

There isn’t actually an advantage for SBUS over IBUS in digital serial protocols, and with STM32 F4 processors needing inverter hardware. The frame performance is basically identical, although IBUS does enable an extra 2 channels compared to D16 SBUS (and 10 more compared to D8).1

IBUS is a lot like SBUS, but it’s not inverted so doesn’t need to go on the special SBUS pad. It just goes on any RX pad like PPM.

Of course if I’m wrong, just put it on the SBUS pad instead.

Also… those Flysky RXes can do both SBUS and IBUS… So my method, when I used to use them, was to try one pad/protocol and then try the other if it didn’t work.

I see from your comments I may have got it wrong… anyway… try a pad… any pad… it’ll work eventually.

Let us know how you get on with it (Assume V3 50A Stack?), just received one myself after a great price (£55) and good reviews, hoping it works out, been a Mamba/Diatone fan so far

Thanks so far… I’ve definitely read somewhere that the SBUS pad will absolutely not work.
So I guess any spare pad with an R will do it? And obviously then turning on the UART.
I’m assuming if i use R2, then i turn on UART 2, and click the ibus setting in betaflight.

I’m assuming if i use R2, then i turn on UART 2, and click the ibus setting in betaflight.

If you want telemetry back to the radio, you’ll need to do a simple mod. Just a diode and resistor.
At least it was like that 3 years ago, not sure if its changed 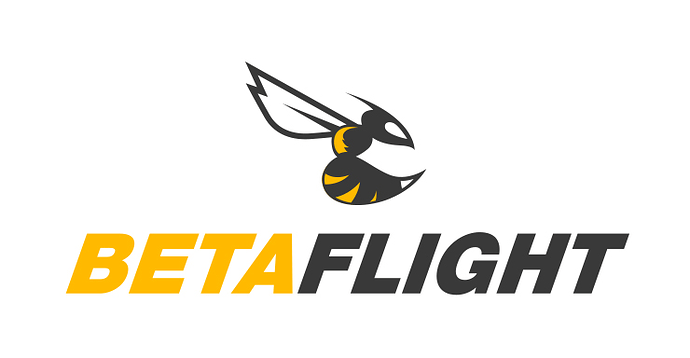 I stand corrected, I assumed the newer Flight controllers have the inverter hardware, unlike the old days… 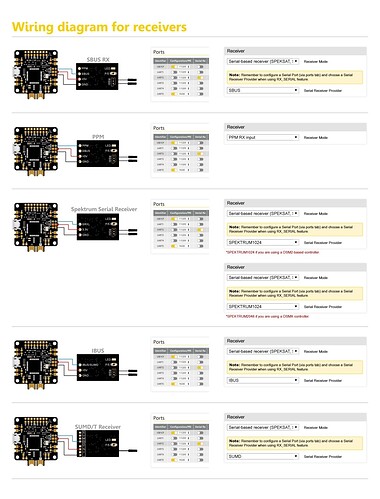 I assumed the newer Flight controllers have the inverter hardware, unlike the old days…

Thanks for your help with this chaps. I’ll be soldering this weekend… I’ll let you know how it goes!