Wrawby Windmill - Added to Everything Else in Yorkshire and the Humber 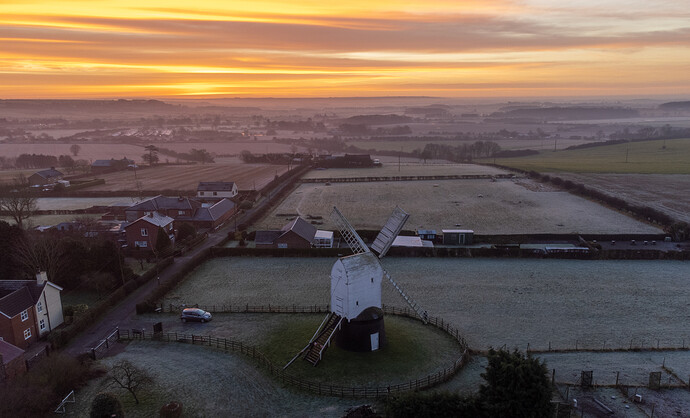 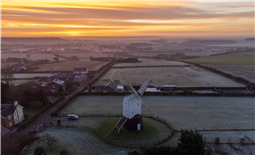 This location has been recommended to fly your drone in the Everything Else category in the Yorkshire and the Humber region.

Wrawby Postmill is a windmill at Wrawby near Brigg, in North Lincolnshire, England.
The mill is the last post mill in the north of England, and was built between 1760 and 1790 to serve the Elsham Hall estate. Originally it had four common sails, but through most of its working life had a more usual combination of two common and two spring sails, providing power with flexibility. It was working until the 1940s, when it had four spring sails, before becoming derelict. Following a possibility of demolition it was acquired and restored in 1965 by Wrawby Windmill Preservation Society. Maintenance work in 2008, which returned the mill to mixed sail types, was funded by the SPAB Mill Repairs Fund and local residents.

The originator declared that this location was not inside a Flight Restriction Zone at the time of being flown on 12/01/2022. It remains the responsibility of any pilot to check for any changes before flying at the same location.

Nice. Was on my shortlist this. Great picture

Just be careful flying there, the edge of the runway protection zone is literally along the line of the road.

Thanks for that did have indication that Humberside zone was very close by when I took off.