I’ve printed lots of parts over the last three years and my printer shows it now through worn out parts.
The most critical being the Z axes supports, my printer is a clone of Makerbot 2 Dual.
The motherboard was Makerbot 2560, sailfish firmware I took a risk and bought a QIDI Tech motherboard,which I doctored to work with my CTC printer.
The two motherboard are actually identical other than HTX connectors both with sailfish firmware. The downside of CTC printers is the wooden chassis and although parts which are laser cut are very accurate, wood compresses, which leads dimensional inaccuracies creeping in.
The solution is to make parts from PLA that have 0 tolerance, a tight fit, my printer prints this batch of PLA at -0.03 too small. I have tried to compensate for this with the CAD software but it’s not as easy to achieve as it sounds. The solution is really within the slicer and mechanical setup of the printer.
I imported the Z axes supports at 8mm which prints out at 7.7mm, I then used a reamer and the shaft itself to hone to exactly 8mm. 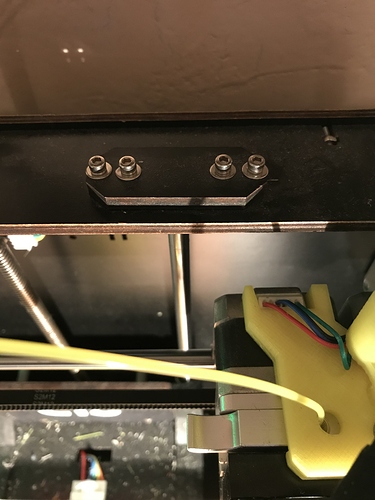 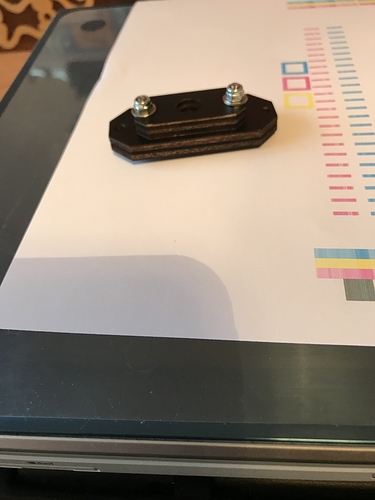 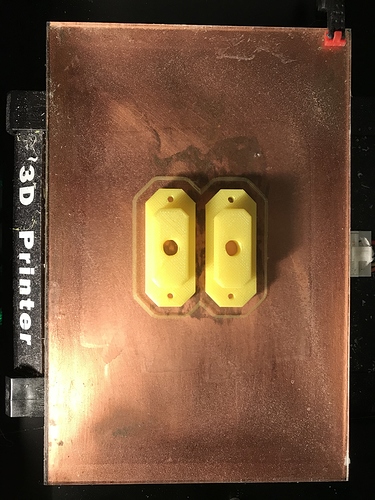 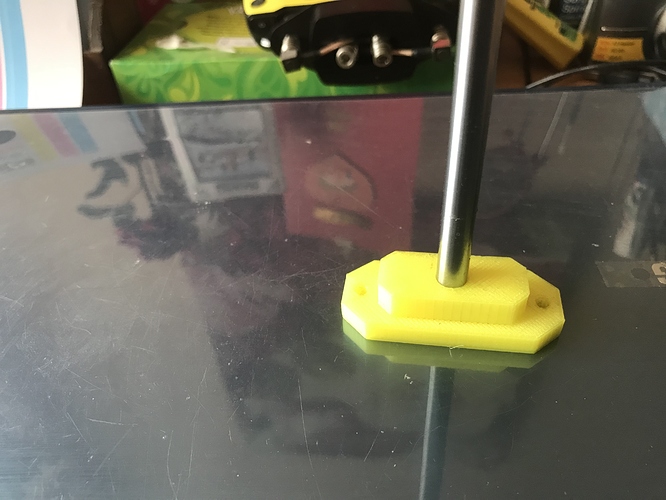 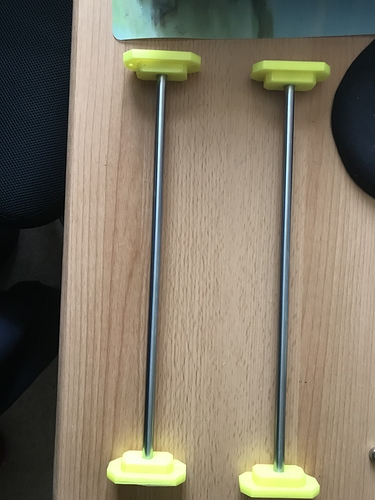 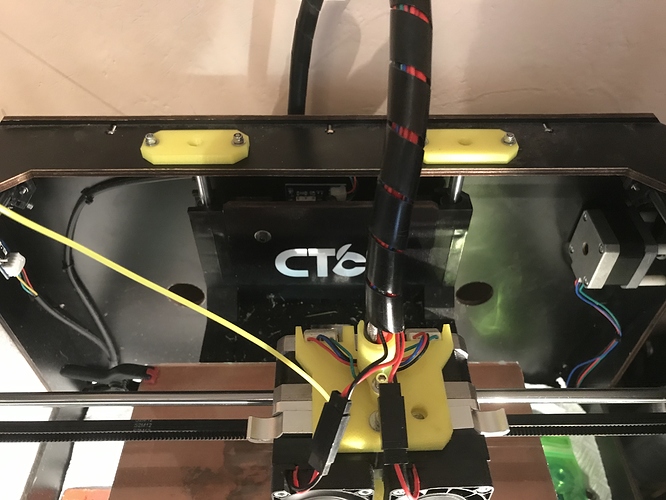 The test piece has come out at 0.02mm too small which means that I can now set the slicer compensation. 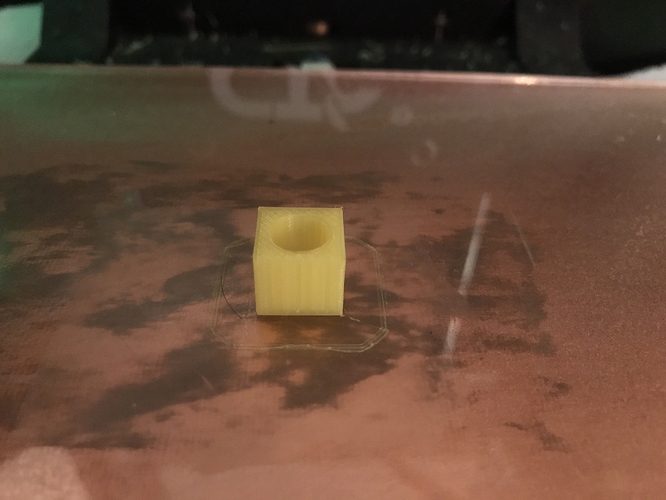 The next parts to print will be the Y axes supports 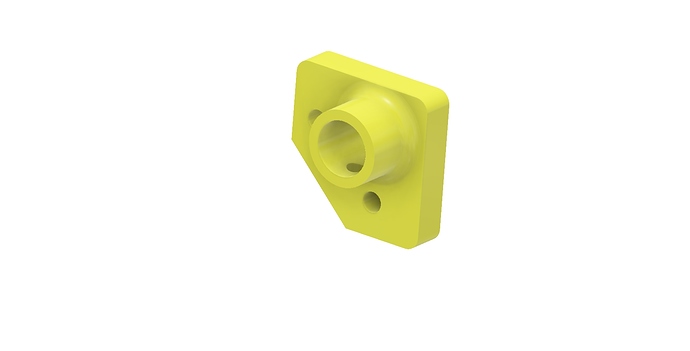 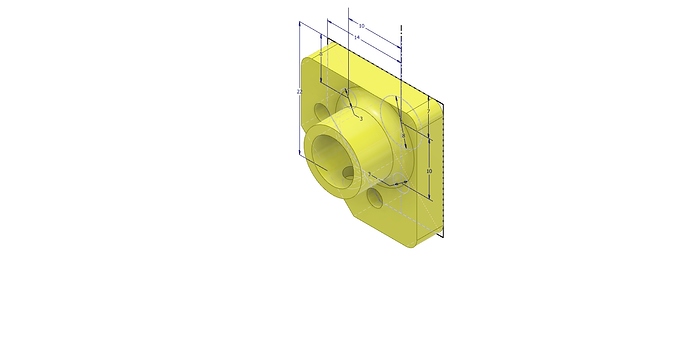 Here they are but with a slight design change, I printed them at 95% infilled to enable threaded holes. 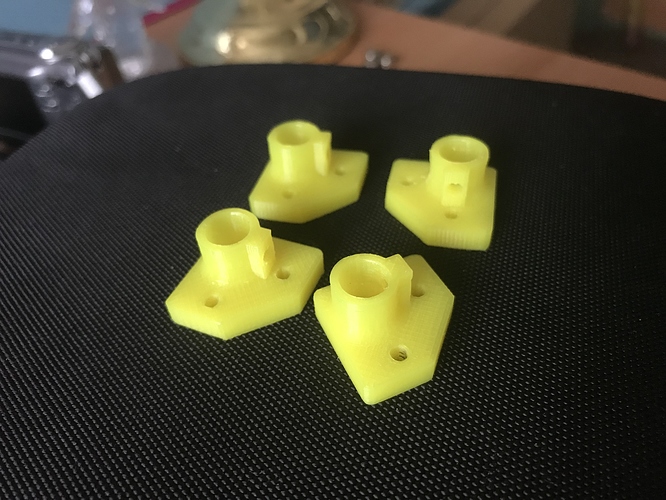 Later I’ll dismantle the printer to get these in, it’s the only way.

Just for clarification, you said it prints 0.03 under and the finished component was 0.3mm under.

Just trying to get my head round it.

Just trying to get my head round it.

Which translates into “Just evaluating if I can resist buying one.”

Been looking for the last year or so and only thing holding me back is finding somewhere to keep it.

Don’t buy one like mine then, it’s a big beast.

It’s actually the X axes dimensions, the script ‘machine code’ for the stepper motor is something like 28.23456 and the Y axes something like 29.76543. It’s a pain to compensate because one needs to print a cube which you then measure the first 20 layers in the X direction which are microns thick, then edit the script followed by printing, repeat, repeat, repeat and finally throw the printer out of the window because the cheep filament isn’t that accurate.

I once had this nailed but it was blocked with an update which stopped everyone tampering with it; it broke the licence agreement.
I’ll now try the slider compensation, which means lots of test prints or just simply live with it so here are all the parts, they are X axes dimensionally 0.03mm too small but they don’t need to fit into another printed part
Oh, I meant to say that trying to compensate that dimension in Autodesk is a pain due to the fact you have to print part after part for every decimal point you change…’life too short’ my filament cost me £6 for 1Kg reel, maybe if I spent £50+… but it’s not worth it for my hobby printing. 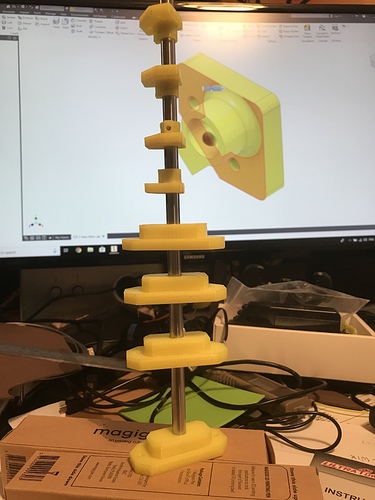 Geez Lance, where are you buying your filament for £6 a kg?

Get a CTC £187 on eBay, then upgrade the mechanics with 3D printed parts, the motherboard is Makerbot Atmega 2650 one of the best out there. A lot of other makes use the same motherboard and that’s the important part; if you don’t get on with 3D printing just sell it on…

“ just to let you know that Makerbot blocked the USB interface for the CTC” but it also uses SD cards, the other thing to look out for if you get s CTC is the one that has it’s firmware on a dongle, do not get one of those it’s a Chinese rip off to get you to pay every time it expires.

Geez Lance, where are you buying your filament for £6 a kg?

Do you have a link to one mate?

Do you have a link to one mate?

I’ll send you the STL files for the upgrade parts…

19! bloody ell you can print a planet with that lot…

I think the “1 sold” in blue text was @callum

@MementoMori which glue to you use? @callum will need some, I use UHU contact, it works every time.

19! bloody ell you can print a planet with that lot…