Actually put a little effort into a video 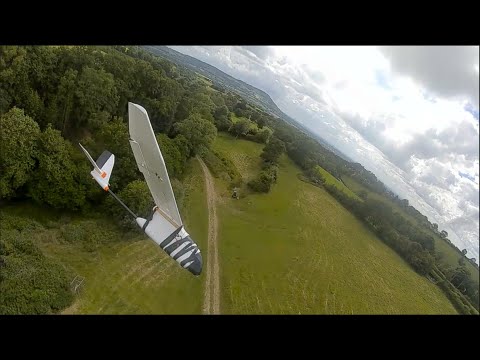 You are an awesome flyer. Thanks

Did any of those crashes cost much to repair? I am so scared of crashing at the moment.

Hah probably replaced one prop between the 2 weeks. Tbh the GPS is broken and yeah. The plane we were hitting will never fly again (guy turns up with 4 different planes every week and when one is more tape and glue than polystyrene he challenges us to take him down). He’ll re use the electronics.

Basically been lucky recently no expensive crashes. Spare props are essential with FPV and knowledge on how to build and repair. These fields easier on the quads than bandos too. Only started FPV last September building my own with help from the guys here. Lost it on second outing. Touch wood not lost anything since and also up to 9 or 10 quads now… Oh and 3 planes. Damn this hobby…

What I’m trying to learn ATM is not to disarm straight away. At 1 minute 15 ish when going through the gate I managed to recover from that one, and also the recovery from the plane hits I’m pretty happy with. Becomes natural after a while. Instinct. Practice practice practice

In FPV you DO crash. Though not crashed my DJI fpv yet and hope never will, but fly that a lot differently to the other quads, don’t do low tricks

In FPV you DO crash. Though not crashed my DJI fpv yet and hope never will, but fly that a lot differently to the other quads, don’t do low tricks

DJI FPV is a cinematic FPV drone at the end of the day… don’t fly it expecting you’re gonna be doing flow with it if you want to keep it.

Indeed. The first two shots in the video were the DJI. I want to mountain and country side surf with it. I have done split s, inverted yaw and vanny rolls with it though. No gaps though. Actually had to remind myself yesterday what I was flying as was starting to relax into thinking was my 5 inch lol. Only had it 2 months, too expensive to repair lol

Fascinating. I used to fly R/C fixed wing and helis and that is much more like the kind of flying I used to do with my helis. I got my drone only for photos and video and never really thought about doing anything else within the hobby but I must say that what you were doing there looks great fun.

never really thought about doing anything else within the hobby

FPV is great fun, but at the moment hard to get into due to stock issues as well as needing very deep pockets

I have to look into this. I do a lot on online flying on simulators and I have been considering using a VR headset for that so I wondered if I could use the same equipment such as an Oculus VR headset?

Clearly this is not for the faint hearted

Clearly this is not for the faint hearted

Dunno if I could agree with that, not for the ones with shallow pockets as deano said. Everyone asks why I have multiple… Well when you crash one that needs repair and you’ve travelled 2 hours to fly somewhere… TBH I think I only flew three drones on Sunday, and had batteries charged for 6… Silly move

Yup multiple drones is the only way to go.

So often I turn up to a site and find at least one of my quads is a non flyer right from the start due to some unforeen issue.

I wondered if I could use the same equipment such as an Oculus VR headset?

However, many of the goggles used for FPV have HDMI in, so you can use them (and your controller, of course) with simulators. Personally, I prefer it on the big screen. I’d use one in the field if it was practical.

There’s quite a few threads on FPV sims, if you do a search.

I have to look into this. I do a lot on online flying on simulators

What sims to you use for fixed wing? Be interested to have a play with those.

With regards FPV, probably bare minimum investment is £300 for an RC, Goggles and a simple whoop, but if you like it, it’s kind of wasted investment for the goggles and RC. I did spend big on the controller (TX16S), as imagined flying planes (and now I do, and have the switches I need), they are big though and do like the smaller ones for quads. Goggles… AT least £200 min for decent analogue, and up to 500/600 pounds for digital (now there’s a discussion…), then quads. I think a 5 inch analogue 300/400 pound, and building it yourself means you know how to fix them (and you need to know). I built my first, and think all subsequent had been prebuilt, but I’ve modded/added to them. Problem with self built is component shortage and cost… boy it’s gone up even in a year. a decent FC was £30/40, now £60 upwards, then motors, etc, etc…

Strangely whoops sound a good starting point and think all us FPV’ers did use whoops (who doesn’t have a tiny hawk II?, but it’s throttle is hard to get hang of, so indoor flying and ceilings doesn’t help. You can use a whoop outside depending on wind but good chance of losing it when learning.

What I would recommend is definitely flying with a group (look local to you). I turned up to willington towers power station with a few from here last Sept who had big 5inch quads looping into the towers, and I had a little tiny hawk II going backwards and forwards. Watched @notveryprettyboy doing circles around the inside of a tower and was amazed but noise and speed… built me own then

What sims to you use for fixed wing?

This was the classic LOS sim I was told about. You can get a pirate version…
https://www.spektrumrc.com/Products/Default.aspx?ProdID=RTM4000

That’s what’s keeping me on my DJI FPV at the moment even though I want to build some stuff. Hard to find all the parts that would go together for a half sensible build at the moment that are all in stock.

And for FPV wings, actually painless 360 had one he reviewed recently… Such a diverse hobby

You can do a bit better than that for analog, if you can find one in stock, of course. 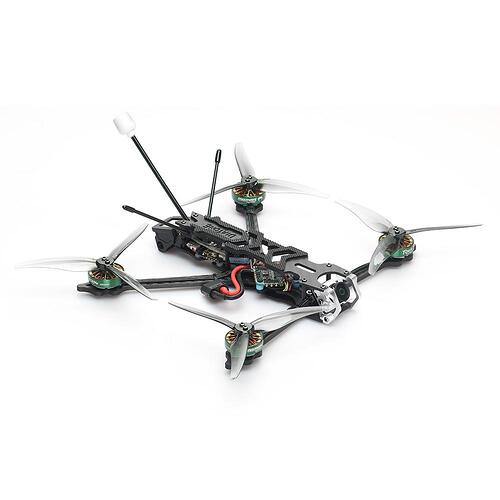 The Roma L5 is a long range, lightweight FPV quadcopter.  This highly optimised drone can give you up to 30min flight times, and if you want to record HD footage, strap a Insta360 go 2, or naked gopro on top. 4S version uses 2004 2900kV motors...

Hard to find all the parts that would go together for a half sensible build at the moment that are all in stock.

Yeah I think a new one has appeared to fill the void left by the one I mentioned.