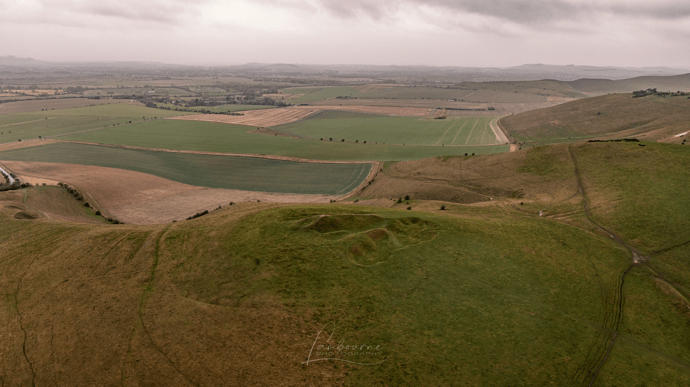 TOAL was from the summit of Adam's Grave, which is about a 30 minute walk from Pewsey Down car park, which is free. The view from the summit is one of the best I have seen in Wiltshire, absolutely stunning. It wasn't the best weather sadly, but I will be returning. 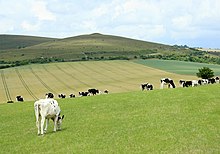 Adam's Grave was a Neolithic long barrow near Alton Barnes in Wiltshire, southwest England. Its remains have been scheduled as an ancient monument. The barrow is considered to be of the Severn-Cotswold tomb type. These generally consist of long, precisely built trapezoidal earth mounds covering burial chambers, thus they are a type of chambered long barrow. The chamber, made of sarsen stones, contained partial human skeletons. An arrowhead was also recovered. There is a breast-shaped hill on t...

The originator declared that this location was not inside a Flight Restriction Zone at the time of being flown on 08/01/2022. It remains the responsibility of any pilot to check for any changes before flying at the same location.