Adding to iOS and Android for new users

To save repetitive messages in response to the regular “but it’s not an app” or “but I can use Drone Assist on my phone but not Drone Scene” would it make sense to have instructions for adding to Android and IoS device home screens either on the home page of Drone Scene or in the welcoming messages new users get about the board, Drone Scene and Good 2 Go?

@macspite I like that idea as most if the time I can’t remember the name, ‘Drone Scene’ and have to search for it on this site yet the DA app is just there in my folder.

I normally just click on the 3 lines menu at the top right of this page. And it has a link to drone scene

You and I know that. And we use Drone Scene in preference to Drone Assist or similar on our desktops.

My point is that Drone Scene is not neatly packaged as an IOS or Android app and available in the relevant app store. So it appears that most newbies will ignore Drone Scene in favour of apps they can install on their phone, being unaware that they can place a link to DS on their home screen. And sometimes they end up relying on crap apps

Sorry @macspite I was replying to @Speedbird

This is a great idea Rob, maybe they could even integrate a quick ‘tour’ of Drone Scene as part of the initial ‘tour’ of how to use and find your way around the Grew Arrows site when you first join?

@DeanoG60 Doh! I genuinely did not realise that was there…Just need now to remember it.
Thank you
Mike

Pray tell, on an iPhone.
Thanks you

In pictures, if using Safari on iPhone tap the Send To icon then tap Add to Home Screen
First: 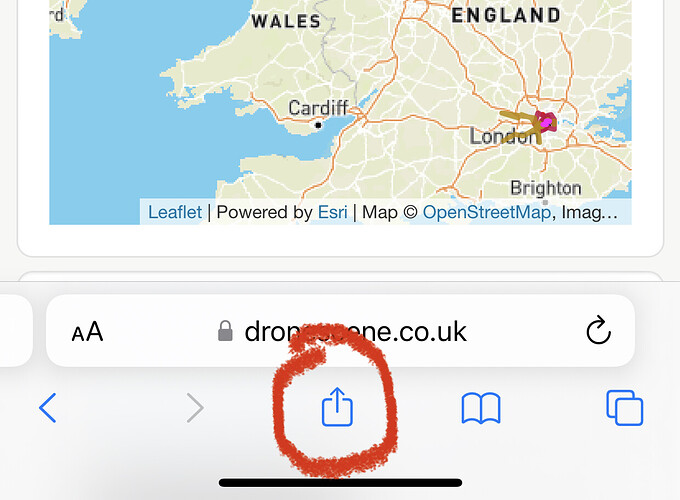 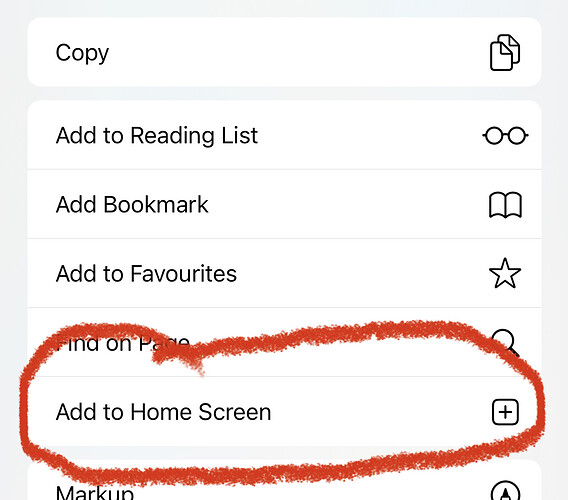 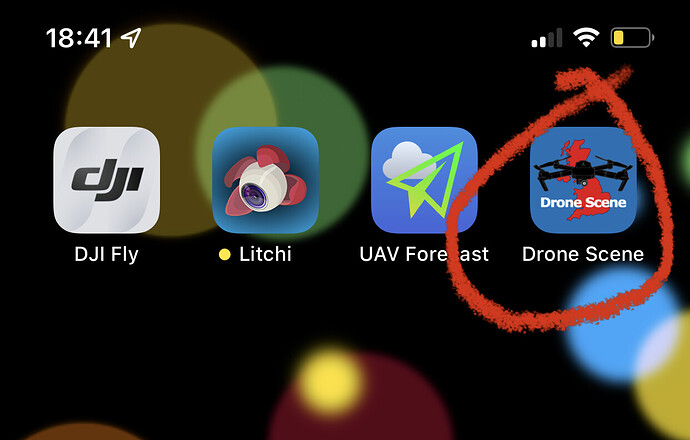 @BadManners easy as peas. Considering i’m supposed to ‘know’ Apple stuff that was great and is now done.
Cheers
Mike

Considering i’m supposed to ‘know’ Apple stuff that was great and is now done.

And you just saved @PingSpike the circa £30k it would cost to have it produced as an app.

Always up-to date, the best flying resource there is.

We’ve got to build a what now?!

WTF are you signing us up to here Steve??

Would a few screen shots suffice as per @BadManners example above? Or were you thinking more along the lines of a youtube video?

Mr. Manners’ example looks fine to me. TBH it is easier to follow screen instructions and pictures because you can do it at your own pace rather than have to try and follow some fast-talking “Hey wassup” You Choob video.

Perhaps Andrew @BadManners could do the honours with the graphics?

I’d be happy to help with screenshots / simple graphics.

What should I do beyond the quick’n’dirty screenshots, crop, and red rings?

We’ve got to build a what now?!

WTF are you signing us up to here Steve??

Sorry Rich, as you can see, I clearly know nothing of whats involved in this kind of thing

I just assumed it would be fairly straightforward to add something to the initiation ‘tour’ that we all get when we first join up. Im now guessing by your response that it wouldnt be so straightforward as I first assumed lol