I’ve sent this to the CAA at: uavenquiries@caa.co.uk:

There doesn’t seem to be an open consultation this readily fits into, nonetheless, I wonder if this can be considered? May I suggest that a change to sub 250g drone rule that would enhance safety? I propose an allowance of up to a further 20G solely when used for purpose of attaching strobes to a drone?

The brightest and most popular is this 13 gram firehouse strobe:

The Firehouse Technology Arc V is the industry leading anti-collision strobe light for drones. It is widely used by drone professionals around the world. The 1000 Lumen output produces a very bright light that is visible at over 3 miles at night. The...

A 20 grams allowance would enable a lighter (a tad less bright) strobe such as this 6 grams Vifly in addition of the above brighter upper side strobe to be fitted to the underside of a light UAV: 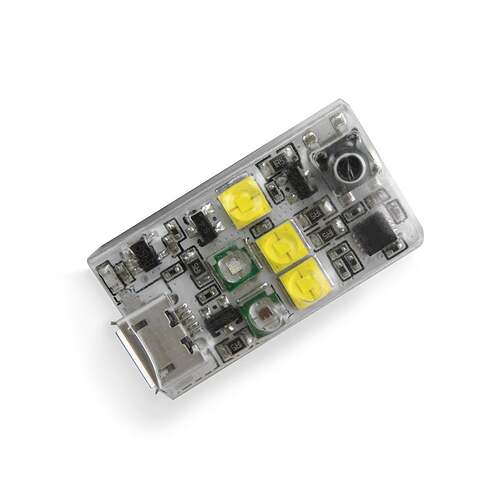 The upper strobe is primarily target at manned aircraft whilst the lower strobe makes it easier for UAV operator to keep their drone in line of sight, and most significantly provides extra visibility to other UAV operators who are (possibly inadvertently) operating in the same airspace.

I believe the very small extra risk created by a further 20g of weight, solely for the use of strobes, would be more than offset by the safety gains (whether flying at night or by day).

Thoughts comments welcome, I’ll of course update this thread with any reply I receive.

May I suggest that a change to sub 250g drone rule that would enhance safety?

So you can fly them further ?

I know theres other drones than the mini 2, but…

Exactly 244.5 grams! On a scientific weighing scale, Aircraft weighs 157.6, battery weighs 79.6, crees weigh 7.3. Couldn’t do them all together because the scale capacity is 200g. Can anyone confirm?

Yet to see if my current Strobon Crees Fit onto the Mini 3 legs, even if they took it slightly over 249g, I’d still fly it.

Their response is going to be along the lines of:

There is already allowance for this. If you have an A2CofC you can still fly it with these accessories in the A1 category.

Or easier, stop messing about with the vague ‘Visual Line of Sight’ bollocks an put a figure on it.

Thy shall not let your elctronic flying machine venture no further than 50 Sana lamjel’s from you.

Quite simply, WHO is going to check the weight to the gram?

After an “incident”, the chances are that parts will have broken off, in any case - or if not, be thankful that it still weighs approximately 250g +/-…

I really cannot fathom this obsession with being “gram perfect”. Better to get out and fly.

In any case, I think the “published” weight of the drone is key, and I’m sure some actually exceed the 205g out of the weight due to manufacturing variances. I very much doubt that every drone owner gets the scales out and checks the weight of their drone to check it’s <250g out of the box.

Also, have you asked the DoT for an “allowance” to cover the odd occasion you exceed the speed limit in your car?

The issue I think is most likely to come when there’s an incident/crash, it may or may not fall off. More likely, a policeman decides to check out your operator ID/weight after a, usually/ / hopefully groundless, complaint by a member of the public and your drone, marked 249g grams (as my Mini 3 is) has strobes on it. Some constables (particularly the drone flying specialists) do know the law or are of careful enough to check it. It also being overweight (the drone not me

Mine flys fine with my strobes

With more nighttime flying coming up I decided to don all my crees and another, to test the visual appearance. Then I thought about the weight, and the effect that would have, not only flying but in the event of a crash. [image] So I am 15g over with all my lights but it doesn’t handle any worse and I can see it for miles

So what about the effect in a crash having 15g more weight? or 4 pence! [image] And surely if I did crash the thing would be in a million bits! [image] H…

Then I’d check with them, rather than the CAA.

when there’s an incident/crash, it may or may not fall off

One of the arms may have come off, the battery may be lost, it may be covered in mud and weigh 2kg …

You irresponsible and dangerous criminal! How dare you flaunt your crimes like this?

to cover the odd occasion you exceed the speed limit in your car?

Your car insurance might be void too. But, please, don’t say you have never, ever, exceeded a speed limit.

Most of the drones marked as 249g (including the Mini series) are actually designed at about 242g in reality to make some room for manufacturing variance and small accessories like filters. Put it on the scales and see what the weight is and if you can fit something like the 6g one and keep it within <250g.

Ahhhh good to know, thanks. It costs about £100 so well worth it I think. Thanks. May even reduce my insurance costs. Any recommendations for course providers?

I do though try my best not too exceed the speed limmit. Same with my drone, I want to be good :-).

There’s UAVHub which GADC has a discount code for last I checked.

I agree, and I did check with my insurer (Coverdrone). They confirmed flying going over 250g does void the insurance. So no strobes when I need to be in A1 / planning on selling my photos / video (inclduing putting it on a monetised YouTube channel).

Good luck with that, my mini 3 comes in at 245 g + so when I use the strobons it takes it over 250 (although not an issue for me with the A2) however the velcro pads alone are so light that they can stay on the craft no problem so just add or remove the strobes depending on how you want to fly.

Out of curiosity, where did this magical and mythical figure of 250grams come from? What is the evidence that a drone weighing 249g, when smashed into your face, will cause any less damage than a drone weighing 251g?
In my opinion its pretty fucking pointless, I couldnt give a shit if my drone is a few grams overweight after I have added two strobes with clips and a filter, I really couldn’t give a flying fuck. I fly sensibly, I keep away from crowds and I keep away from people and vehicles. I pretty much stick to vlos and height restrictions so I couldn’t give a toss if I’m a few grams overweight. It’s all about risk assessment.

I’d check that this applies assuming you’re not A2CofC and that if you are your insurance would still be valid.