Good evening,
I’m using an Iphone 7+ with Go 4, but the phone is slightly too big for the controller. I’m considering buying a Samsung Galaxy Tab A 7 Inch Wi-Fi Tablet, (Black), (Spreadtrum 1.3 GHz, 1.5 GB RAM, 8 GB ROM, Android 5.1), UK Version, and installing the Go 4 for Android - but I’ve seen some comments to say that the Android version of the app isn’t stable. Any thoughts?

Thanks as always - Chris

I think this is purely down to the sheer number of different Android devices out there.

Like it or not, Apple being in full control of both hardware and software was a pure stroke of genius.

If you were to run a poll, I’m pretty sure you’ll find more Android users reporting app issues than iOS users. Again, purely down to (in my opinion) the hardware it’s being run on.

If you want app stability, go the iOS route and NEVER install a new GO4 version the day it’s released, always wait a week and let thousands of other iOS users be the DJI beta testers - not you

But that stability comes at a premium price…

I’ve not had a single issue on Android in the 18 months I’ve had the MP.
Two-year-old mid-market phone (Wileyfox Storm - yeah - nobody’s ever head of them).

I’m using an Iphone 7+ with Go 4, but the phone is slightly too big for the controller.

Hi Chris. Have you tried fully extending the phone clamps on the controller? I have used an iPhone 6 Plus and 7 Plus with my MP controller and never had a problem with fit. In fact there seemed to be room to spare.

I’ve always used iOS with all my drones and never experienced any app problems. However, as @PingSpike said, there are reports of incompatibility with some iterations of Android. Clearly some work, as @OzoneVibe has reported but if you want to be 100% certain I’d stick with iOS.

I purchased an Apple Ipad Mini 4 specially for the Mavic.
Latest IOS version.
Fits the controller perfectly and have never had a slightest glitch with it.

Has O2 internet sim card and GPS, so Google Earth map and home points
load quickly.
I have read that some Android users suffer from frequent disconnects, I suppose it
depends on how old their equipment is.

At one point GO4 ran better on IOS and a lot of the newer android models were buggy and not officially supported.
These days it runs fine on either android or IOS.

Personally I fly with an IPad mini 4, not one crash or glitch.
If you ever want to do some mods android is the way to go. I’m thinking of getting a Shield and selling the iPad

I was using my iPhone 7 at first with my Mavic Air but recently tried a Acer Iconia One 7 (bigger screen) which I got from Argos for £60 odd. It runs the latest version of Android Marshmallow (I think) and after 10 flights I have had no problems with stability. I have removed everything from the Acer except GO4 and always run it in airplane mode.
So far so good.

Yes, I’ve fully extended the clamps - the phone does fit, but it just doesn’t seem to sit correctly - maybe just me. Plus, I always put the phone on airplane mode, which means you can’t use it as a phone when you’re flying.

Thanks Smiffy, that’s cheaper than the tablet I was considering, I’ll take a look.

I always put the phone on airplane mode, which means you can’t use it as a phone when you’re flying

Which is a reason I have two of said Wileyfox Storms … one is a dedicated MP device.
I have to confess that wasn’t why I had a second one … that’s a longer storey … but really handy!

Using an S8 without any problems… 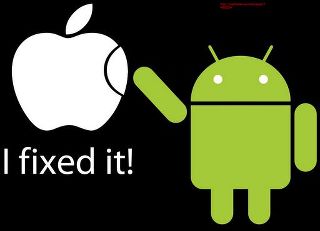 Had a look on Wileyfox web page but no Storm model listed?

Alas, no. As good as their phones were they went into receivership a couple of months ago.
I mention them more to indicate that a good mid-range phone is more than capable of the job, and not too many £££ to prevent considering that level of phone as dedicated device.