Anyone in the Hook area lost their Avata?

Has anyone in the Hook area lost their Avata? 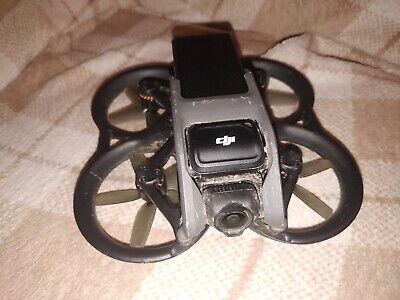 dji avata. Just drone. No rc. Just body with battery. I find this drone on walk and no one around. I can't send this item between 7th to 11th December 2022.

should we all spam his inbox with messages saying that if he found it, and obviously knows its worth, then he should hand it into the police instead of being a filthy scumbag wank and selling it.

I’m only a 20 min drive from hook Hampshire, I think I’ve seen a couple of members from hook on here, a long shot but maybe they know someone who maybe knows someone.

I just tried to report the listing as it’s effectively stolen goods, but you can only report things as stolen if you are a law enforcement officer!!
I have reported it for some vague listing infringement, but I’m not convinced it will have any effect

hand it into the police instead of being a filthy scumbag wank and selling it.

If I find a tenner on the street, it’s straight in my pocket…

A tenner is a little different from an expensive drone is it not? But even if I found a tenner on the street I wouldn’t keep it. Its some families food for the day.

we all spam his inbox with messages saying that if he found it, and obviously knows its worth, then he should hand it into the police.

… is the right answer

If I find a tenner on the street, it’s straight in my pocket…

But with a drone, including the Avata, it is worth a shed load of money, which will no doubt cause the owner a lot of grief. Plus, there are several ways to track down an owner; SD card footage, forums and FB groups, and the Serial Number via DJI, etc. It would seem the ebay seller is heartless and just thinking of a quick buck.

I have just messaged him about it and said is there a operator ID on it and really he should hand it over to the police Chris.

Ive also just managed to report him for a fraudulent sale as the item isnt his to sell!!!

And now sent him a message saying its been reported as a stolen item.

In all seriousness I dont think anyone will be able to use it anyway if its bound to someones DJI account?

I thought about trying to do cash on collection and weigh up the odds of taking it !

I’ve just sent him a message from each of ebay accounts.

He’s now taking the listing down. 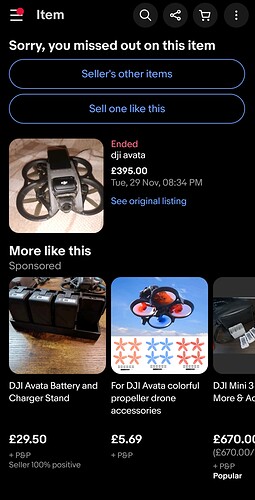 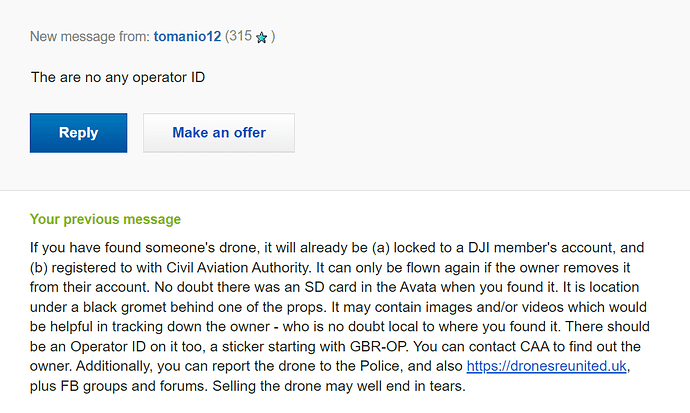 I’ll keep my eye open on gumtree, he might try another resource too sell it.

Edit, I did check gumtree also while the add on eBay was live but I’ll keep checking, I’m sure something like that will be hard to sell as it’s a close net etc.

I didn’t go into as much detail as you Chris. Then politely told him hes been reported to ebay for fraudulent sales. I also gave him some less polite advice, but then crapped out and deleted it before sending the rest

Its some families food for the day.

Selling this might help him and his family out. Who knows. Maybe the original owner chucked it cos they didn’t like it.

If I were mad enough to sell stolen goods on ebay, I would not make my postcode public:

Which is: Church Ln, Heckfield, Hook

Which means the owner can find him in one of these 12 houses: