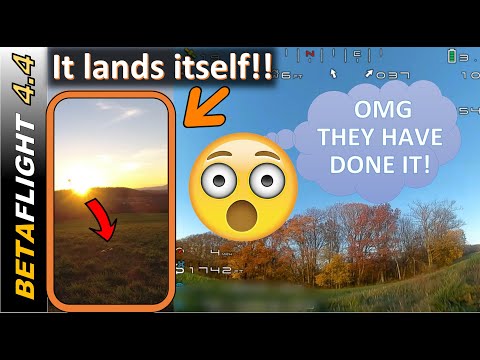 Does INav land itself too Steve? I didnt realise that lol
Its not really a function Im after on my quads but I do think its pretty cool and could be helpful for newbies starting out

Does INav land itself too Steve?

Yes, on multirotors, with precision comparable to DJI
For planes it’s a circle round dropping height and hoping it doesn’t catch a tree on the way down etc…

That was on a plane, and I need to see why. It landed yours perfectly some months back didn’t it

We don’t know yet. The plane did a rth, but carried on

The sanity check kicked in at 500m and an emergency landing was initiated. Its meant to circle overhead

an emergency landing was initiated

Was that the spiral of death? I thought it had stalled or something

It did. The emergency landing had a throttle value of 1000. So zero power

For some unknown reason the default value for ‘failsafe_throttle’ is 1000 (pwm) i.e. zero throttle
so at 107 mtrs high it’s gliding capabilities were insufficient

I’m a Pawel Patreon so I’m sending him the detals and vid and see if he has any clues.

Karl beat me to it

Cant you override the failsafe once its activated?

Its a good one in an emergency. Imagine half throttle. Especially on a quad.

Its a last ditch attempt at a landing

Its a good one in an emergency. Imagine half throttle

But an emergency may meen stuck flaps. It could circle to space

So really we are talking ‘drop’ not ‘land’, which is what we saw on Saturday