Can you TOAL outside NT boundary then move to maintain VLOS?

I’ve just scanned through over 50 questions regarding TOAL and forgive me if I’ve missed this but wondered, if I take off outside of NT property, (Shugborough Hall in my case) and then walk about 20m max maintaining VLOS ( also with assistance from a spotter who I can see during my walk) can I continue the flight unencumbered by a bloody great hedgerow, whilst standing on the bridlepath within the NT property boundary? Obviously I would return to my TO point to land the drone.

I know the bridleway is a public right of way but have found out via council records that it is part owned by the NT in some sort of joint agreement.

The short answer is nobody really knows. It will be for a court to decide, and there are competing laws in place.

The one thing you can be reasonably certain about is that taking off outside the land and then walking onto the land doesn’t protect you in the slightest. There’s no law about where you take off and land. Laws relate to your right to be on land (trespass, public right of way etc), or the activity you are engaged in while on certain land (NT bye-laws).

NT can’t “own” a bridleway, they can only own the land that it passes across. There’s a map of NT property boundaries on their website: 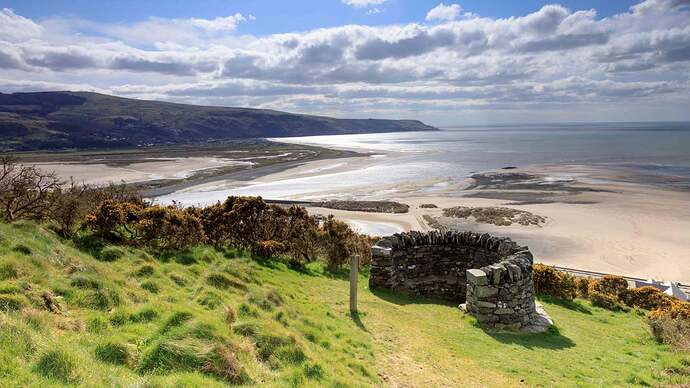 Discover the National Trust Land Map, an interesting tool you can use to observe how the variety of places we protect has grown in number across the nation.

Note that one includes some land that doesn’t show up on Drone Scene, because NT don’t include it in the public dataset that Drone Scenes has access to.

The National Trust have two powers of recourse against you if you try this (and they are the same regardless of where you take off from):

“Sorry sir/madam, you are annoying me, if you don’t leave this Trust Property immediately we will take you to court”.

Both of these are hard to enforce. If they can’t identify you, civil or criminal action is difficult. But that doesn’t put you in the right.

You can argue that your rights on the bridleway do extend to loitering and piloting a drone. Maybe. I think it hasn’t been tested properly in court, but a court won’t look kindly on you if your activity is causing a nuisance or interfering with the landowner’s other legitimate rights.

You can argue that the NT bye-laws are superseded by the right of way. Ditto - I don’t think that’s been fully tested in court.

But you can’t argue that your TOAL point is of any relevance, it stops being relevant the moment you set foot on the NT land.

I should add: I have flown a drone from NT land several times, and from public footpaths on many occasions. Nobody has ever approached me and asked me to stop, but that’s probably because I try not to get noticed!

@kvetner Thanks for that. It came up in a conversation with my sister-in-law and a couple of mates, all of which are volunteers or employed by the NT at Shugborough and actually don’t give a monkeys chuff if I fly or not.

They say its generally the Rangers who approach the public about such matters and as far as they know they just ask the pilot to desist from flying.

I’ve so far avoided the temptation to fly there, or any other NT for that matter, including those on Open Access. I have the map from another of your threads (thanks) and, depending weather or not you select the history option, it includes the bridleway in their ownership. Its hard to define the boundry on Drone Scene as its so close to the bridleway and it does not include the historic ownership that the NT publishes.

Interestingly as far as I can recall the worst they could do is apply a fine for trespass, (although I am a member of NT so that would be interesting) and only if i refuse to leave on request… and even then the Class of fine in the Bylaw was next to owt!

Once again a great response thanks.

Nobody has ever approached me and asked me to stop, but that’s probably because I try not to get noticed! I could do with one of those … would be dead handy

At the end of day of you did this and they asked you to stop you would probably apologise, plead ignorance and wish them a Merry Christmas (depending upon the time of year)

Go ahead and do it. If approached by NT personnel while loitering, causing a nuisance or such other crap, apologise, bring the drone in and leave. You are compliying with their request and end of story.

We often discuss land owners permission for TAOL but in reality it also includes control of the drone as well.

@mynameisjoe I see, like Admiral Grace Hopper said, “It’s easier to ask forgiveness than it is to get permission” (although her saying is actually taken out of context

As I’m a very low profile type of guy I will probably go in the Summer in the early evening and TOAL from the Bridleway, which I consider as an entitlement to use the path. Who knows I might even get an awsome sunset to boot.

According to my sister-in-law who works at Shugborough there are very few people about at this time of day and the Rangers have gone. The hall is about 250m from the path and VLOS isn’t an issue. If I’m asked to move on… I will no problem.

Im not completely sure of the laws in Englandshire, so I could be wrong. But if you commit tresspass and leave when asked, then you are no longer committing trespass, so nobody can do Jack shit, through civil courts or otherwise.
I dont keep low profile anymore, I used to at the start. Keeping too low profile makes you look like a shady character and someone that needs approached. I make my self stand out so everyone can see exactly what I’m doing, if approached I argue my case and point out the laws. If I’m on the edge of breaking them I pack up and plan another day, if not I’ll fight my corner before telling them politely to fuck off and leave me alone. Only had two bad reactions so far, both were quite polite to start, one ended in a bit of swearing but I was in the right.

@mynameisjoe . I believe that to be the case Darren, although I think in this instance they would have a tough time regarding the public path argument. Having said that, like I said above, I would pack up and leave… hopefully with decent footage “in the can.”

I have had run in a couple of times with NT staff. I both occassions I had taken off from a public highway and landed back on the public highway. The NT staff were most beligerent and threatened to call the police. When I asked them to do just that the NT official backed off immediately. The NT have no jurisdiction over the airspace above their properties. Their staff are trained to “bully” anyone they feel is guilty of infringing their boundaries.By all means stand your ground BUT and its a very big BUT should you cause any damage however small to anything they will sue your a***e off and it will cost you a fortune.
How do I know. I worked as a contractor on dozens of NT properties over a 40 year period and I know how protective they can become.
By all means over fly NT property but dont so much as touch a blade of grass as they will crucify you. THey have got far deeper pockets than you.

should you cause any damage however small to anything they will sue your a***e off and it will cost you a fortune.

Not worried about that at all. If my flight was legal (and I think it would be) they can sue me for any damage they like… its what I have liability insurance with legal cover for.

As far as I’m aware Shugborough staff volunteers, at least, are not taught to be agressive but those I know well have said it’s the Rangers you need to look out for and I don’t know any of them.

Thanks for the heads up though. I wonder if any of our Grey Arrows brothers and sisters in arms have fallen fowl of the NT strong arm tactics and ended up the wrong side of a litigation. Would be interesting to find out

Indeed, light lacking at “out of office hours” this time of year makes sort of places a bit more difficult. I’ve never had any problems with golden hours at either end of the day in the height of summer at such places as hardly anyone is ever about.

I’ve done Shugbrough by the Essex Bridge (which I think you have too) but you can only get distance shots if you’re adamant about keeping VLOS. You might be able to get much closer if you’re one of those people that gives the drone community a bad rep by not keeping VLOS. But as a respectable pilot, that’s something I wouldn’t know.

I always thought trespass was if you were asked to leave and refused…otherwise its illegal entry??? anyone???

@AIRAC Ross, Trespass alone is a matter of civil law, which means that the police have no power to arrest you for it. They may nonetheless help landowners remove trespassers from their land. Trespass is entering – or putting property on – land that belongs to someone else, without their permission.

Owners of property have the right to ask trespassers to leave, however, they cannot take the law into their own hands by intervening, such as making physical threats or attempting to confiscate items. In doing so they may make the situation worse and risk committing an offence themselves! 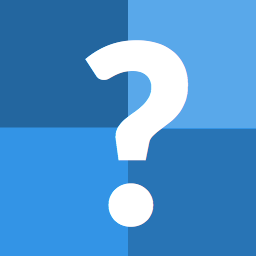 Attempted and successful prosecutions. Drone/UAV Use at National Trust sites....

Please confirm the number of successful attempted and successful prosecutions for hobby drone use including take off and landing (TOAL) and also overflying at National Trust properties by year, in the last 10 years. In addition please outline the...

I looked into the number of NT successful prosecutions involving UAVs and so far drawn a blank. Although the NT is not a public body and not subject to FOIA I did find the link above. In 2021 they had records of 54 complaints of drone flights since 2018. 18 per year (I knew my darts playing maths would come in handy some day).