I was looking at my MP in the bright sunshine we’re enjoying, and I think something’s “bent”.

The black mounting plate above the gimbal seems to be at an angle relative to both the MP body and the camera mount. (Yellow lines.)

Can anyone tell me if theirs is like mine, or are all three parallel? 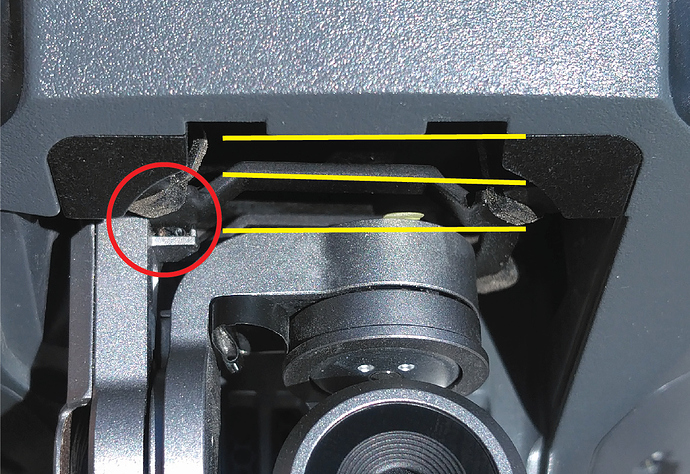 OK. Assuming it is bent somewhere in the region of the red circle, where the gimbal assembly is attached to that black mounting plate … has anyone dismantled their gimbal that far who can tell me …
a) is it easy?
b) if that gimbal to plate attachment is bent, is it likely to be the black (metal?) plate? Is there a part of that plate that goes down into where the gimbal is attached to it? (Thinking there may be and this part, to the main part, of the plate might be where it’s bent?
c) What do I need, tool-wise, to perform this strip-down?
d) If the black mounting plate is bent, and not metal, so possibly won’t bend back. Anyone know where I might be able to get a replacement of just that par?

If it’s working as normal I wouldn’t mess with it.

I don’t think it would have to be parallel since gimbal can rotate on 3 axis.

I’m sure the gimbal is suspended on rubber oring type mounts so if one side is heavier it may lean to side.

If it’s working as normal I wouldn’t mess with it.

I get a twitch, sometimes.
When it’s in my hand and I move it, the top of the gimbal is “just” catching on the bracket movement limiter bracket at the back. Might be the cause of the twitch.
Edit: Indeed, this might relate to my issue with filters … the reason it went back to DJI and they offered to fix other things that weren’t a problem (and still aren’t a problem) for a silly amount of money.

I’m sure the gimbal is suspended on rubber oring type mounts so if one side is heavier it may lean to side.

I think the “twist” in the mount is moving the CoG off centre, hence the plate is moving to compensate.

I watched a few videos on YouTube while back on changing gimbal assembly. Looked pretty straight forward.

Is this the part?

Indeed! Chances are I only need half of that … the top (in that pic) “floaty” part. But may not be a much bigger issue to replace all.

I think it’s bent at the two screw holes where the gimbal mounts onto that.

I’ll check YT, too. I’m so old school I never think of that as soon as I really should. #OldAgeSyndrome

So how do you think it got bent? I imagine you are extremely carefully with things lol.

I have absolutely no idea.
If it’s related to the filter issue, it must have been when I was in Italy last summer. That’s when that issue first arose.

Oh yeah, I forgot about the filter issue. That makes some sense.

If, for others, those three lines would look more parallel, I’ll certainly grab one of those parts and give fixing it a go.

Here’s a different view that shows what I’m thinking isn’t quite right.
The MP was powered up on a surface I’d checked was absolutely level. 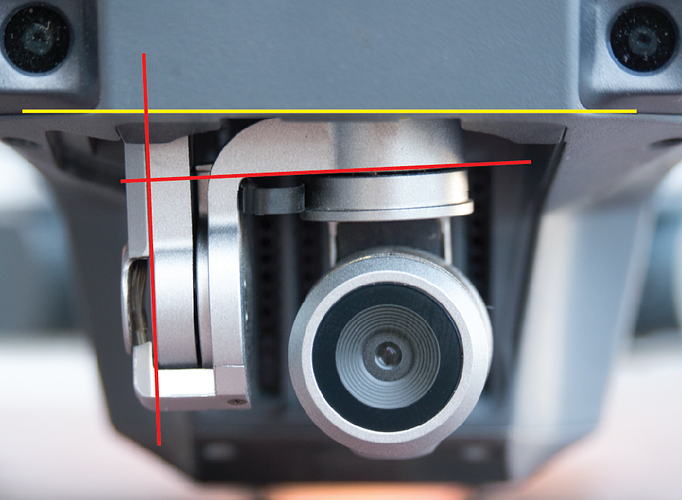 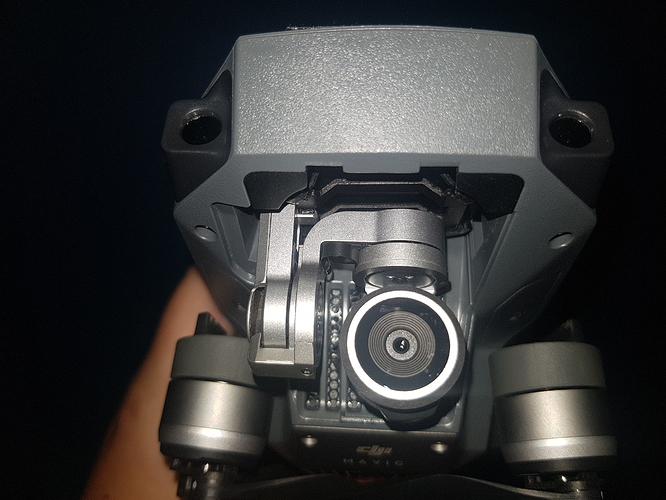 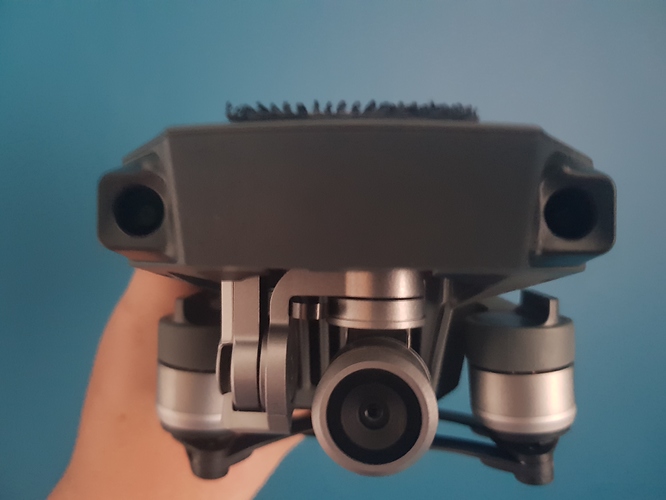 Mine looks fairly straight to me.

Think your right about yours, well spotted.

I’d better order that mounting plate and start mugging up on YT.

Hopefully it is just that part and not elsewhere in the gimbal. It’s the obvious place to start, though.
Thanks!

The rest of the gimbal looks quite robust, can’t see anything else in there bending.

The plate looks like a sacrificial part so pretty sure your right.

Good luck, let us know how it goes.

I’ll order the part and mug up, anyway, but before I strip it down I may try and see if anything would bend back into position-ish.
Of course, I could do more damage, knowing my luck. 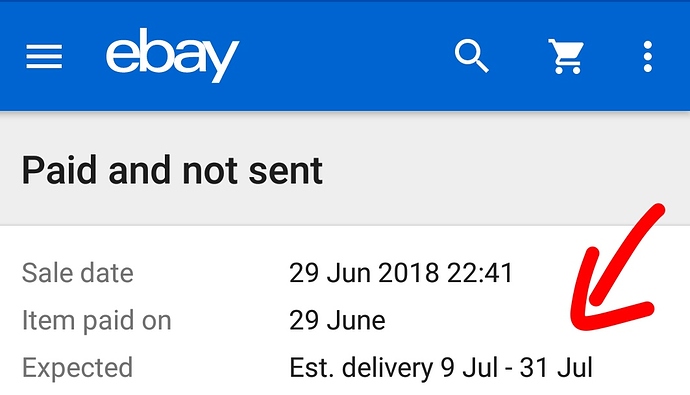 I had a small crash with my Mavic and i think the gimbal area took a hit, it looks similar to yours from front on, but not as bad (from memory…) I will have a proper look tonight but i will be keeping an eye on this as there is a chance i may need to do the same thing!

OK - I’ll do a post on the exercise when I get to do it.
It’s another 3+ weeks until the part I ordered arrives.
In any case … everything pretty much works, so it’s not a case of my flying is on hold because of it. THAT’s more likely when I f**k up the rebuild. LOL!

OK - I’ll do a post on the exercise when I get to do it.
It’s another 3+ weeks until the part I ordered arrives.
In any case … everything pretty much works, so it’s not a case of my flying is on hold because of it. THAT’s more likely when I f**k up the rebuild. LOL!

Yay! The parts have arrived! 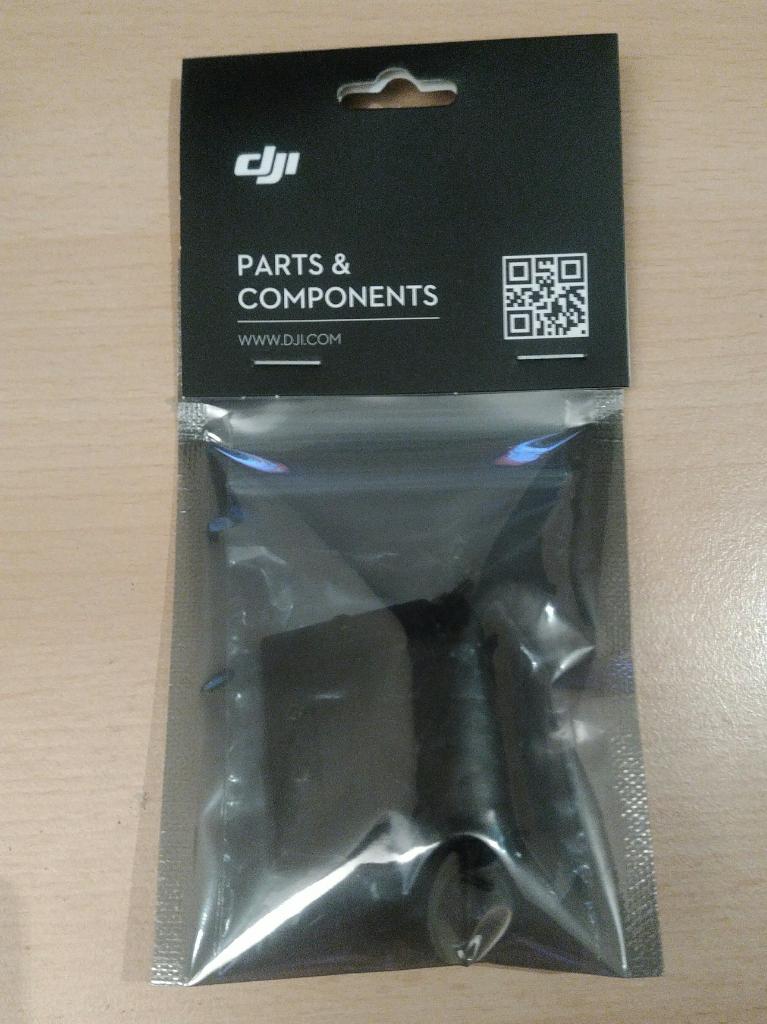 Oh shit! Now I’ve got to mug up YouTube instruction videos and take the plunge.

I’ve got as far as opening the packet, and watching several YouTube vids … and next week I’ll attack things. (Busy this weekend @ Goodwood Festival of Speed … without my MP!

Not certain how this will all go. Not because I’m crap at taking things apart - I’m brilliant at it … and almost as good at putting things back together.

The issue is that bracket (ringed) with the two screw holes. It’s through those screw holes that the screws go to attach the whole gimbal, and it’s that part that I thought may be bent, causing the slightly off gimbal angle.

That plate is plastic … which means (a) it won’t have bent originally (probably) … and so (b) won’t bend back (without breaking).
It also means the replacement parts (probably) won’t solve the issue.

So, still not sure if I’ll be able to correct that slant - but I’ll be taking everything apart, next week, to check which theory is correct - the one I had before I looked closely at the new parts, or my new one.
#TimeWillTell 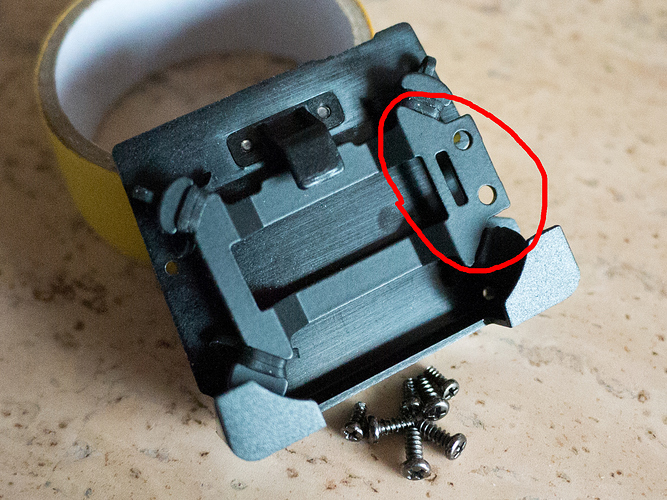 It could just be aluminium (hopefully!), and is bent. The black finish means there’s no touch feedback to say if it is.
Even tapping it doesn’t help - the dampers manage to damp any metallic sound if there is any.

Edit: The eagle-eyed will have noticed there are only 7 screws, not the 8 that were in the packet. This is not a good start! LOL!