The rumour machine has been busy in the last week or so with “alleged” image leaks of a supposed DJI race/freestyle type quad being in development. 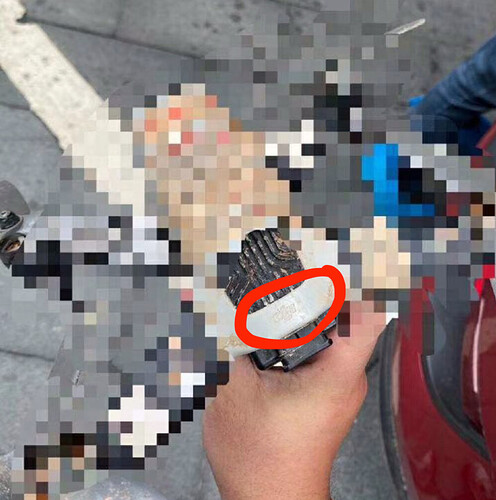 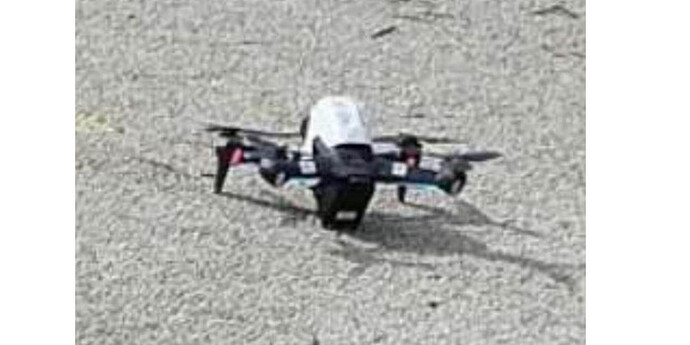 If there was any semblance of truth in these rumours would the prospect of owning such a DJI offering tingle your fuzzy bits? What sort of innovations would you hope to see, keeping in mind that DJI doesn’t play nice with others and that 99% of components used will be proprietary, and most likely the main one will be the battery?

DJI are renowned for having a short attention span with a lot of their products having a supported life expectancy of about two years. In the dynamically advancing field of race/freestyle multirotors could this machine even survive DJI’s predetermined lifespan expectancy?

It would have to offer something pretty ground breaking, like the hd system was to fpv, to be a big seller I reckon.

Building a drone capable of excellent photos and video and with good flight characteristics is relactively expensive and somewhat redundant when there are many very capable commercial alternatives.

I have no knowledge of FPV Fresstyle or racers but would assume that selecting components, building and timing the drone is half the fun. Unless DJI are putting together a DJI only race series I don’t see the alleged product appealing to FPV enthusiasts.

That’s in my totally ignorant of the subject opinion

Heard rumours about this way back at the beginning of the year.

DJI are renowned for having a short attention span

Nor are many drone pilots. I can imagine many lose interest within the lifespan of a product.
People appear on this forum all enthusiastic, and fade away within months - even selling up and confessing “it’s not for me”/“I’ve lost interest”.

The variable pitch camera, that’s also been rumoured for about 4+ months, might be useful to some?

I think they would do quite well in the cinewhoop market but for a all out race or freestyle machine I doubt it.

Bearing in mind the high liklihood of the quad ending up in a terminal tree entanglement, it’d have to come in at under £200, which let’s face it, it will’nae.

Either that, or it transforms like a… er… Transformer… Into a kind of chainsaw welding monkey that can climb down and hack its way thru any amount of scraggle to get back to its master…?

It kinda resembles an inspire but with tiny little T-Rex arms.

Well ma boy, ill give you a few tips of you like? There’s a lot you can do with a few electric toothbrushes and some string…

Actually I’m just stricking with cheap quads for now whilst them trees have still got it in for me. Unmanned tech’s source one kit comes in at about £160, which classifies it in the disposable category I’m looking for…

I’m sceptical of DJI’s willingness to share their IP openly. RTF racing/freestyle quads with proprietary components and fabrication methods can be very limiting. I have a few from ImmersionRC and TBS. If I search hard enough I can sometimes find spares for some of the ImmersionRC Vortex range but for something like the TBS Gemini replacement parts are now like Unicorn Eggs.

A big bonus, and in many cases essential bonus, is that the majority of Race/Freestyle quads have hot swappable and interchangeable components. The only field swappable component on any DJI offering has been the props. If DJI are going to go this route they will need to employ a significant paradigm shift both in their marketing/pricing and their distribution network (their US network has recently been slimmed down).

As I said DJI are like Apple in that they don’t play well with others. If I had my tinfoil hat within reach I’d go as far as to say that Red Cat (whom own Rotor Riot and are heavily invested in UTMS) may have acquired Fatshark on behalf of DJI. Or maybe I ate too much cheese before bedtime.

They may be just going for the ‘have a go’ ‘off the shelf at Argos’ person. With lucrative extended warranties etc.

That could be a very strong possibility but that will not bode well for the rest of us. When the Phantom was released and made available to the masses it severely tarnished the reputation of RC flyers in general as it opened a route for those with little to no experience to run wild in places they shouldn’t have been in in the first place, in most cases unknowingly. 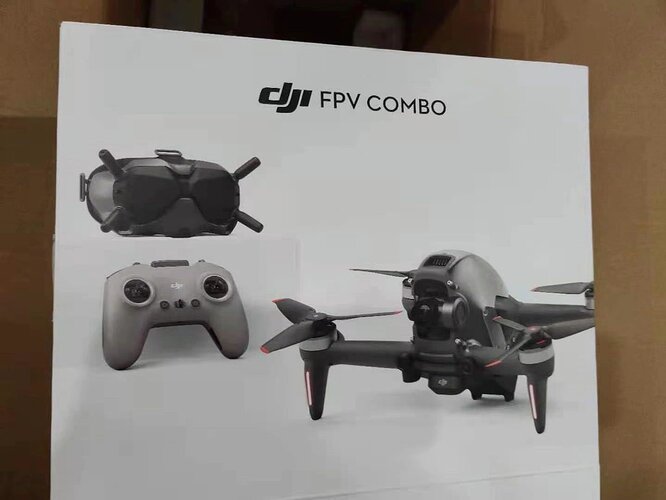 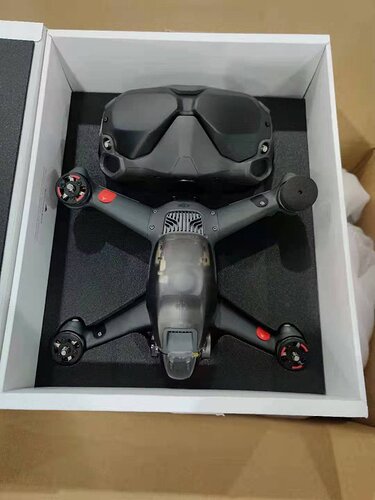 They may be just going for the ‘have a go’ ‘off the shelf at Argos’ person. With lucrative extended warranties etc.

Judging by the photos @OzoneVibe has just posted, looks like you got it spot on…

Not going to buy one, Nidge?

I think there will be plenty that might try FPV going this route … and only the indestructability of the DJI unit, and the pilot’s ability to learn the necessary flying skills, will determine if they stay in the sport.

I guess DJI could borrow from their existing tech and make this an epic trainer … with speed limits, regain control in extreme orientation and below certain height, hover, RTH. If that’s the case, I’d see it as a good thing to encourage people.

Unless, as I say, they build in “features”.

… but there’ll always be those that think they don’t need any skills/assistance, of course.

Not going to buy one, Nidge?

The expected cost alone for me is too prohibitive. I don’t think there’ll be much change, if any, from £1000 for the quad, goggles, and controller.

Reading much of the speculation and looking at the pictures everything screams proprietary while most things within the FPV community is pretty much opensource and interchangeable.

I’m pretty much sure that DJI have done their homework and identified which demographic they intend to target otherwise they wouldn’t have brought it to market. It’ll be interesting to see how the usual DJI YouTube “influencers” pitch the product, but no I doubt I’ll fall into the intended demographic.