Some footage from Southport that I’ve put together, 1st time using an ND filter. Still getting up to speed with video editing so any constructive feedback welcome! 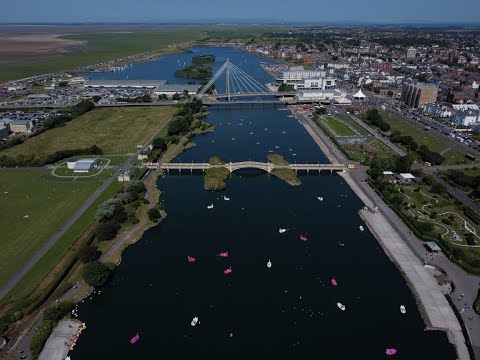 Nice. Are you using an ND filter and which one? Thanks.

Hi, yes it was the first time I’ve used an ND filter. It was a really sunny day so I used a Freewell ND64 filter

Thanks. I’m trying to work out if I need them.

Some very nice movements and scenery you have captured… I particularly like the light on the body of water you captured between 1:50 - 2:10

My only personal thought is that of transitions between scenes… there are more ways, provided by software developers, to transition than you could shake a stick at…

Most transitions between different scenes, in Film and TV, are direct cuts (where to cut is an art in itself) but if there is a merge is often a soft dissolve. I’d love to have seen a soft dissolve (or a dip to black) at 2:10 transition.

Delightful, but… transition trap, there are thousands of them and to try use them all on one video is a no go! Stick to old skool, less is more, keep it simple stupid, and all the old cliches! The subject matter is awesome, the editing is ok, the transitions need some work. Take a look at some real pro agency stuff, like Porsche, Audi, BMW, English Heritage, in fact, any big company and look at their transitions. As a total and utter amateur, I have recently been involved in a film that has hit the cinemas from July 9th, huge revelation as to what is good and bad and as a previous post states the direct cuts are the essence. Mix ground level work and if relevant some stills depending on the ‘job’, but…

Your movement is exemplary, the scenery is delightful, and I AM NO EXPERT!

Keep on posting, keep on editing, this is the start of a whole new industry!

Hi @Grazuncle , thanks for the feedback

Regarding the transitions, I thought I’d try a few different ways in this video but see what you mean about keeping them simple/more direct. In the first video I posted on here (Hi from Stoke-on-Trent), all the transitions were quick dip to blacks as it seemed to suit the music better but a couple of people said that they may have been too harsh!

Looking back at the last transition, I agree, would have been better with a soft dissolve, it’s all a big learning curve!

Lovely vid and agree with others. There’s a reason you never see those transitions in film or tv! Just cut in the right place looks a damn sigh more professional than some effect.

You had the ‘eye’ for the scene in the first place. You had something good to start with.

As they same in the programming world… Garbage in garbage out.

You can always fix it in a re-edit.

Hi @Royalalloy,
Thanks for the kind comments! Congratulations on the film involvement, hope it’s doing well at the box office!