Hope you all had a great Christmas.
I’m finally going to buy my first drone! After a lot of research and comparison, I’m really indecisive between the DJI Mini 2 and the Parrot Anafi. Which one do you guys recommend?
I’m really into the DJI Mini 2 but I read that the mini 3 will be released soon, is it better to wait for a few months?

I would like to shoot nice pics and videos. I already own different video/photography devices but I’m new to the drone world.

Run a few of your intended flight scenarios through Good 2 Go, it might answer the question for you: 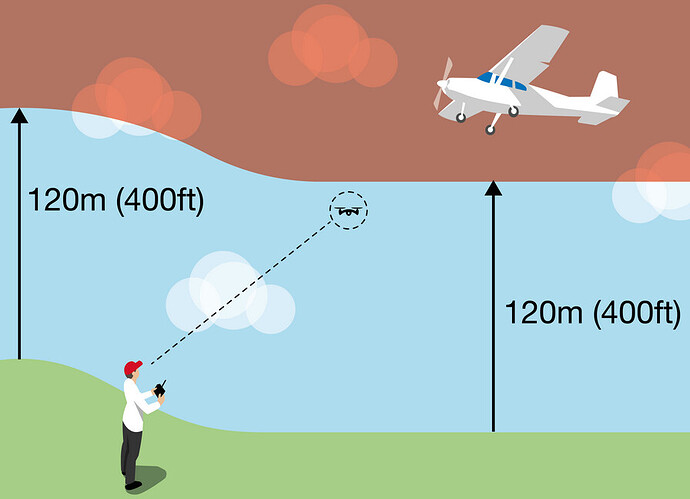 As for the DJI Mini 3 there hasn’t been so much as a whisper of a leak, much less any evidence of one being on the horizon. It’s a safe bet they will make a Mini 3 but it’s going to be three-to-six months away yet, and that’s before you factor in the global chip shortage issues.

There is also the sub 250g Autel Nano to consider too, this is due to start shipping next month.

Don’t fall into the “wait unyil a better one is out” trap. Any piece of technology - car, phone, TV, toaster or drone - will have a better model announced within weeks and expected to hit the market “real soon now.”

You can torture yourself and te yourself in knots juggling tech specs and reviews. The brand new lit is given to tame reviewers who have an association with the manufacturer. The specifications are often just repeating what the manufacturer claims.

Get a Mini or an Anafi. There are both tried and tested in the field, reciews are now from ordinary fliers as well. Firmware upgrades have gon part way to remove any bugs. New models are notorious for incomplete and buggy firmware with the promised features again on the “real soon now” calendar.

Again, if you wait until the new kit hits the market you have lost - for ever - several months enjoyment and fun flying and learning with an already very capable aircraft. Get your drone now!

I have both a Mini2 and two Anafi’s.

The Mini2 is sub250g where as the Anafi is around 360g. You have much more freedom as to where you can fly a sub250g model.

The Mini2 has DJI’s NFZ’s, which don’t always tally with real world NFZ’s. The Anafi has no such restrictions.

The Mini2 uses Ocusync 2.0, the Anafi uses WiFi. Ocusync is a more robust RF link and affords a stronger and more secure connection. WiFi drones are more susceptible to nearby interference.

If you want to mod the Mini2 to work at FCC power levels you will need to pay for the privilege. The Anafi can be put into FCC mode by changing some code statements in the APP. If you don’t fancy editing the APP you can download a premodified APP from the AnafiPilots forum.

The Mini2 has a mechanical 3axis gimbal. The Anafi has two axis of mechanical stabilisation, the third axis (yaw) is accomplished electronically. However the camera can be tilted 90 degrees above and 90 degrees below the horizon.

The Anafi is quieter than the Mini2 if noise is an issue, but the Mini2 isn’t what I’d call overly loud.

Parrot have pretty much given up on the Anafi and the consumer market in general, instead concentrating their efforts on the Anafi-USA used in Military and Law Enforcement. The Mini2 is still very much current, and uses newer technology.

As for a Mini3??? I’d ignore the clickbait ramblings of the Social Media Soothsayers. No doubt there will be a Mini3 at some point but in the meantime these self professed prophets are just fishing for clicks.

I would also add, the Anafi has the following which the Mini2 does not.

Follow me, where the drone will follow you from a fixed or dynamic position. You can also operate smart dronies whilst using this mode.

Camera man/point of interest. These are great for allowing you to keep locked onto a subject whilst manoeuvring the drone around to capture it from different angles.

Flight plan, allowing you to program an autonomous flight where you input the direction, altitude, and any points of interest you want the drone to capture in your footage.

Follow me & Flight plan have to be purchased in the app and at my time of buying it was £0.99 for each.

I had a similar decision when purchasing my first drone but it was the Mini1 vs Anafi. I went for the Anafi because i wanted the features i listed above.

Take particular heed to Nidges last note regarding Parrots withdrawal from the consumer drone market. Plus, If your unfortunate enough to crash your drone and Parrot deem its your fault, its up to you to then fix it. They dont provide or can recommend any repair service.

If i was beginner starting out i would go sub 250gram and you can`t go wrong with the Mini2. If you really want “Follow me” modes then there are currently drones available on the market that have this that are still sub 250gram with 4K Video & 3-axis Gimbal camera. Namely the Hubsan Zino Mini SE or FIMI X8 Mini(Pro version).

I would also add, the Anafi has the following…

Now I know I should use my Anafi’s more, I’d completely forgotten about the software features. I remember when I got my first Anafi I did a side-by-side comparison of the tracking features with my Spark and found that the Anafi’s tracking features were more reliable in awkward lighting conditions. I put this down to the Anafi having a camera with a much greater dynamic range.

Could also be due to the Anafi uses both visual and GPS for tracking when using the flight controller.