I’m curious, if the airport closes, what happens to the frz?
Does it have to be officially revoked I wonder? 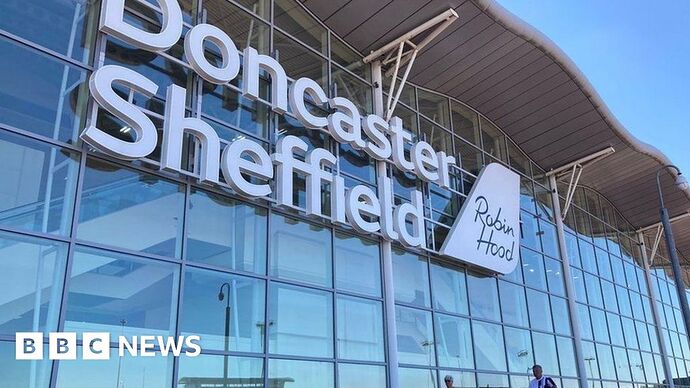 Big freight centre and the police and air ambulance are based out of there.

@Howard78 lives on the flight path he might know more

Ah, so when they say ‘closure’ they may mean the passenger side of the business? I had visions of zooming round a deserted runway …

It’s highly likely that Peel (land owners) will turn it in to a large distribution/ warehousing site.

It’s a shame since there’s been flying out of finningley for almost 100 years.

I’d rather see the airport survive as it will have an impact to the village I live in.

Derriford Airport has been shut for years, but FRZ still in place. We have had one plane make emergency landing despite the big X. I’m thinking that as long as there is physically a runway the FRZ stays in place…

There are plenty of “runways” without an FRZ. It’s all to do with the airfield still being licensed to operate as an airfield.

eg: 3 runways without an FRZ at Thorney Island …

I do remember, as a kid, sat in the car at the end of the main runway as aircraft took off, though.

Being turned into warehouses.

They were offered funds from the local government to stay open until next year with the hope of finding a buyer.
They had several interested parties who wanted longer to carry out due diligence

Peel rejected that money dispite requesting a loan prior to announcing the wind down.

Lots of infrastructure in place to support a logistics hub - I seriously doubt it will remain as an airport if Peel have their way.

I seriously doubt it will remain as an airport if Peel have their way.

Thought it had been confirmed now as closing for good?

Peel have. However local, regional and national government are still in talks to “try” to save it.

It gives some hope but it has been clear for a while what Peel want to do.

[quote="Aerialskape, post:5, Sheffield had this when Budge went bust. The passenger side struggled on for a time, but now its the police helicopter landing pad.

Sheffield was also owned by Peel.
They did the same and now most of the surrounding area is warehouses, businesses and from what I can see on google maps a large unused airfield-sized patch of wasteland.

The difference between Sheffield and Doncaster airport is the history and size of the runway.
There has been flying at this location for over 100 years - such a shame to see it go.

Doncaster Sheffield Airport (IATA: DSA, ICAO: EGCN), formerly named and commonly referred to as Robin Hood Airport, is an international airport in Finningley, near Doncaster in South Yorkshire, England. The airport lies 6 mi (10 km) south-east of the centre of Doncaster and 19 mi (31 km) east of Sheffield. The airport opened to passengers in 2005. It was initially operated by Peel Airports, a division of The Peel Group. Doncaster Sheffield Airport has a CAA Public Use Aerodrome Licence that ...

Your right Howard Peel were heavily involved. They had an agreement to buy 80 acres if the airport proved unfeasible within 10 years for the princely sum of £1. And it closed in 2002 after five years in operation. The land was bought by Peel for a quid then they advertised it for development into a business park - which is now open - at £220 an acre. A new police headquarters precinct was built at one end and the helicopter operates from there.

They have purchased large swathes of the surrounding land to the airport and have planning in place for warehouses that should have been linked to the cargo aspect of the airport.

The shame is that the cargo side was doing really well by all accounts and growing steadily.

It’s not uncommon for P68R (NPAS) to fly all the way from Doncaster to cover call outs here in Hampshire!!

P68R (NPAS) to fly all the way from Doncaster

NPAS as well as several other agencies are based out of DSA.
These are all having to find new homes at very short notice - potentially putting lives at risk.

It is absolutely amazing news to hear the hard work that has been going on in the background to try and find a buyer for our award winning Doncaster Sheffield Airport has been successful! There are three private sector investors with interest in taking control of DSA that have been found and have been put forward to Peel. Those investors include a major international infrastructure investor, a Gulf-based conglomerate and a UK based regional airport investor.
It’s also great to hear that airlines currently operating at DSA would stay and continue operations if the airport does remain open. Ros Jones has also said ‘There is also considerable interest from new airlines, freight and other aviation industries that would like to use and invest in the airport and would do if Peel would end this uncertainty and negotiate’. This shows that there is serious interest in our award winning airport and that a positive future is possible if Peel make the right decision!
We now await for a response from Peel and we pray that this time they make the right decision! The offer has been made clear to Peel and it’s also been made very clear to them that if Peel decide to make the wrong decision and go ahead with the closure then Doncaster Council are prepared to ‘initiate the process for a Compulsory Purchase Order of the airport and investigate if we can go to the courts for a Judicial Review of Peel’s decision to close’. Fingers crossed the right decision is made and DSA can remain open!

interesting. Been following this closely and some of the above were made public prior to a meeting last week with regional leaders from the council and government.

They clearly have other plans for it and will go ahead with the closure.
Let’s hope that the council have the balls to fight for compulsory purchase order… 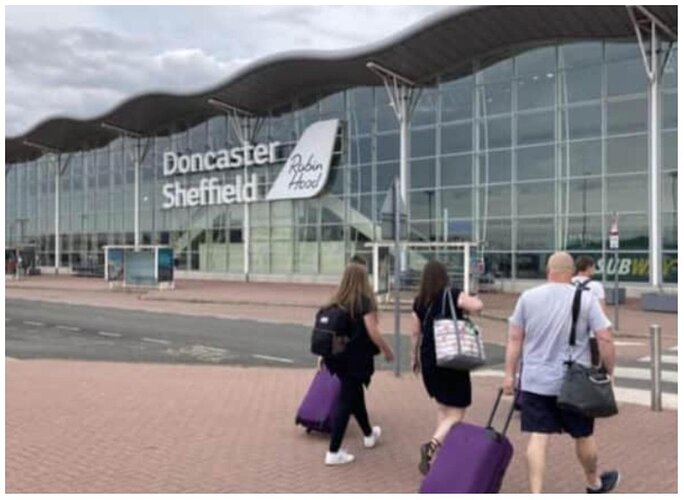 Doncaster Sheffield Airport: Peel agree to last-ditch talks to save base

Doncaster Sheffield Airport owners Peel have agreed to enter into talks with potential investors in a dramatic eleventh hour bid to save the base.