A quick video of mine and Brendan’s fastest laps at the Drone Circle Tinywhoop session at the weekend. Brendan was a LOT faster than his dad! 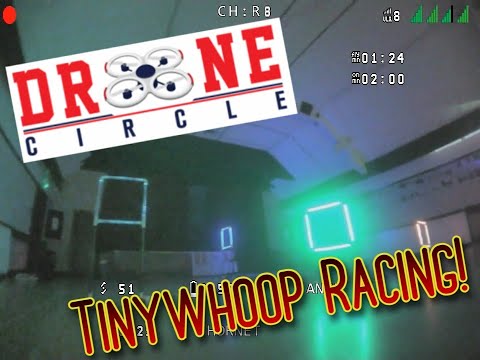 What do you need?

I actually tend to buy from AliExpress… though there is a wait time. (I ordered in the summer)

I could easily complete that, in a day or two. With a few spare drones.

Good laps there! I only snuck under 15 seconds once, and mainly in 16 - 20, heh, must learn how to do those vertical loops/figure 8 things… What was James’ quickest? 11.20? Turning up the heat on the drone circle team list for 2023

And boy the cam on Brendan’s far clear than mine (and yours of course, but I’m comparing analogue to analogue here, heh)

What do you need?

I’ve found a few but the kicker is, my charger (the one supplied with the 'hawk) is PH2, so it needs adaptor cables. I already have 2 (one of which is god knows where due to only having one battery) so I’d need to get some more. Or convert the charger board to GNB27, which shouldn’t be too hard.

Or I could get a PH2 connector for the whoop and switch to PH2 batteries, but that would be a waste of my existing battery and the GNB connector is reputedly “better”.

Just get a mob6

If you’re going to switch, do what me and @Yith did, and spend hours faffing and changing every PH2.0 (and that flat horrible thin one on the planes) to BT2.0… Not too bad doing a 1S battery, but boy got a little boring…

@Earwig you are more than welcome to borrow my TH2.0 if you wanna come along!

If you’re going to switch, do what me and @Yith did, and spend hours faffing and changing every PH2.0 (and that flat horrible thin one on the planes) to BT2.0

Yeah. I actually made 12 conversion cables pt2.0 to bt2.0 for my chargers. Switched all 4 quads over and a load of batteries. Not too bad to be honest.

Now though I’ve bought a vifly whoopstor charger, which is even better than I was expecting (its miles ahead of anything else out there) and started to use tattu batteries with bt2.0 built in (without flying leads, which is bloody marvellous).

Now though I’ve bought a vifly whoopstor charger, which is even better than I was expecting

It’s good innit… though storage from over 3.85 is SLLLLOOOOWWWW run them under and charge up! Took me ages on Sunday after had a few left over after my camera stopped working (just the cam plug had popped out fortunately, easy fix!)

I want a second one, lol. Did actually run out at one point (from having 14 batteries). Have ordered some more, hopefully arrive before whoop season out!

oooh apparently the gnb27 is better than the bt2.0! Doh what a pain!

I want a second one,

We’re getting one… its one of Brendan’s xmas pressies… oops he’s on here… meh he knew.

Amyway we were running our other two chargers as well.

Another 10 batteries are on their way as well.

these guys have stock of batteries!

I’ve actually managed to get everything from HobbyRC. Had to settle for a mix of batteries - took the 2 that I actually wanted and a couple that will probably do. Turns out they also had some GNB27 female connectors with wires which I will see about fitting directly to my little Earwax charger board, either with or without wires.

I will see about fitting directly to my little Earwax charger board,

Why not adapter cables?

Why not adapter cables?

Probably will be now. I was too fixated on “one stop shopping”

, but I’ve got some more bits coming from fleabay for a couple of quid (free P&P), so I’ll make adapter cables, which will also work with the WhoopStor, should I end up getting one.

You need a LOT of batteries for this kind of flying! I got 14 300mah no cable ones, with 10 more on way, lol. Like to rest them between packs too for a while!

Was watching videos on PID tuning too last night… Again it’s alien, totally alien, and no mr bardwell, chris rosser has NOT made an easy to understand video on PIDs…