I was looking to get the DJI FPV, but I saw Ian’s video on the Dronemask and wondered if it was worth a try, but just from a quick search it doesn’t appear to be available in the the UK unless anyone knows where ?

Edit: I’m currently done less, so will be buying a done whether it be the FPV, mini or air 2s

Haven’t seen the video but is it not just something like these with a fancy name? 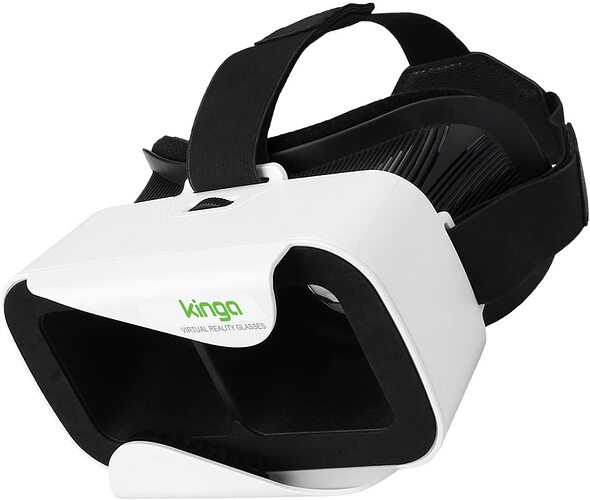 Maybe @ianinlondon can offer more info on where he got his ;o)

This is essentially a box goggle, minus the screen, that uses a magnifying lens. Now this is just my opinion but you would need your bumps feeling if you spent $169 on a Drone Mask. A few years ago Hobbyking sold something very similar for FPV use, but this came with a reasonable screen and a selection of magnifying lenses, and cost about £15, plus another £5 if you wanted it with the fancy neoprene enclosure.

Now that the SDK for the Mini2 and Air2(s) has been made public, a much cheaper and more effective method is to buy the Litchi APP and a regular stereoscopic headset as Litchi supports stereoscopic viewing.

The other benefits of using Litchi are that it’s much smoother than the DJ-Fly APP (or at least it is on my Huawei devices), and it appears to have more customisable options for the controller, meaning you can access more display options while in goggle mode. However I’m a new user of Litchi and need to confirm this.

This will do the same thing:

Just read that this was posted further up my bad

I’ll add that the experience that this type of phone holder offers is crap compared to even basic FPV box style goggles.
Don’t waste your money

’ll add that the experience that this type of phone holder offers is crap compared to even basic FPV box style goggles.
Don’t waste your money

I don’t agree with this. The experience you get is actually way better than anything but the more expensive FPV goggles because you’re using your very expensive phone rather than a cheap screen built inside the FPV goggles. No latency and in ultra high definition.
Of course there are cheaper ways to hold your phone, right down to the ultra crappo cardboard phone holders. Like everything, you get what you pay for. I liked DroneMask because it was very comfortable, well made, and the single lens is large and clear without having to use an app to split the phone screen into 2 smaller squares. Its huge lens lets you see you whole phone screen easily and in absolutely fantastic clarity and detail. It was like using a magnifying glass to see your phone screen.

Is it worth it? Your call. Lots of people say lots of DJI stuff isn’t worth the money they charge, but still people buy it. But in this case, I can say it’s well made and you do get a really good experience; I just can’t say whether it’s worth $160.
Ian

No latency and in ultra high definition.

Not quite. The resolution is only as good as the downlink allows, irrespective of the resolution of the screen. If I use my mobile device with its 4K capable screen to view my analog FPV feed it still looks like a 640x480 low bandwidth YouTube video. As for putting your phone in a box, how does this improve latency, other than the time it takes for light to travel from the screen to your eyes using the box as opposed to the time it takes if holding your phone at waist height? Or f you mean latency between the DJI APPs and the 3rd Party apps that provide stereoscopic viewing I’ve found that latency is slightly less with Litchi compared to both the DJIGO4 and DJIFLY APPS.

I don’t agree with this.

That’s cool too - we cant always all agree.

The only real difference I can see between the Drone mask and the cheaper alternatives is the single lens.

I probably overlooked the fact that my experience with this type of google was via parrots app which as you said splits the screen - that may have been the difference.

However, in my opinion, the experience was poor compared to the Emax,skyzones, Fatshark’s or DJI goggles I have used.

Sorry if we’re getting on crossed wires here. My point was on Howard’s comment that it was crap compared to even basic FPV goggles; so I was referring to goggles that have their own in built screen, ie FatSharks that are considered pretty much as good as you can get. This, versus using goggles that use your own phone. The DJI video transmission is 720p and that’s what you get on your phone screen with practically zero latency. Basic FPV goggles with their own in-built screen will not be anything like the resolution or processing speed of your phone, hence they’ll be lower resolution with more latency.
(and defo wasn’t referring to the 0.00000000006 of a second it takes the light to travel 2cm from screen to your eyes…)

Basic FPV goggles with their own in-built screen will not be anything like the resolution or processing speed of your phone, hence they’ll be lower resolution with more latency.

There’s zero requirement for them to have the processing power of a phone. Add to that the inherent latency in camera drone feeds is due to the limited bandwidth and the amount of overhead and error correction needed. As for display resolution my Skyzone goggles offer true HD OLED displays with an image quality comparable to a phone.

The latency in the DJI camera drone systems is not remotely “practically zero latency”. The latency inherent in the Mavic3 is around 150ms under ideal conditions, increasing as the signal gets weaker. This latency may not sound all that big but when compared to traditional analog and digital FPV systems it’s positively astronomical. A good analog system is below 10ms constant latency and the HDzero HD system is comparable, hence its growing popularity in the Pro Racing leagues.

The DJI FPV system latency is around 26ms. This is because it uses a data rate of 50mb/s (more bandwidth) than the 15mb/s and less used on the current DJI camera drones. And in many circles this latency is considered too great.

I think a better description of the latency when using your phone as a display would be adequate for a slow moving (25mph and lower) camera drone. Flying faster and you run the risk of crashing before you see the crash.

What @Howard78 and I were getting at was for what the product offers is grossly overpriced. I bought a near identical product from Hobbyking five years ago. It was supplied with a screen but you could put your phone in it if you wished. It was supplied with a selection of magnifying lenses and other accerories for around £15. There was some self assembly required but if you were capable of glueing yourself to a table you could put this goggle together.

Hope they’re paying well for the use of your footage

Hope they’re paying well for the use of your footage

Does anyone know if there is a way to use the oculus with the Dji mini 2?

Drone Mask 2 in the wild: 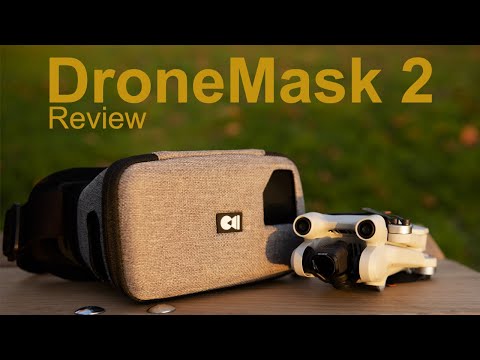 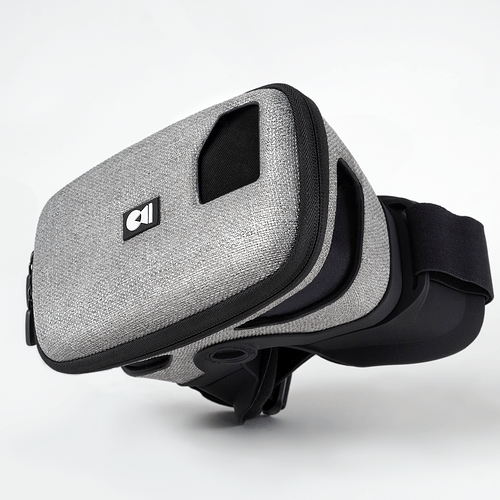 Free global shipping   Works with DJI and other drones 4 times higher resolution than split-screen VR with our unique optics Works with all full-screen videos, 360 movies and AR apps Compatible with all smartphones Unique optical solution,...

You order one Rich?