They used a custom made racing drone to fly a lure for the falcon to catch.

Edit: And more at 46 minutes … to measure speed.

Been watching some of a series “Abandoned Engineering” on the Yesterday channel.

Rather envious of whoever does their drone work. Some interesting locations … and subjects.

Countryfile showed a farmer using a Parrot Disco … I think it was. Though exactly what it was being used for was unclear.

Speaking of Countryfile, they launched their annual Photo Competition this evening. With a loose theme of “Seasons in the Sun”.
I’m sure there’s scope for some drone photos to be submitted for that.

Probably the Disco AG, it must be an impressive sensor as retails at over 5 grand. 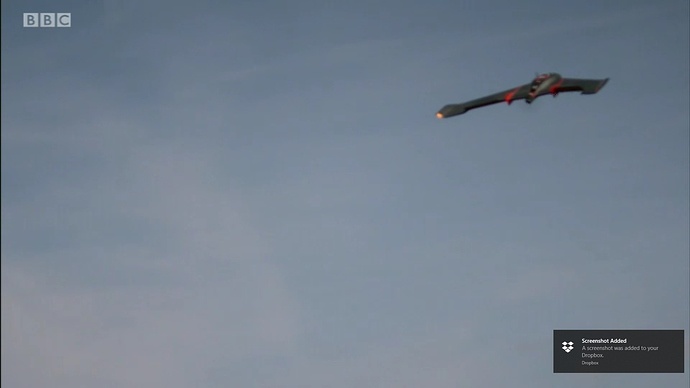 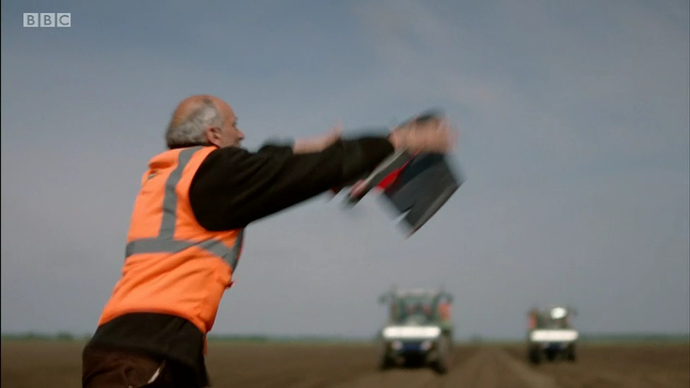 Not a disco then. I thought for a minute he was handcatching it there.

Disco-ish. I knew it wasn’t a Mavic/Phantom.

Countryfile showed a farmer using a Parrot Disco … I think it was. Though exactly what it was being used for was unclear.

We (the royal we) use them for NDVI

Yup, we (again, the royal we) use a Disco fitted with a Sequoia multi-spectral sensor:

Which allows us to produce hi-res maps like this for our clients: 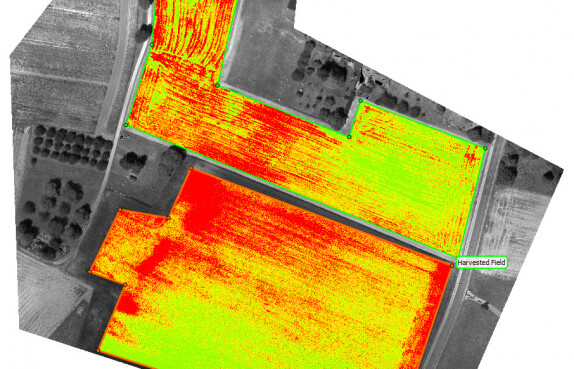 We’ve got a phantom with a Sequoia on it too but the flight times aren’t long enough for most fields.

I anticipate this may not be the best PR for the drone community.

I wonder how much will be total BS?

Probably a lot of truth to it unfortunately.

Figures show that to date, there has been a total of 35 arrests and 11 convictions of criminals involved in drone activity – resulting in those convicted serving a total of more than 40 years in jail.

the longest sentence of this type which was handed down in May, where Tomas Natalevicius and accomplice Dalius Zilinskas were jailed for over a decade collectively

in December, Dean Rawley-Bell, 21, was jailed for 4 years and 8 months after he used a drone in attempts to smuggle drugs and mobile phones into HMP Manchester

in October, drug dealer Renelle Carlisle, 23, was jailed for 3 years and 4 months after he was caught outside HMP Risley in Warrington with a drone in his bag, trying to smuggle drugs inside

in July, 37-year-old Daniel Kelly was locked up for 14 months for trying to supply offenders at HMP Elmley and Swaleside in Sheppey, HMP Wandsworth in London and HMP the Mount in Hemel Hempstead with contraband

I don’t need to watch the program now.

I was aware that they had been used in such a manner, I guess when I predicted BS, I was thinking about the potential for exaggerated claims as to what drones could really do.

I bet half of these drone are DIY jobs as well. Be interesting to find out.

5 Celebs in a caravan, although its car crash TV has some very pretty (obvious) drone footage, last week was the N Yorks Moors and this week was cornwall.

This is at 9pm this evening!

Set to record. Past my bedtime

Good to see that the criminals are maintaining VLOS! #Repect.

Interesting that the CPS didn’t know DJI drones logged everything.

Now they do - I need to rethink my money making ideas. LOL

It surprises me that prisons don’t have cages around the windows which would prevent stuff bring passed through!