Hi all, had another thread re the issues I’ve been having with the VTX on a new Nazgul but wanted to ask a question of the wider community…

What analogue mw are you running at? And with what antenna? I am using iFlight Succex Force VTX with a Foxeer Pagoda on the drone and another Pagoda and a Martin Baert Triple Feed patch on the googles. And the signal is, to be frank, crap. I get 75m clean(ish) and it’s flyable (but not pleasant) out to 150-200m - and tbh anything beyond 100m can break up instantaneously so it’s not worth risking.

I am frankly underwhelmed with this, was expecting far better. I have flown fixed wing FPV with an AKK VTX running on lower power than this set up and it will do two to three times the distance with significantly better clarity at all ranges. In fixed wing the general rule seems to be to get the VTX and RX antenna as far away from each other as possible - this is of course a bit tricky on a quad.

I’d be really interested to hear from others what sort of range / quality you’re getting and what distance I should reasonably expect. I did solid research on this before buying so am pretty

about it all atm.

Moisture in the air will affect the signal. I’ve been over 1km out. That’s on max output though (unify pro32).
I did have a problem a while back, but I’m not sure whether it was the antenna not fitting right into the vtx or the lack of air flow. Probably the former.
It’s fixed now and I have at least 1km on 1w+ but I have to turn back due to lipo issues

My setup is a pro32 vtx, standard antenna, on the goggles I have an axii long range (it will see over my head!) and a vas patch. The vas patch is solid but dear.

Thx - I think the AKK on is a similar / clone of the TBS one, similar power outputs and as mentioned I get easily 400m out on that so was expecting similar. 1k would be a dream!

There’s definitely something wrong. 1km in line of sight should not be a problem. Most antennas are basically the same. Really think it’s a vtx thing. Either the vtx, cooling, connections etc

Here’s today’s (v. dull!) video if this may give any indications. Maybe noisy electrics or just something not happy somewhere… 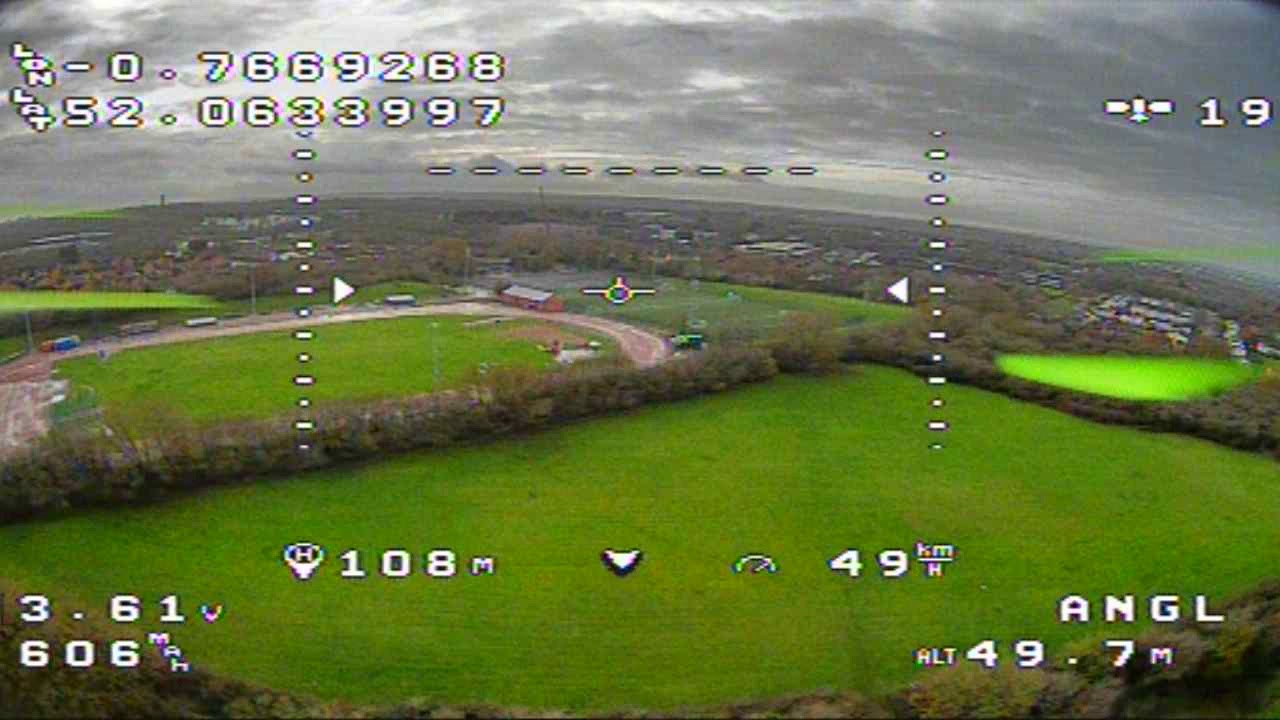 Woooah! That’s bad! Are your quad antenna connections tight? You get break up at 30m, then more breakup within that distance. Still say duff vtx
This is what you should have at 1km

What mw was that set to? Because I can 100% say that is not right. I flew my Nazgul5 V2 today on crossfire out to about 600m and had zero break up. That’s with the stock antenna the iFlight Albertross RHCP.

Couple of things I would check.

My video feed was perfect today. So something is definitely a miss.

Thanks for confirming my suspicions! That 1km looks awesome.

Deffo not in pit mode - checked this earlier. That flight is allegedly at full power.

Will check battery capacitor - some else mentioned it may be noise or something other than signal as it really is pretty poor imho.

Are you running stock firmware? If not, have you setup the stupid vtx tables?

Definitely not right mate. I was running at 800mw and took it out 600m with absolutely no break up.

Have you ever powered up the quad without the antenna attached? You could of fried something.

I thought they was only important if you’re using smart audio?

Yes to stock firmware. I also downloaded the vtx tables to do a cross comparison and it’s all correct for the UK. Not powered up without antenna, and I’ve also added a fairly serious slab of heatsink to it too.

it’s all correct for the UK

Use usa I think. Uk locks to 25mw? Maybe. Even at 25mw you should be clear though

Next time I fly I’ll try and make sure I capture some DVR.

In the meantime you should put your VTX info on your OSD.

Have just looked and cap looks attached, but it’s buried deep in frame so v. hard to tell. It’s awfully close to the VTX connections though…

As long at the legs of the cap are making contact with the live and neutral battery lead it should filter the noise. I’d probably look at replacement of the VTX maybe swap it out for a TBS Unify pro32

Just out of curiosity mainly are you running the 4s version or the 6s?

Also I’ve just been looking at the info on your OSD from the video you posted. Your LQ looks extremely poor to me… looks like its constantly on the border of failsafe… it never goes above 8. Too put that into perspective my Crossfire setup never goes below 200 always between 300 and 200… wonder if there is an issue with your RX and due to the issue its causing interference on your video feed

Also another consideration is your GPS unit. But I can’t see that causing interference I’m assuming you installed that yourself what UART did you use?

What radio system are you using?

I need to word this differently as I think you are using Crossfire, judging by the OSD.

Anyway the actual system itself is not an issue but rather the digital grubbings inside the radio which can effect the goggles receiver when in close proximity. I’ve experienced this with my Taranis and still getting the same issue if both the internal and external module are switched off.

When we fly we have a tendency to lower our heads which results in any directional antenna pointing directly at our controller. Experimenting with antenna pointing and distance between the controller and goggles can eliminate the issue.

I’m 6’3” so when I’m stood up and my controller is at belt level I don’t suffer interference, but if I’m sat down an hunched over that’s when the issues occur because the distance between the goggles and the controller is significantly shorter.