Quick question, just been tinkering with my Firefly as had a bit of a bump last weekend. On opening it up Iv discovered 2 of the wires have come off the ground and the Sbus thing is I cant find where its come from ?. Looking at the diagram it seems a little confusing as what goes to were

I thought you had to have both ground wires soldered to the FC ??, can anyone sched any light on this ???. 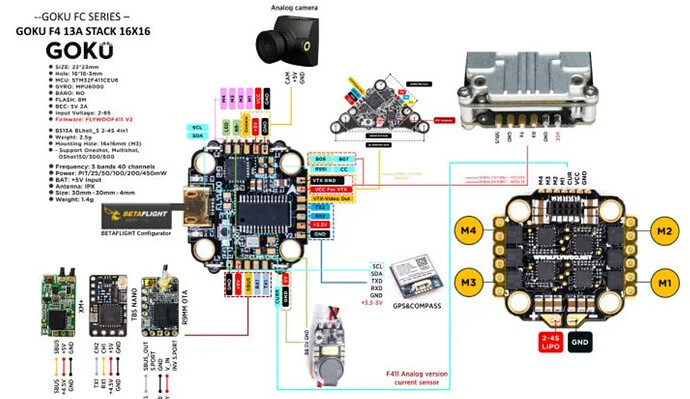 As long as every module has a link to ground somehow it doesn’t really matter how they get there.
Ground is sometimes called the “ground plane”, or “common ground”. It’s all the same thing…

As for Sbus I think it should go between the two connections I’ve marked in red… Assuming it’s using the DJI Controller. Otherwise it depends on the RX module chosen. 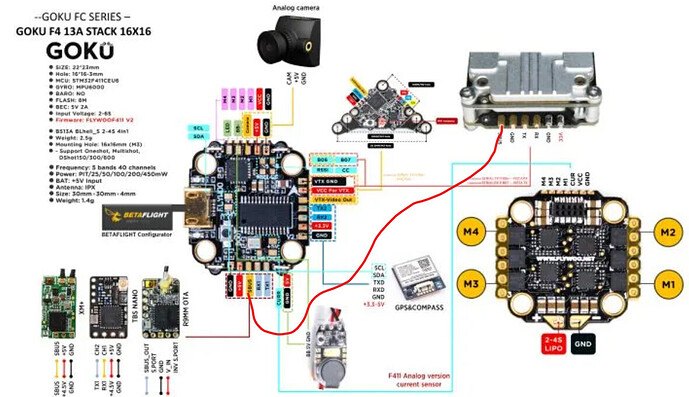 The arrow shows were the ground came off, so looking at the order the wires are in the pad next to the black should be the SBus but there is no solder on there to indicate it came from there… 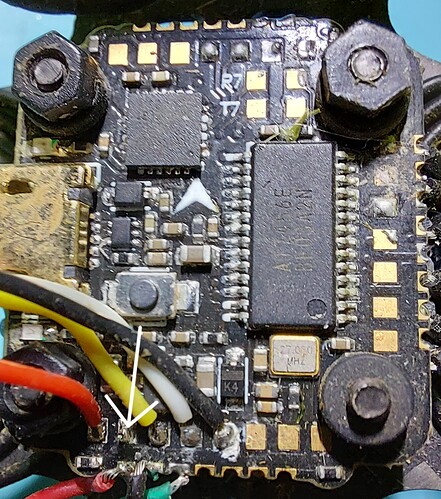 It looks very similar to this board… not identical. Did you get a manual with the quad? 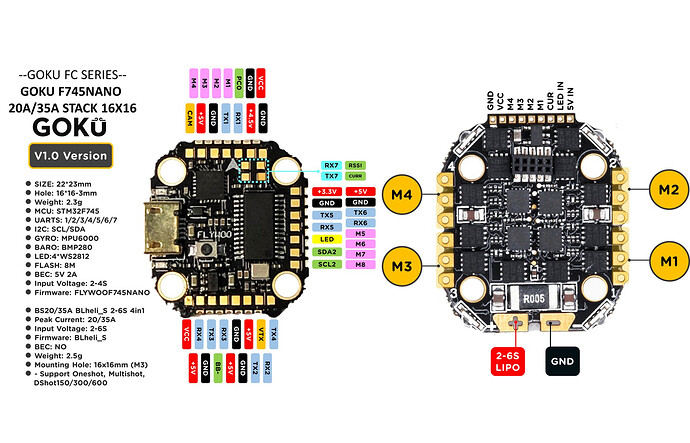 If no manual, then perhaps go with this one. What does it say is Serial in in Betaflight? If it is on UART 4 then it makes sense that SBUS goes on where you think the ground goes.

Which then leaves you wondering where ground goes, but that’s lucky… any ground location. Assuming of course that the wire really is ground and has not been given the wrong colour.

I hope it goes without saying that you’ll be using a smoke-stopper once you power up after rewiring?

Yah defo a ground which I can bob onto any G like you say, Ill give it ago tomoz see how it goes 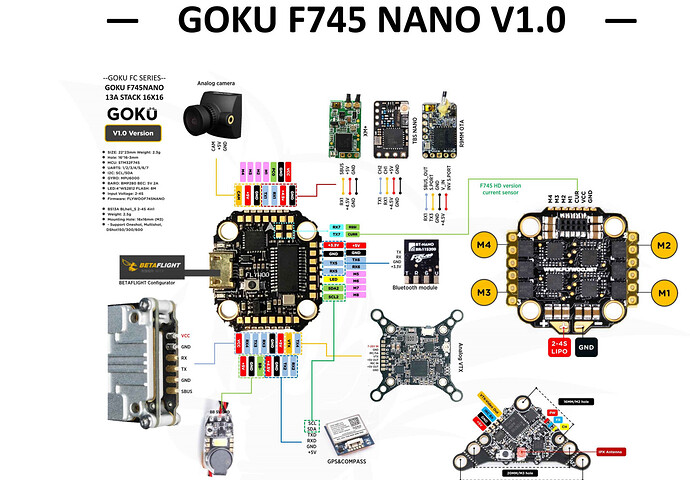 well iv dobbed the SBus wire next to the the live as in pic below, but the strange thing is, it depicts you only attach 1 ground to the FC ??. Iv soldered the another ground wire to a spare G pad which seems ok. But on firing it all up I have VTX and it connects to my hand control but nothing works i.e switches.

So, you’re using the DJI controller as your remote, right?

In Betaflight you have:

That’s all that should have been set. If it’s not working, you could try changing the Serial Rx port config to see if any if you’re actually attached to a different port.

Otherwise you may have a continuity problem. So, check your wiring with a multimeter.

You have an F7 FC so you don’t need to use a dedicated SBUS port on the FC. You could try wiring to a different RX pin on another unused UART.

Yah all good on ports 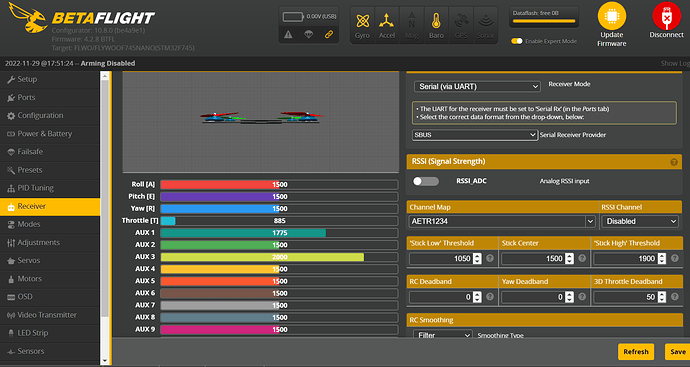 I hope Im wrong but there is a chance that when the sbus wire broke off it touched the VCC pad next to it. If thats the case it would have blown the potection diode for sbus 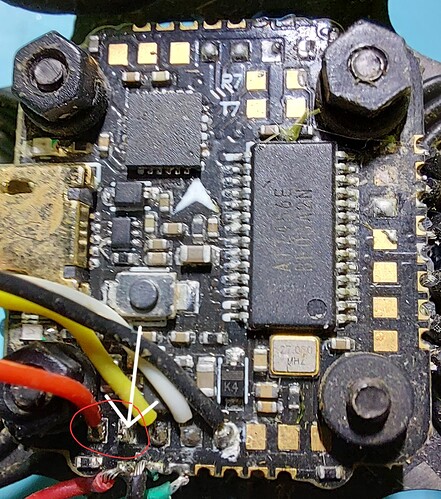 Ok is there a way I can test for that ???
Would it be as simple as testing between RX7 and the one iv soldered to ??

Its the protection diodes on the vista you would need to check. Have you got a multimeter with a diode setting? 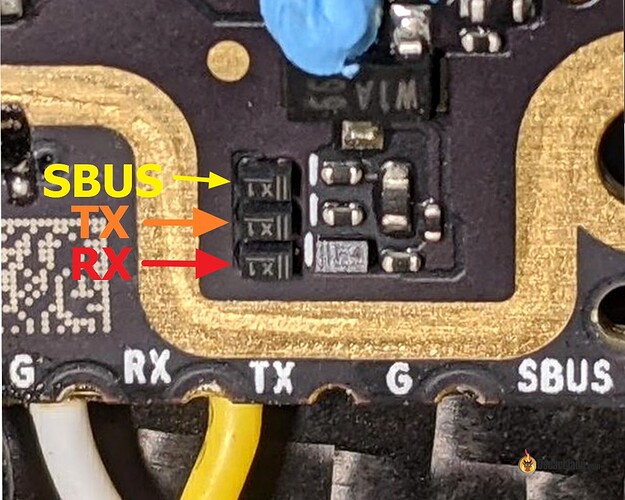 OMG not another bloody Vista on the bench, that will make 4

And no I dont just the box standard on 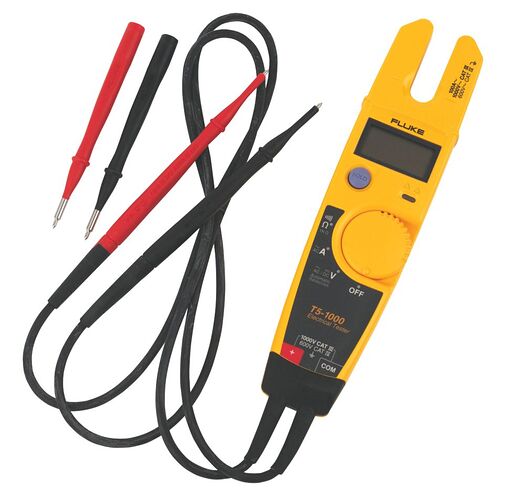 Order online at Screwfix.com. Checks voltage, continuity and current with one compact tool. Select volts, ohms or current and the tester does the rest. Precise digital display. FREE next day delivery available, free collection in 5 minutes.

Fuck me Nick, £170 Fluke Meter for drones? Lol That definitely doesn’t have a diode setting unfortunately. Have you tested continuity of your Sbus wire from Vista to FC yet? Also you can try wiring the Sbus to a different Uart as Richard suggested also just to rule out an issue with the Uart on the FC

LOL… it was a complementary 1

Iv tested the wire between the 2 pads

Here’s something else to try maybe.

You can actually view the signals being sent along the sbus wire using a logic analyser.

I bought one ages ago when I was having problems with a FC not supplying a signal to an ESC. It turned out the signal wasn’t getting off the microcontroller to the ribbon cable.

Here’s the one I got:

Yah not working on RX5 either

Strange one this one