Hi there
I have been asked to undertake interior and exterior survey of a large warehouse that is pretty much right next door to Heathrow Airport. Never seen so many warnings and advisories in my life :). Although it may be technically possible to get permission to fly externally I’m going to leave it as the client is more interested with the interiors shots. So…

As I will be in a strict high profile NFZ would I still be able to fly freely indoors? Would the DJI or Litchi apps stop me from flying in such an area?

would I still be able to fly freely indoors?

Not with a DJI drone.

Would the DJI or Litchi apps stop me

Yes, there is a version of the DJI “flysafe” database stored in the drone too, so the drone will stop you flying regardless of the app you use.

Depending on exactly where the property is located you might be able to apply to DJI for a temporary unlock.

Got access to an Autel or Yuneec drone? Or any non-DJI drones for that matter? They won’t have any of these issues that DJI drones have.

Depending on your model you could potentially hack it (search here; hundreds of threads on modding).

I think it is worth a try with the dji flysafe site. If you use import and create a circle around the building and choose the max altitude to be the height of the building they may give you an unlock. They make you tick several disclaimers that ultimately absolves them of any blame so I think they may approve it. Uploading a letter from the building owners requesting the indoor flight will probably help.

Surely some tin foil on the drone to make sure it doesn’t get a GPS fix, which is unlikely anyway inside a warehouse, would prevent the drone knowing it is inside a FRZ?

The CAA clearly state they have no interest in flights inside a building.

This is what is so wrong with DJI, the CAA have no restrictions on indoor flights yet an AI program on a database in China is the deciding factor on whether you can fly or not.

Or a 3M pole and GoPro/Insta

The db will have no knowledge of the presence of buildings so won’t know you’re indoors. It’s quite possible there will be no GPS lock indoors anyhow, so the inhibit may not exist.

I don’t know if DJI assumes “last known position” though so might be best not to power it up outside first!

I’ve flown inside a warehouse with a DJI that did at first refuse to allow it due to being in Manchester airports flight paths. Tin foil sorted it flew over an hour getting to shots I needed

Whatever, in my mind it is still wrong that a database held in China can over ride CAA permissions, that is why I bought an Autel.

that is why I bought an Autel.

I saved a few quid and bought DroneHacks

Did that mean the drone was unable to hover still? I’ve hear that if it doesnt pick up GPS then the drone will tend to drift. Potentially dangerous in my case where people will be moving around the space.

Thanks will try that.

Well thats pretty amazing. Put in an unlock request to DJI and its was approved within 10mins. On a Sunday. 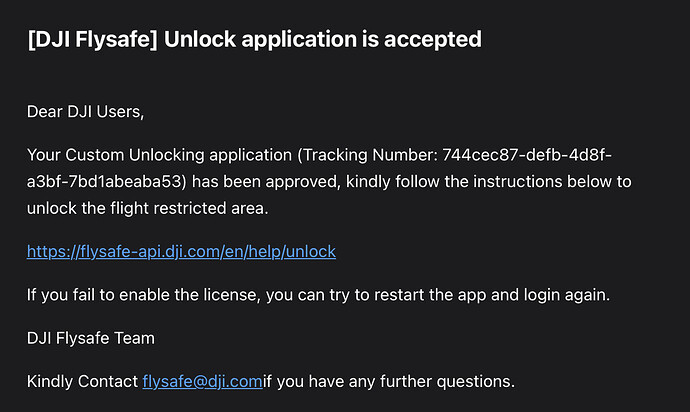 I put Drone Hacks on my Mini 2 but still begrudge having to pay for something that should be totally unnecessary and you still have to be careful with updates because DJI thinks you are playing a game and tries to block Drone Hacks with each new firmware update. Ridiculous, treating responsible drone owners like kids. My Mini 2 now has a new owner.

Well thats pretty amazing. Put in an unlock request to DJI and its was approved within 10mins. On a Sunday.

Just for reference what did you request / supply evidence?

Just in case anyone finds this in the future.

I simply went to the DJI page to submit a NFZ exemption request citing the rules set out for indoor flying by the CAA alongside a screenshot of the rules. Thats it. Whole process took 5mins to complete. 10mins late it was approved by DJI by email.

Still 10 minutes of your time wasted asking permission from someone in China to do something in the UK that you already have permission from the UK authorities to do…SO WRONG.

Agreed. Ridiculous really. How can we change this? Complain to the CAA?