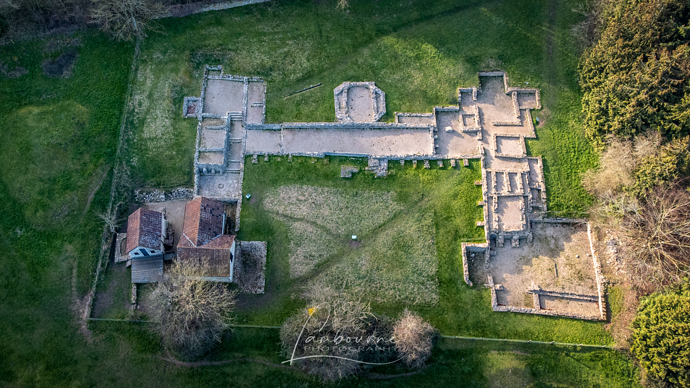 This location has been recommended to fly your drone in the English Heritage category in the South West region.

The remains of this large and luxurious Roman villa lie in a peaceful setting near the Cotswold Way. Once at the heart of a large country estate, the villa was built about AD 250, and lived in until the 5th century. The remains include a bathhouse complex and perhaps the shrine of a water spirit. Mosaic pavements (preserved within a modern building) hint at the villa’s opulence in Roman times. 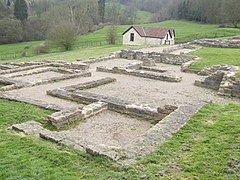 Great Witcombe Roman Villa was a villa built during the Roman occupation of Britain. It is located on a hillside at Great Witcombe, near Gloucester in the English county of Gloucestershire. It has been scheduled as an ancient monument. The Roman villa at Great Witcombe is thought to have been built during the first century AD, and was probably occupied until the fifth century AD. These date ranges are largely based upon coins found during excavations of the site. The villa itself is sited in an ...

The originator declared that this location was not inside a Flight Restriction Zone at the time of being flown on 12/03/2022. It remains the responsibility of any pilot to check for any changes before flying at the same location.