Hello all, wondered if someone can help and advice? Going to see Clifton suspension bridge and would like some footage, i’ve checked on the dronescene for restrictions etc and checked the Clifton bridge website which states no drones within 50m.
See below map for bridge no fly zone.
I have checked the byelaws which was attached to a request on here by Simon Hawkins and the bristol council website lists certain streets where them byelaws apply.
These Model Byelaws should be read in conjunction with the Guidance Notes for Model Byelaw Set 1 (bristol.gov.uk)

I think i’ve found a spot called “The Lookout Lectern” next too Sion Hill in Clifton, which has no byelaws etc and no restrictions aslong as i don’t go into the 50m zone, i would literally like to just go upwards and a little out to get some Ariel footage. I looked on satellite view on google maps, checked with the bridge map and the dronescene maps.

I’ve personally flown here plenty of times (see video) and launched from the grass up by the observatory. I’ve never had any issues. It has always been really quiet when doing so though. 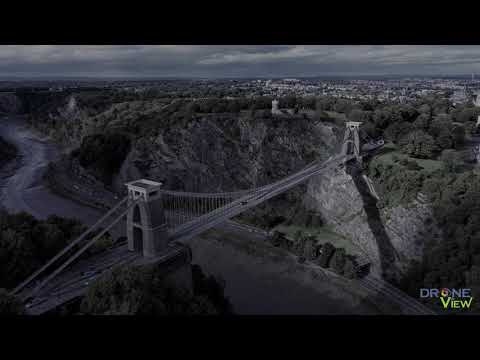 Personally I can’t see how the bridge’s “drone no fly zone” can stand legally although I kind of understand why they would want people not to fly too close, in my eyes I wouldn’t want to be within 50m of it should something go seriously wrong.
Having looked at the Drone Safety Map site there’s the railway below which is called out as a risk and (in theory) you are “requested” to contact them before overflying within 50m (although they don’t make it easy). TOAL on the rail line is by authorisation only but I doubt you want to do that.

Very Enjoyable…
Did I see another Drone fly from the right of your clip to the left…Looked like one, moving really fast,or am I seeing things ?
Cheers.

Possibly, Think my Father in Law came along that day. Very popular for droners, everytime I fly you can guaranty there’s someone else doing the same.

At least they managed to get the wording right, as in no mention of overflight…“25. No person shall cause any power-driven model aircraft to:
(a) take off or otherwise be released for flight or control the flight
of such an aircraft; or
(b) land in the ground without reasonable excuse;
other than in a designated area for flying model aircraft”.

Anything that uses the word “prohibited” and doesn’t cite any actual regulations is usually just nonsense.

When I went, I flew mine from the top of the hill where the observatory is with no problems. It’s more than 50m away so technically doesn’t break the rules but still very good viewpoint.

I have flown from the Observatory but didn’t risk flying out over the Gorge and the road beneath. Whether you can take off from there will depend on the weight of your drone and qualifications - cos of the proximity to buildings and uninvolved people. Even with a sub-250g drone, CAA CAP722 says “Flight over uninvolved people should be avoided whenever possible however, and extreme caution should still be used.” Hence I don’t fly over busy roads.