The original Inspire v1 shipped with 350kv motors whereas the v2 shipped with 420kv motors. This was to give the v2 more oommff when carrying the Zenmuse X5 camera.

To perform this upgrade you’ll need four 3510H motors and ESCs (it’s not enough to change just the motors on their own): 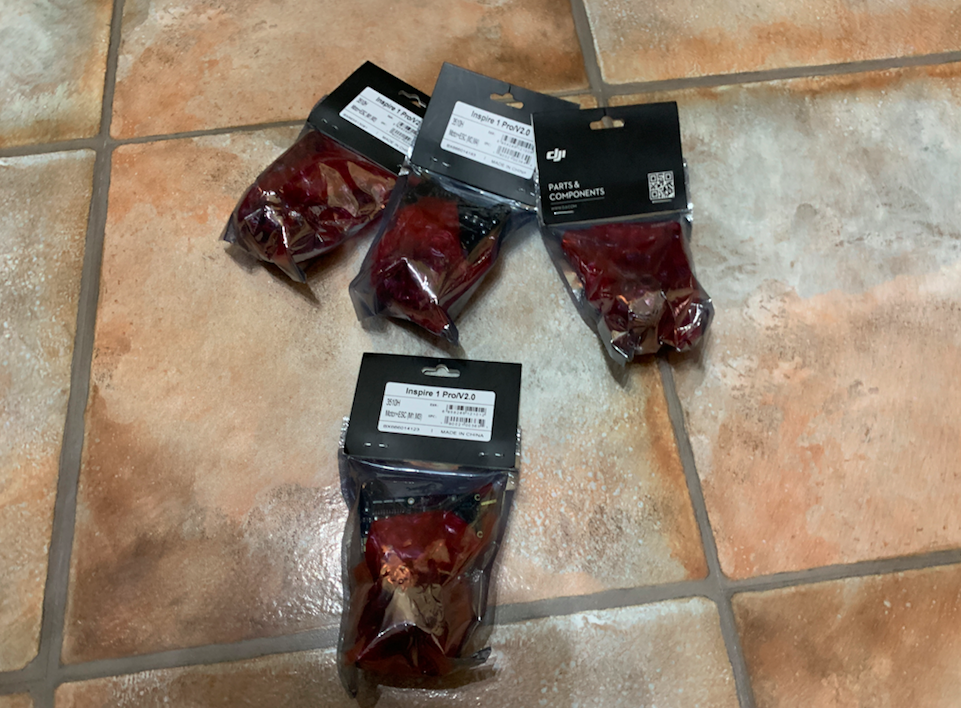 Be sure to get two M1/M3s and two M2/M4s for the opposite corners (black tops vs silver tops).

That said, it doesn’t matter too much if they’re all the same, you’ll just need to get the soldering iron out and swap two wires over on the ESC board

Then all you’ll need in terms of tools are a 2mm allen key for removing the motors, a tiny precision-type phillips for removing the ESCs and a pair of long nose pliers for reaching down the tubes to pull the power cables out.

Right, on with the mod! 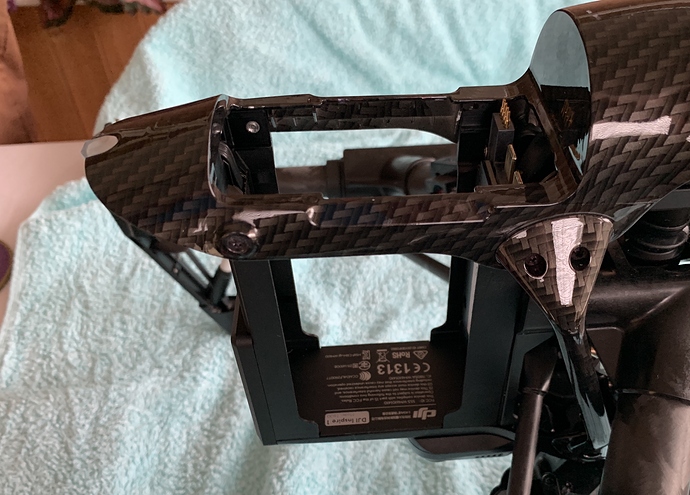 If you’ve done the quick-release propeller mod, remove this first: 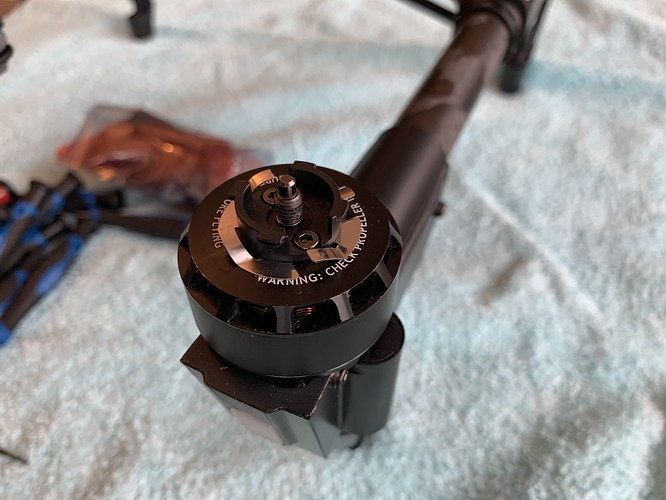 Next up, remove the six allen bolts that hold the leg on to the arm. Three bolts on each side.

Note, the two bolts under the motors are longer than the single bolt in the arm.

With the six bolts remove you can lower the back part of the leg. You can just see the ESC board in here too. 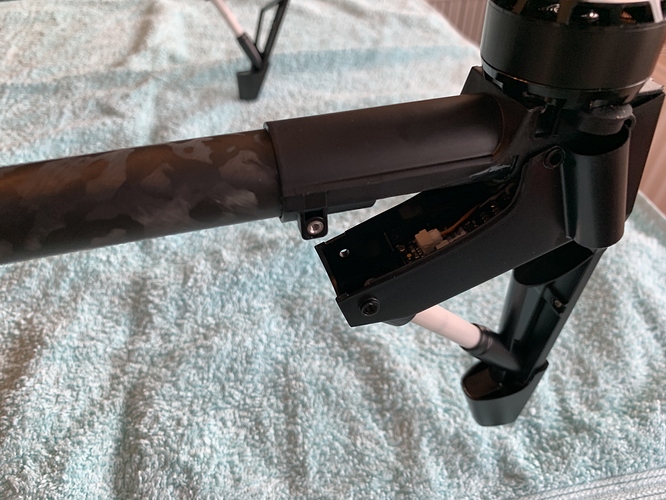 There’s a bit of hard-tape covering this gap on the front. No idea what that’s all about but there’s a hole underneath it where the cable goes to the motor. Why didn’t they just mould the leg properly 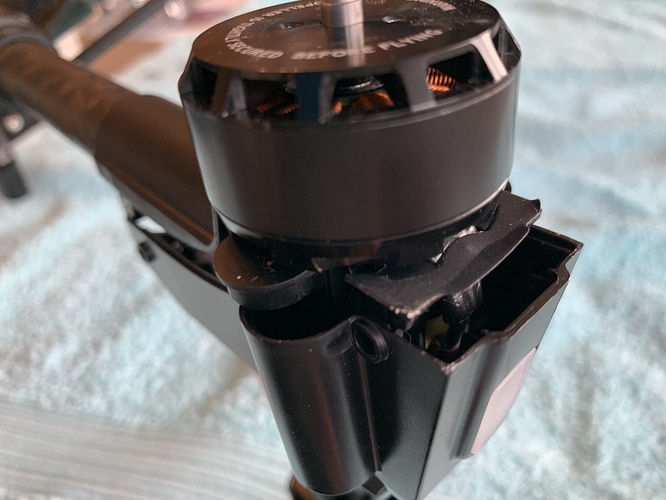 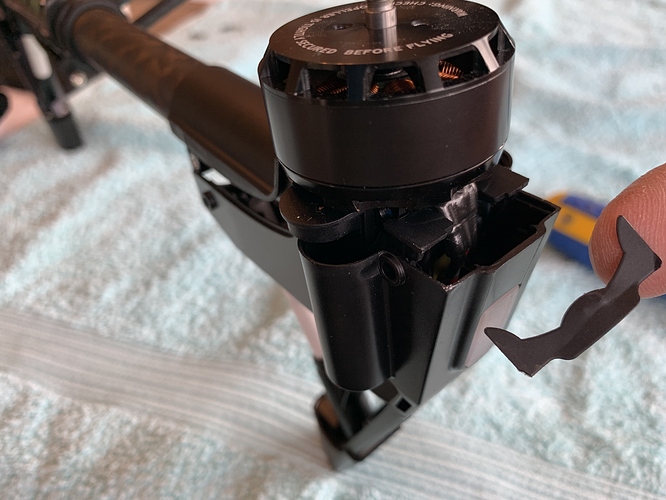 With the tape removed you can now tilt the motor forwards and separate the front part of the leg from the arm.

BE CAREFUL from this point onwards.

There is an antenna in each leg with a single thin wire connecting it. This prevents you removing the leg fully and makes things quite fiddly. 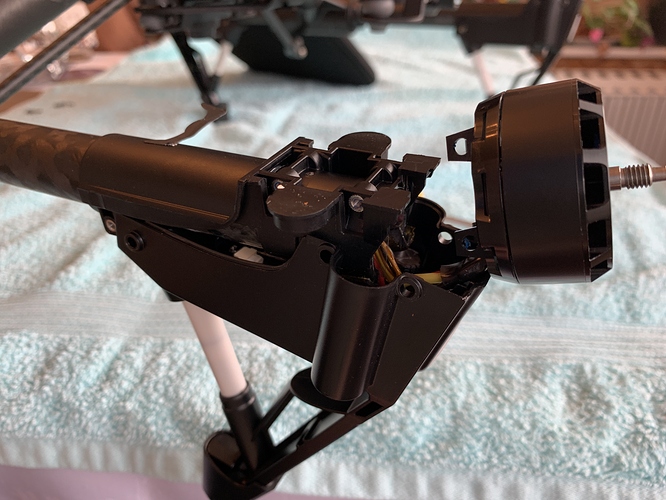 Tip the motor to one side and peer down the tube.

Using your long nose pliers, grab the red and black connectors and gently pull them out of the arm. 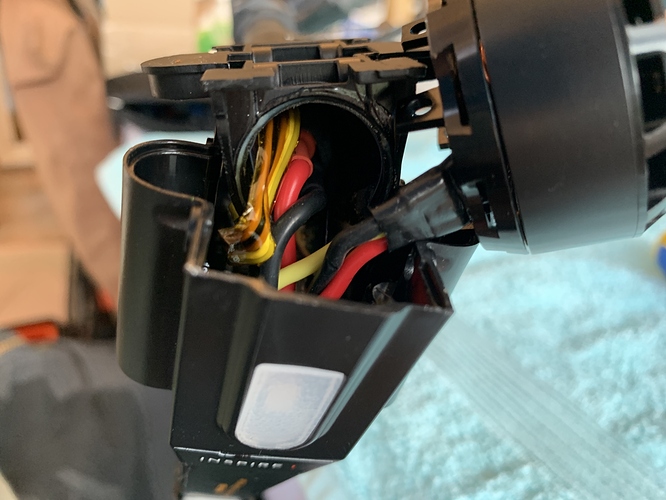 This is them at their full extent, you don’t have much slack to play with. The connectors are covered in a bit of padded tape. 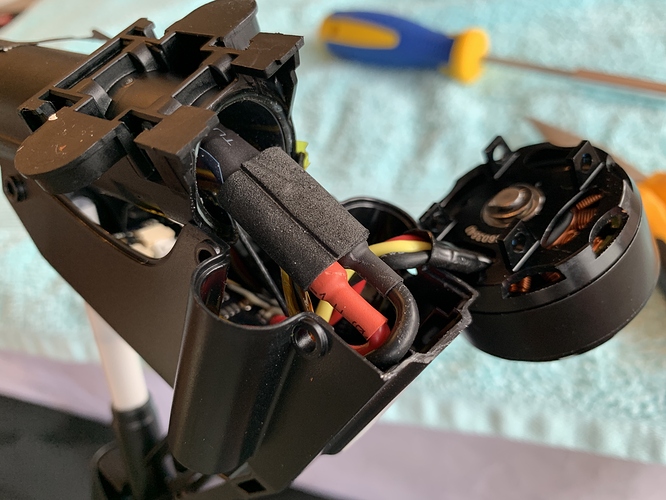 Remove the padded tape - keep it safe, you’ll need to put it back later.

You can now disconnect the two power cables, they just pull apart, albeit quite stiff. Again, be careful with that antenna wire! 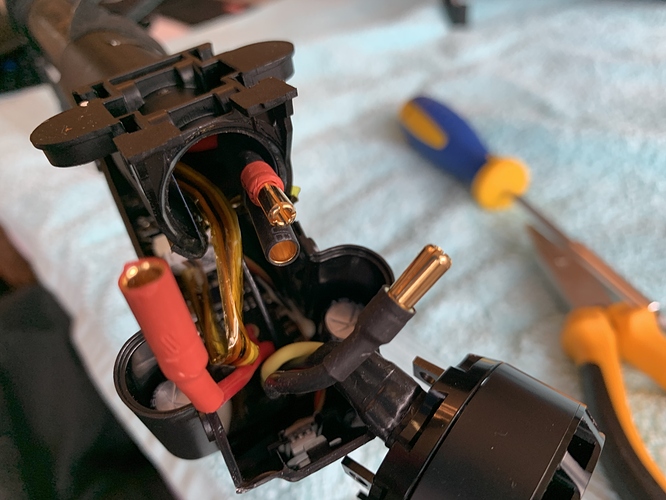 Now disconnect the LED power cable (top) and the ESC control cable (bottom) from the ESC board itself. Press down on the latch to release the connector.

You’ll also notice some DJI white mastic holding the ESC in place here. It’s flexible, I think they use this to see if you’ve been tampering re warranty etc.

A couple of my LED wires were under the mastic, so a bit fiddly to remove carefully. 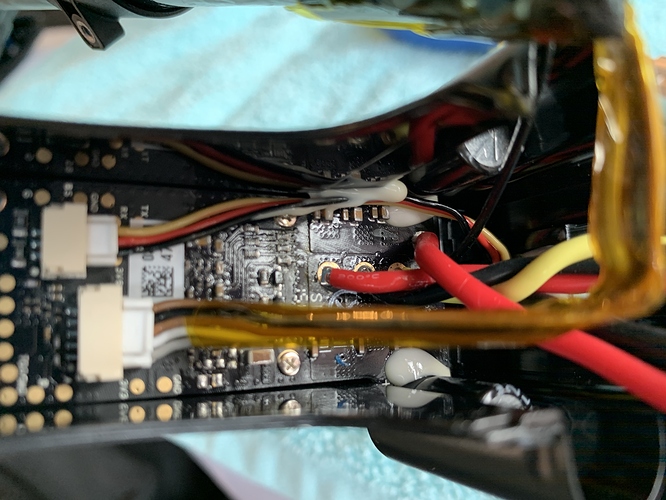 Using your tiny phillips you can now remove the four screws that hold the ESC board securely in place. 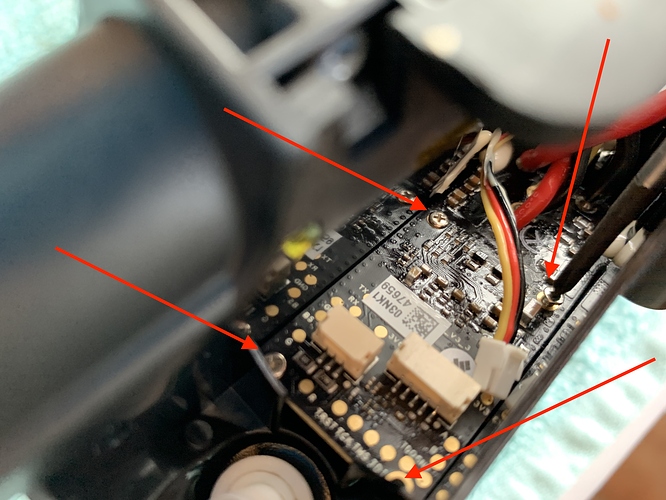 With the motor and ESC removed you’re now left with an empty leg.

You can see the black antenna wire here, you’ll have one of these in each leg with very limited slack 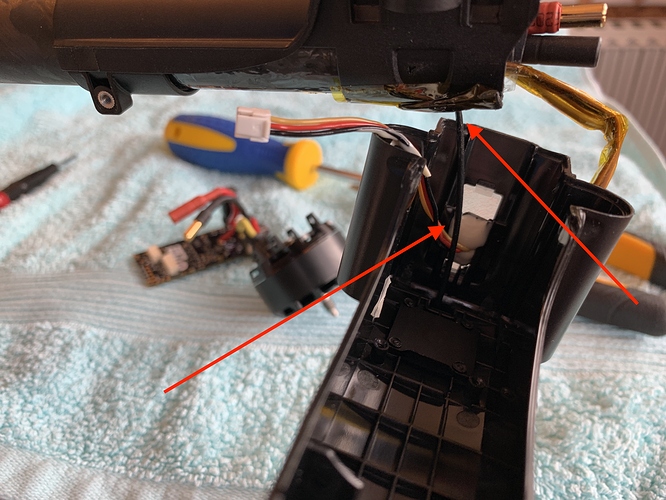 These are the longer allen bolts I mentioned earlier, you can see how they pass through the metal lugs on the bottom of the motors. 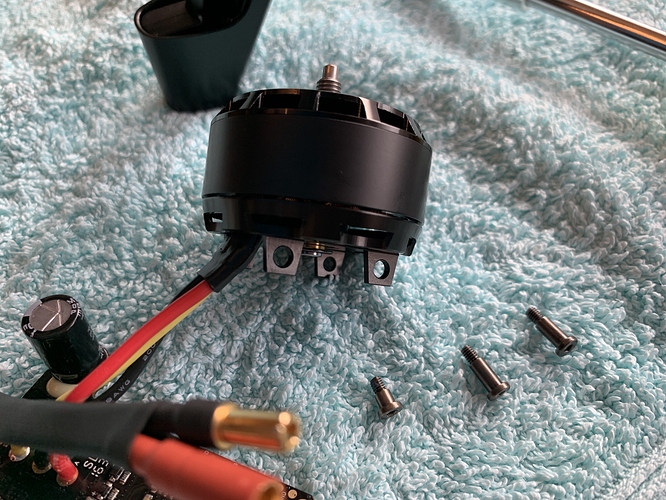 Side by side comparison with the 3510H 420kv motor on the right. 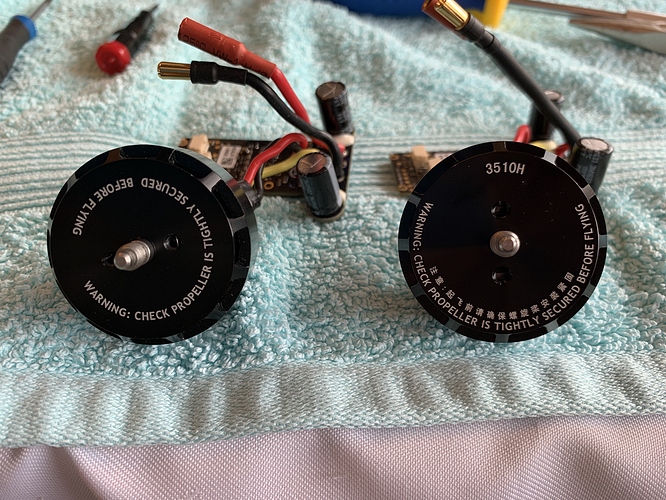 Reassembly is the exact opposite of the disassembly. 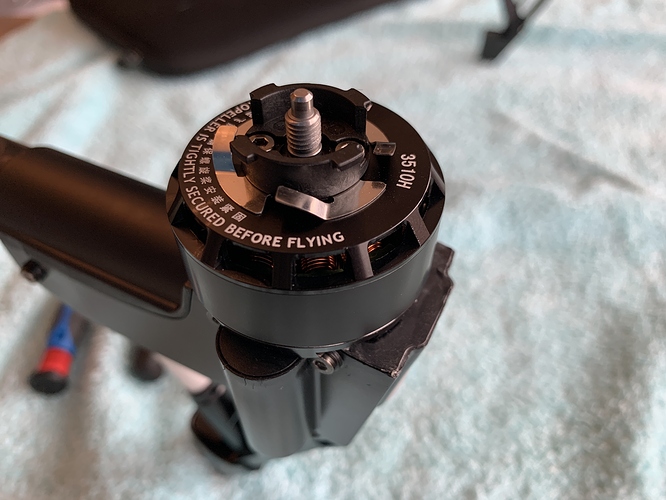 A word of caution to anyone doing this mod.

Don’t remove all four motors at the same time, you WILL get them mixed up.

Do them one at a time and be absolutely sure you’re swapping like-for-like with the wiring to the ESCs.

Power on and test, they sound pretty cool too

I don’t have an Inspire, but if I did, I’d be grateful for such explicit mod instructions like this

I’d be grateful for such explicit mod instructions like this

That’s the only problem @Steviegeek

Typing all these guides up, along with photos, sometimes takes longer than doing the mod itself