The Ardeer peninsula was the site of a massive dynamite manufacturing plant built by Alfred Bernhard Nobel (October 21, 1833 – December 10, 1896), inventor of dynamite, and founder of the Nobel Prize. Having scoured the country for a remote location to establish his explosive factory, Nobel finally acquired 100 acres (40 Ha) from the Earl of Eglinton, and established the British Dynamite Factory in 1871, and went on to create what was described then as the largest explosives factory in the world. The sand and dunes on the site provided natural safety features for the plant and workers, further enhanced by the formation of blast walls and bankings, designed to direct the force of an explosion upwards and away from neighbouring facilities, rather than sideways, which could have resulted in a chain reaction which could have spread throughout the plant. 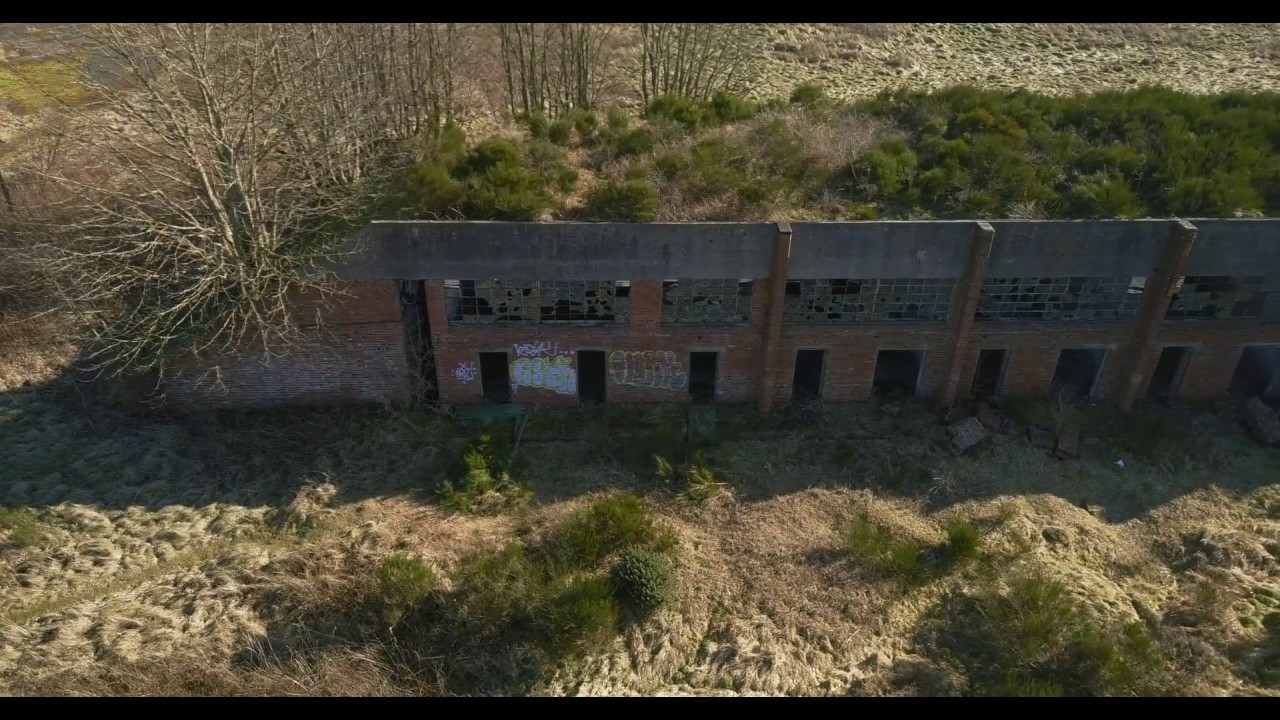 I’ve known about this place for many years - and what it was created to manufacture
.
But, I was unaware that it was Alfred Nobel, himself, that created it.

So you get Googling …

And, considering what they were making, few incidents (5 explosions) and deaths …

It was a massive plant and I only flew over a fraction of it.

Some of the site is still live and its hard to work out the boundaries from the air. The perimeter fences had what looked like motion detectors wired around them so thought it best to be cautious and fly well away from it.

The large chimneys in the background is the sites coal fired power station. Went in through the basement for a look around. Vast, pitch black and the noise of metal clanging and pigeons moving freaked me out, couldn’t get out fast enough. Had originally planned to get to the top for some photos.

There once was loads of documents, photos and reports of shaped charge research and testing lying around. Also documents of cutting submarine cables with explosives.
Seems they are all now vandalised or pinched. Some of the stuff should have been in a museum.

Even this wooded area shows signs of what was once there, and now grown over.
Fascinating place! 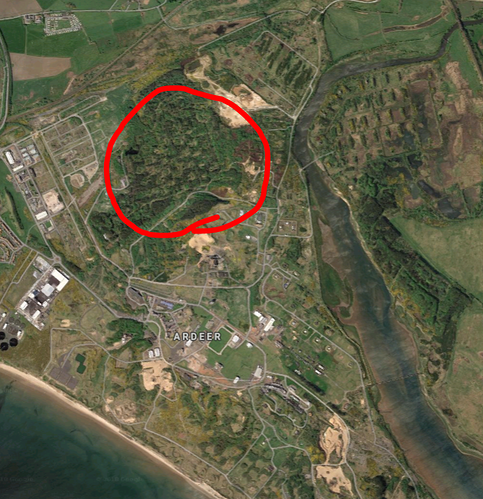 That area has buildings and weird concrete structures scattered all over the place. I went through it to get to power station which is at bottom tip of your circle, got a few videos on yi4k+ & gimbal, .

Ill upload the footage when I work out how to get them to play with premiere.

ll upload the footage when I work out how to get them to play with premiere.

Tried using Avidemux to repackage the video?
It doesn’t change the contents in any way (if used just to repackage), and as a result really quick.
had to use it the other day for an MP vid that wouldn’t play, for some reason.

Nicely done @callum and what a fascinating and scary place.

Downloaded and giving it a try. Looks like that’s going to be very handy.

Tried repackaging but still not able to drag into timeline. Recognises the audio but not video.

2 out of the 10 files can be imported and they are all same resolution and format.

Will try again tonight after work

You can use Avidemux to re-encode, if necessary. It can do so with minimum loss … often resulting files can be bigger than source!
Your next GoTo app is Handbrake - better for re-encoding, perhaps, thought both good.
If you can get Avidemux to create a working re-package using “copy”, at least you know NOTHING is changed in the encoding.
Both these apps are in my list of things to install on a new computer. When I need them it’s usually on a “right now!” basis. LOL!

Cheers for the advice.

On a side note, just watched this video on tv through YouTube for first time.

Seems to be a lot of flicker/pulsing. Didn’t notice this on original files so can only assume it’s related to encoding with premiere. Will need to check the file before YouTube upload later.

What’s the best output format to use? I think I chose h265 hevc.

Should I be sticking with h264, same as mavic?

The Mavic records in H264 and that is much less processor intensive when compared to H265. YouTube is likely re-encoding anyway, but to be safe I would stick with H264.

Seems to be a lot of flicker/pulsing.

I’ve just sent to my Chromecast from YouTube … no noticeable flickering. (It’s a Gen1 Chromecast … so only 1080p)
Also played the 1440p stream on my laptop … again, can’t see any flicking.
Worse at any particular point? If so, give me the time and I’ll re-check.

What’s the best output format to use? I think I chose h265 hevc.

You just found the limit of my detailed(?) video codec knowledge.

As I recall, both apps allow you to specify compression … or bit-rate … so for a copy to use to edit, I’d always go for min compression / max bit-rate … and then the codec shouldn’t matter much.
Much like when editing, especially if one edit will be included into a later edit … space is cheap these days and compression is your enemy … until you need a final output and need to be sensible.

Luckily processors/GPUs are now fast enough you don’t need to convert to AVI, or similar, before editing. That was when space wasn’t so cheap … and it ate the stuff up!
Some years ago I thought common sense would prevail and the crazy number of codecs would be reduced to a few sensible ones. What happened? They just added loads of new ones! It’s a bewildering minefield that I doubt many professional people in the world fully understand.

The clip at 35s had a lot of flicker if I remember correctly.
I’m not seeing it on my phone at 1440p.

Must just be my TV. I’ll try it on the bedroom one later.
Thanks for checking.

Ardeer peninsula was the site of a massive dynamite manufacturing plant built by Alfred Bernhard Nobel (October 21, 1833 – December 10, 1896), inventor of dynamite, and founder of the Nobel Prize

To be fair, most of what be developed was used for mining and tunnelling, not killing.

And, considering what they were making, few incidents (5 explosions) and deaths …

This makes no sense either!

My laziness … 5 explosions, and I couldn’t be arsed to add up the deaths … but not many.

Actually - seemed to be original newspaper reports. They hadn’t discovered sensationalisation, so the numbers were rather hidden in some of them.