Set up in BetaFLight, did some LOS practice first and it’s beautifully dialled in (and toned down to beginner’s rates!)

Flew FPV for the first time this AM, went up to 50ft, out to about 150ft was nice and crisp, banked right and got flicker first then complete black screen signal loss. I then dropped the power and then killed it when my spotting buddy shouted yikes at about 10ft up!

I’m using the Makerfire cheapy FPV googles with 14db patch antenna and the other one is the mushroom style. It’s obviously not the best but I’ve used it successfully on fixed wing with an AKK VTX out to 400m+ (I also stepped up through the power on the Succex. but this seemed to make little difference and was same result on second flight.)

So - are the control RX and VTX antenna too close together? I’ve seen loads of vids with this quad being flown at fairly significant range on stock set up so I’m a bit hmm…

All recommendations re alternate antenna or other options for improvement gratefully received!

What power output did you have the VTX set to? I believe mine was set to 25mw out the box?

Also what RX are you using? FrSky? TBS?

Tried across the range from 25mw to ummm…

The RX is the SucceX Force 5.8GHz 800mW VTX Adjustable

What receiver as in control RX FrSky XM+ TBS Crossfire ect ect? I’m pretty new to FPV myself and I haven’t actually flew my Nazgul5 V2 yet so I can’t really say if I’ve had or will have the same issue.

Be careful watching videos on this quad as it has many different configurations all of witch will have different results.

Was you flying around any trees? As these will usually cause video break up and it would be even worse if they are wet. Just an idea.

Are these the goggles and antennas you’re using? 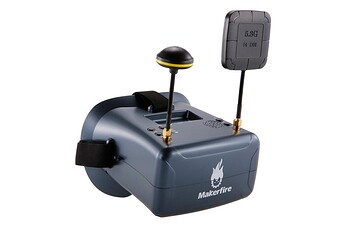 Do you know what polarity the antennas are operating in i.e left or right hand polarisation?

If the antenna on your quad uses the opposite polarity to your receiver then the signal loss is very high.

The Nazgul5 V2 uses a RHCP iFlight Albertross Antenna. And good call on the polarity

Thanks loads for replies folks - I’ve just been back out testing again. @Nidge - yup, that’s the badgers exactly. I also tried replacing the stock vtx antenna with a mushroom type to match googles.

I just forced the googles onto the matching band (R3) rather than letting it auto-search, this seemed to be a distinct improvement tbh!

That’s one of the problems with cheaper auto scanning receivers is that they’ll lock onto spurious signals, especially if you’re close to the transmitter.

A useful tool to have in your kit bag is OTG UVC receiver you use with an Android device. As they scan they plot the received signal levels so you can see the strong signal on the intended channel and the spurious signals. 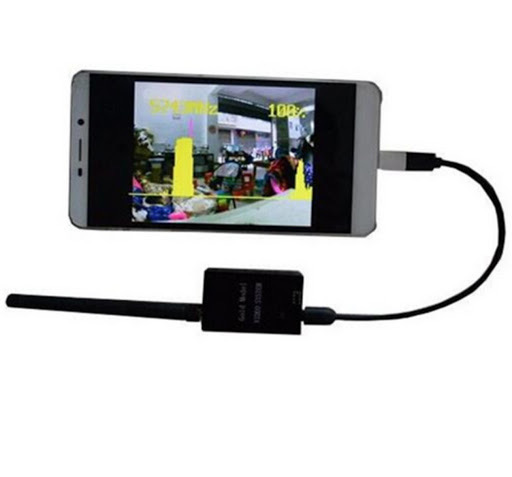 They’re also very useful as a bench tool, work as a DVR, and can be used as a FPV headset with a cheap VR headset. Prices start at about £12 from Banggood.

I have sooooo much to learn: 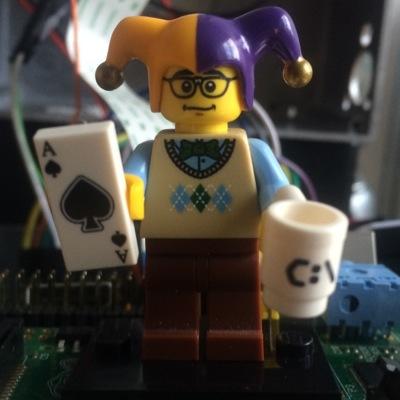 If the video dropped out was it static or black screen. This is important.

If static it’s the vtx that stopped transmitting or went out of range. If black screen the cam stopped working. Either way check connections to both

Been out again today and, disappointingly - exactly same issues

I bought a Foxeer Pagoda that I saw recommended. I have RH on both goggles and quad and everything is fine until, I’d estimate, about 100ft out then anything beyond that the picture breaks up and becomes unusable static. I’ve tried now on all power settings on the VTX. The goggles are far from brilliant but I’ve had far far greater range than this (400m+) with an AKK cam and transmitter previously. That was fixed wing so the antenna were a lot further apart.

All pointers gratefully received at this point - I was expecting far better quality reception. It’s basically unusable in its current state.

What else are folks doing to improve signal (beyond going the digital route which is not an option atm!)

Can you post a picture of your quad? So we can see where the vtx antenna is?

Flew my Nazgul5 V2 for the first time and having the VTX set at 800mw I had absolutely zero break up even behind a tree over 150yards out. I agree with @notveryprettyboy post a photo of your antenna position if you haven’t changed it the stock antenna is RHCP it’s an iFlight Albatross antenna. Do you have anybody else with goggles who can be on the same channel as you fly? If they break up as well it will rule out the goggles as the issue?

Also might be worth checking the pin in the SMA connector to make sure there isn’t any damage.

Cheers for swift replies - @DeanoG60 - that’s what I was expecting! - What goggles are you using?

This is the Foxeer I have on it at the moment - the stock is sitting on the desk. Wondering what the issue is now as it’s clearly borked. 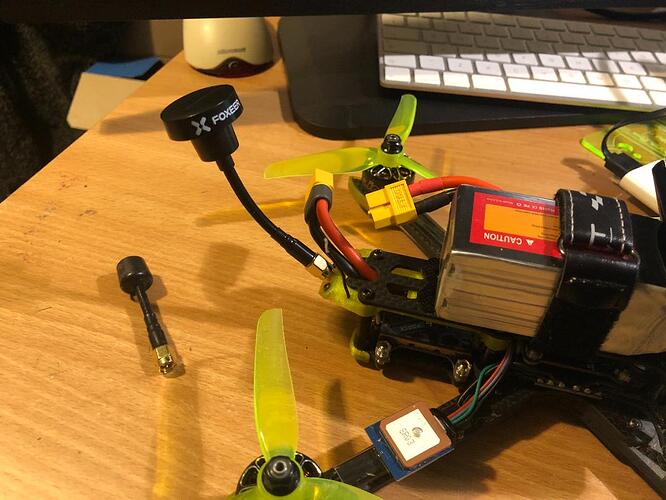 Its looking that way.

Could the VTX be locked at 25mw? Sometimes it will let you change the settings and the OSD will display the higher power but due to it being locked won’t actually go above 25mw? Just an idea. I never had to unlock mine but then I might of just been lucky. Might be worth some research?

I’m using the Fatshark Scout box goggle. And the stock antenna on the quad. Double check your channel settings and make sure they match (set your band and channel in betaflight so you know 100% what your VTX is broadcasting at) as I managed to fly mine with my goggles on the wrong channel yesterday (video was still fine though) lol. Then double check your goggles are receiving on the same band and channel. Personally I’d use the Racebands and channels